At the PPMA Total Exhibition on the FANUC stand a collaborative robot, or cobot, designed for working safely with human colleagues, will be challenged to work alongside a caged cell containing a conventional robot. 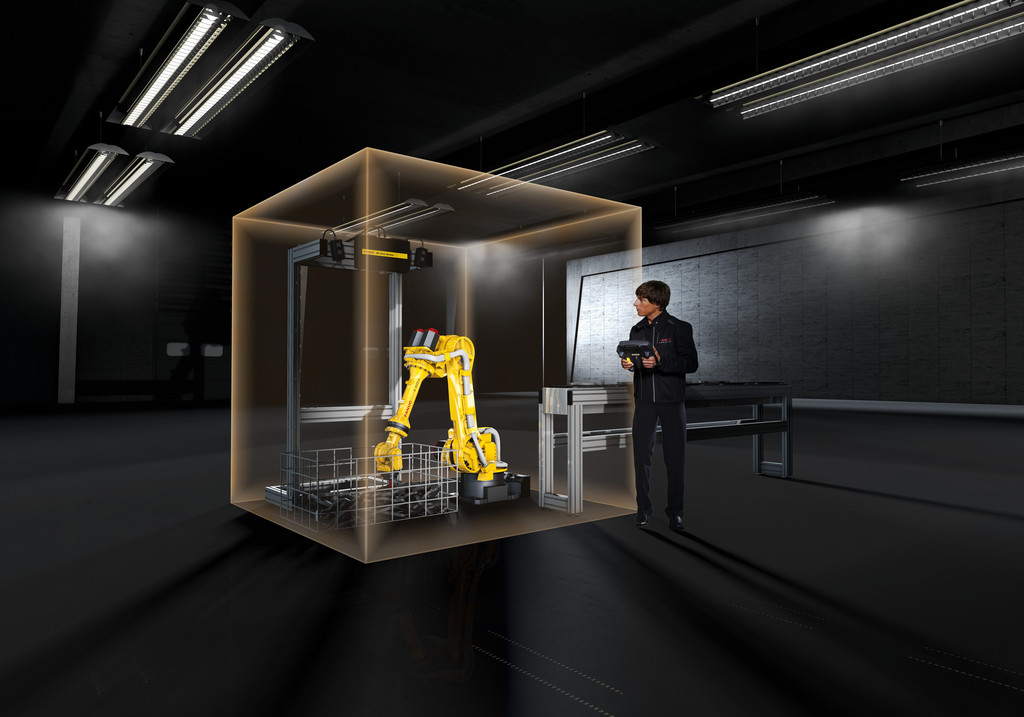 Over the last couple of years, the first generation of collaborative robot has been revolutionising the way in which robots and humans work together. In contrast to traditional robots, which cannot operate in an operator-occupied workspace without safety fencing, these cage-free robots can work side by side with humans on shared or separate tasks.

In the conventional cell, which is completely open on two sides, FANUC’s Dual Check Safety (DCS) technology is combined with a safety scanner and safety camera. The robot will slow down to a safe speed as humans approach the cell, but will only stop when a hand moves into the cell itself. This allows them to maximise productivity and not spend unnecessary time ramping back up to full production speed.

Now, just as when a human intruder penetrates the safety system, the robot in the cell will likewise react if the collaborative robot gets too close.

The game-changing human safe CR-35iA robot has an impressive 35kg payload – higher than any other collaborative robot on the market, opening up applications that have previously been off-limits for both traditional industrial robots and lighter duty collaborative robots. Key target areas include automation assembly lines, metalworking and packaging.