FANUC UK is inspiring the next generation of innovators and programmers by showing them what a career in robotics engineering actually involves. 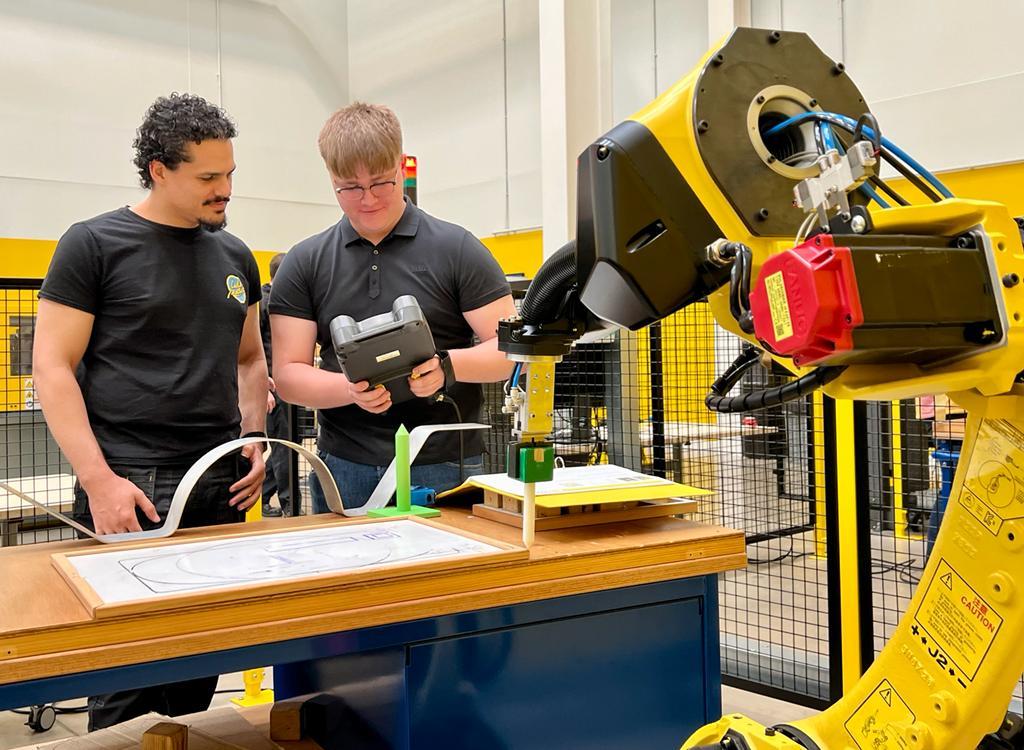 The robotics engineering industry needs to act now to address the widening skills gap within the sector by nurturing the next generation of talent, says industrial automation innovator FANUC UK.

It’s no secret that UK engineering and manufacturing are grappling with a serious skills shortage problem. The Institution of Engineering and Technology’s annual Skills Survey has highlighted an ongoing shortage of engineering skills for the last 15 years. And now this situation is being exacerbated by the rapid adoption of digital technology as well as the impending retirement of an ageing workforce, not to mention Brexit and the pandemic.

All areas of engineering are struggling to attract new talent but in robotics engineering, the situation is compounded by the post-pandemic boom the sector is experiencing. The latest World Robotics Report published this month by the International Federation of Robotics showed that in 2021, an all-time high of 517,385 new industrial robots were installed in factories around the world, and that globally, annual robot installations more than doubled between 2015 and 2021.

For the robotics industry to keep pace with demand and continue to forge ahead with innovation, it desperately needs more people who are capable of designing, building, programming and maintaining these complex systems, as well as teaching these subjects. That requires a wide variety of skills – in addition to traditional engineering, software and digital skills in areas such as AI are becoming increasingly important. Without these, market growth and innovation will be stifled. A healthy talent pipeline provides the capabilities for productivity growth at a company, industry and national level.

“The problem of skill shortages in robotics engineering is a huge concern and one that is not going to disappear – it is only going to get worse as the pace of digitalisation accelerates. The industry cannot afford to sit around waiting for policy makers to take action; we need to take matters into our own hands. That means engaging with schools, colleges and universities to inspire and enthuse young people about careers in engineering and automation,” says FANUC UK’s managing director Tom Bouchier.

The robotics industry has historically enjoyed a high degree of cooperation and knowledge transfer with universities and research institutions. Nevertheless, the profile of robotics as a career option is still very low among young people. Many are unaware robotics even exists as a career path – and it doesn’t help that there is no curriculum before GCSE level to get children interested in engineering early.

Another sticking point has been the lack of diversity. Engineering is the most male-dominated field in STEM (Science Technology Engineering Maths) and this gender gap starts with the lower take-up of STEM subjects at school – in a 2019 government study, girls accounted for just 14% of students planning to study engineering at A Level.

While government and policy makers acknowledge this is an issue, industry-led initiatives provide a quicker route to changing perceptions and enthusing young people about engineering as a career choice.

FANUC is deeply committed to supporting the development of the next generation of robotics engineers and is a Global Industry Partner for WorldSkills. WorldSkills supports young people across the world via competition-based training, assessment and benchmarking. Four UK teams made it through to this year’s Industrial Robotics National final. The winning team will then get to represent the UK on the international stage, competing against winning teams from other countries.

For World Skills UK Industrial Robotics 2021 gold medal winner Louie Heath who, with partner Brennan Wilson makes up the ‘2 Dudes 1 Robot’ team, there are considerable benefits to young people of taking part. “The World Skills UK finals were the most fun I've had in my life,” he enthuses. “To see our names announced as gold medallists was the most exciting – and relieving – feeling I've ever felt. I wish I could do it all again!”

FANUC’s Tom Bouchier says: “FANUC UK is proud to partner WorldSkills UK in jointly encouraging and inspiring budding robot developers and programmers through the Industrial Robotics competition. Supporting the development of the next generation is key to the continued growth of the robotics sector in the UK and Ireland and closing the current automation gap.”

Rachel Kenning is an engineer at FANUC UK and has previously sat on the judging panel. She says: “The WorldSkills UK Industrial Robotics programme is a truly inspiring and enjoyable experience for those who take part. It gives them an insight into what is possible with robotics and shows them that there is a whole industry and career path out there that they might otherwise never have been exposed to. And most importantly, it teaches young people that robotics can be exciting; robots are always fun to watch when they are moving around – especially when you are the one who programmed them.”