In moves intended to ensure the UK remains a global aerospace industry leader, the Prime Minister has announced a new strategic partnership between Boeing and the UK, as well as nearly £400m for new aerospace R&D projects. 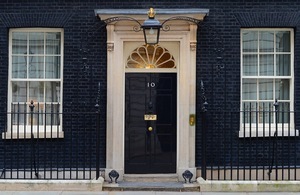 Ahead of the Prime Minister opening this year’s Farnborough air show, Boeing has confirmed that it will create 2000 new jobs in the UK and increase their R&D spending. Boeing and the government intend to work together to build a new £100m P-8A operational support and training base at RAF Lossiemouth in Scotland, creating more than 100 new jobs.

To ensure the UK’s continued position at the forefront of global aerospace, a further £365m worth of aerospace R&D projects have been approved. These are jointly funded by industry and government. These are part of the work of the Aerospace Growth Partnership which will publish a new strategy at Farnborough setting out plans to maintain the UK aerospace sector’s leading position. This includes a new supply chain competitiveness charter signed by 11 major companies across the aerospace sector.

Following last week’s NATO summit, the Prime Minister will also confirm the UK has signed a contract to purchase 9 new Boeing P8 Maritime Patrol Aircraft to protect the UK’s new aircraft carriers. This underlines the UK’s determination to deliver on its Strategic Defence and Security Review commitments and providing a clear sign of the UK delivering on its pledge to maintain defence spending at 2% of GDP.

The Prime Minister said: "Whatever uncertainties our country faces, I want the message to go out loud and clear: the UK will continue to lead the world in both civil and defence aerospace. We aren’t just open for investment: we are a place the global aerospace industry wants to do business – as Boeing’s long-term partnership with the UK proves.

"It’s also important to put government investment where it counts. That’s why we are jointly funding the new R&D fund with the aerospace industry and why I’m pleased we have today signed the contract for 9 new P8 Maritime Patrol Aircraft for the Royal Air Force, underlining the UK’s commitment to spending on vital defence."