Aerospace - from virtual to reality

A trend strongly in evidence at the SPS Drives show in Nuremberg in late 2017 was the emphasis being placed on virtual reality and specifically the use of the digital twin in manufacture and process design. 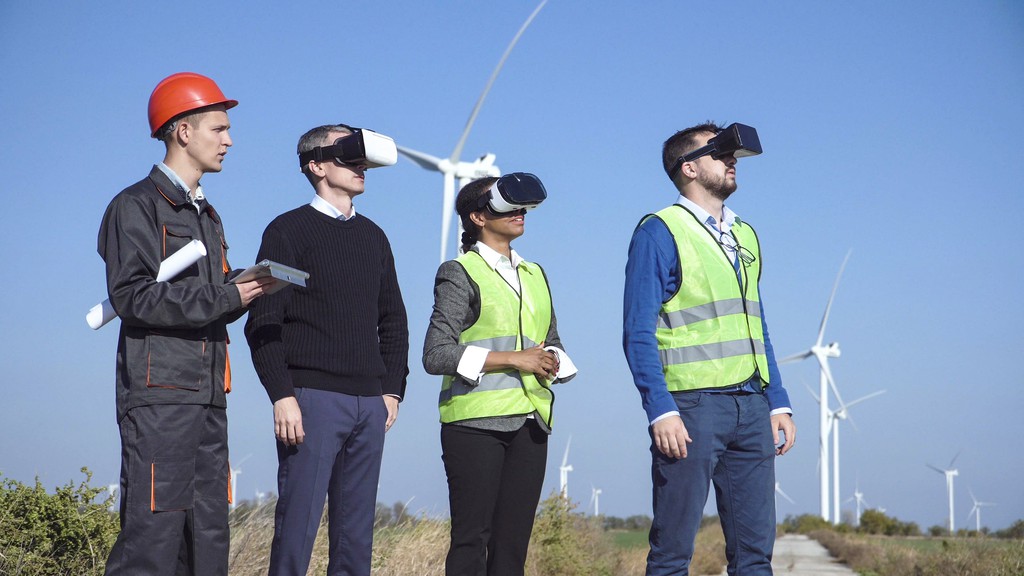 VR was first used in design engineering by the automotive and aerospace sectors to quickly generate product prototypes for a small cost. The latest advancements have introduced VR headsets, also known as head-mounted displays (HMDs) and haptic gloves. They enable users to visualise, touch and feel a virtual version of their design. Engineers can walk and interact with them, and can even make changes to the design from inside the model.

Digital twins are living models of a process that generate real-time operational and environmental data. They can predict failures, and reduce maintenance costs and unplanned outages. There is a huge upside in terms of productivity savings and shortened development cycles.

This process, which promises to reduce reliance on costly prototypes while accelerating time to market, is now starting to take root in the plant floor environment to optimise factory floor layout and validate control systems and automation processes. Digital twins can help familiarise engineers with critical machinery, components and actions virtually, long before they step out into the field.

Complex infrastuctures such as an airport can even be modelled to include all the systems needed to bring passengers to and from planes safely, along with their luggage, duty-free purchases, and other parameters. A digital twin of an airport can simulate interactions between people, equipment, and allows airport staff to simulate breakdowns.

A promising area is to set the stage for predictive maintenance. The idea is to make all the data usable for visibility and analytics. In this way, it can connect production with materials management, quality processes and maintenance processes. The product could even contain its own digital twin so the customer could diagnose problems.

One of the key benefits of aerospace and defence, we are often told, is the spin-off of technologies developed into other areas. Despite this, the uptake of composites by other industries has been slow, partly due to the difficulty of developing high volume manufacturing methods.

However, over the next six years, £47.9 billion is set to be spent on the operation, maintenance and renewal of UK railways. The industry is adopting composites materials at a rapid rate to help solve industry challenges, with use predicted to grow by up to 40% (£100 million) between 2015 and 2020 according to the Composites Leadership Forum.

Composite products can be custom manufactured to suit the application

The key properties of composites that are helping solve these challenges are their strength to weight ratio, durability, longevity and customisability. Composites' high strength to weight ratio means that smaller items like trench covers can be moved manually instead of requiring lifting equipment, larger items like train doors can operate faster and more efficiently, while even larger items like bridges can be built using less material reducing costs. Their durability means they perform year after year in all weather conditions and can withstand exposure to corrosive materials like salt and fuel. Their longevity means they last longer than traditional materials, reducing disruption which is especially important for products like sleepers. Finally, composite products can be custom manufactured to suit the application, instead of building on site, which enables fast installation, allowing products like FRP bridges, which can be installed overnight. 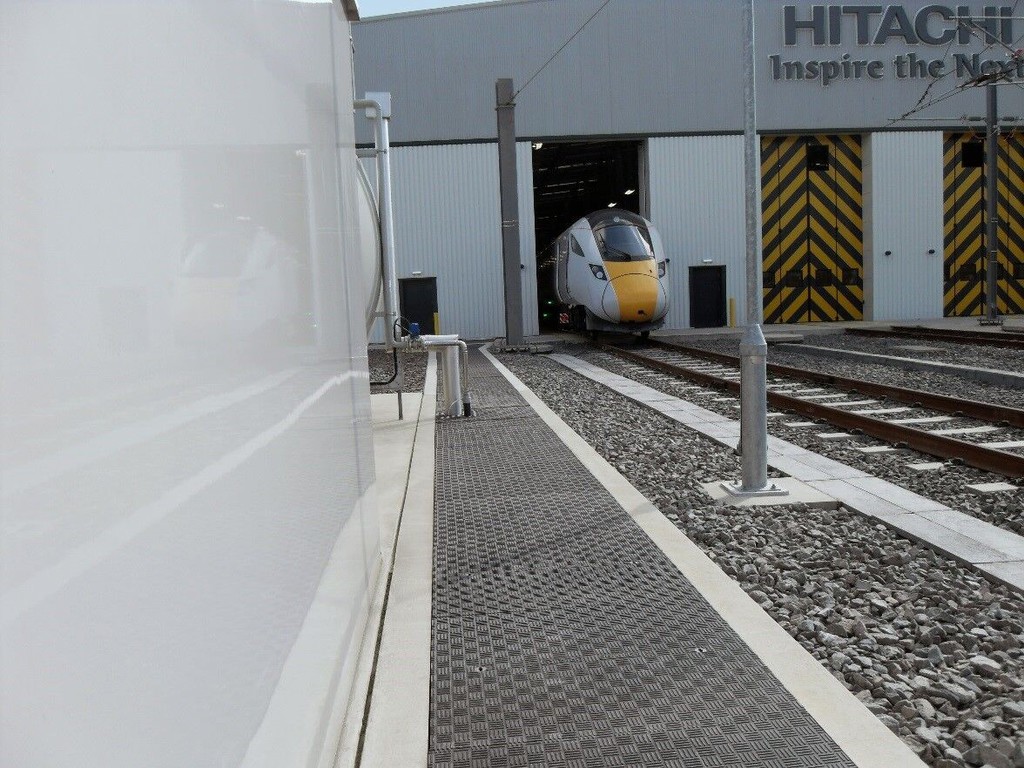 Spanish aerospace and engineering company, Indaero, has secured new business with several Tier 1 and Tier 2 Airbus suppliers following the use of Stratasys FDM 3D printing for the production of complex tools.

Indaero manufactures aircraft panels for Airbus, offering a comprehensive range of services including design, engineering, tooling, welding and painting. The company invested in a Stratasys Fortus 450mc Production 3D Printer. The move has enabled Indaero to extend its offering into lightweight, complex tools that cannot be produced with traditional manufacturing, further differentiating itself as an end-to-end design to production service. 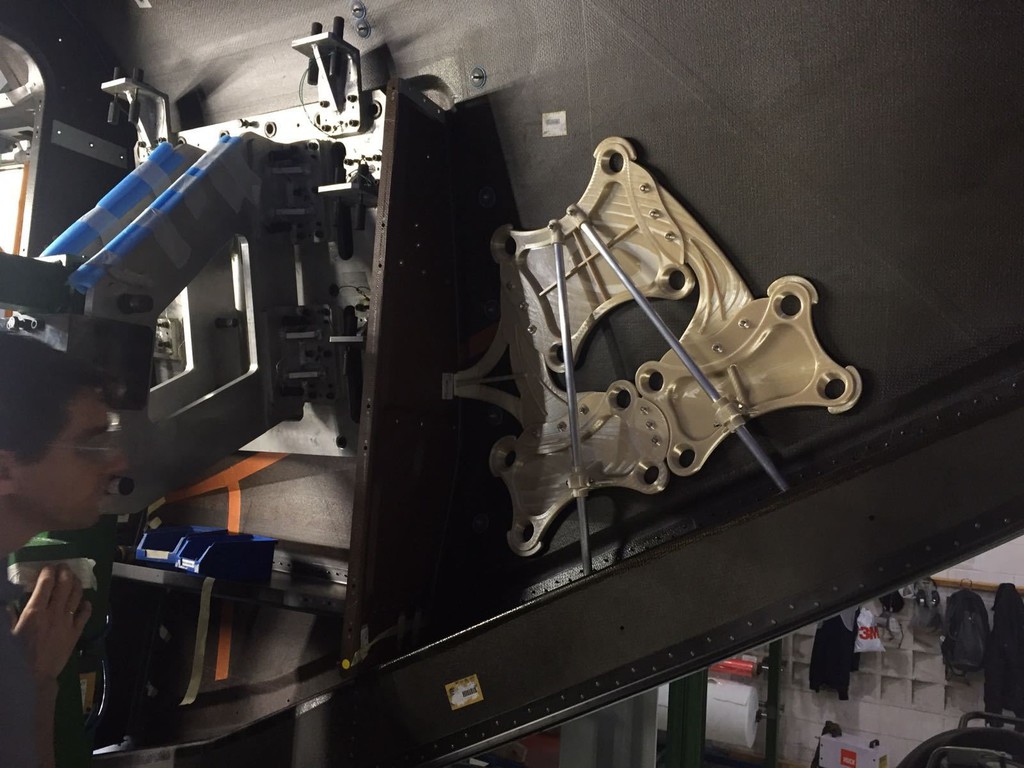 Crucial to achieving this is the ability to quickly design and produce complex curved geometries that perfectly fit the intricate shapes of the aircraft panels. Previously, the company was limited to producing flat shapes with traditional methods, which affected the performance of the final tool during affixation to the panel by workers.

“Aerospace is unlike other industries, producing high volumes of tools,” explains Darío González Fernández, CEO of Indaero. “To traditionally manufacture production tools, injection moulding or CNC machining would be used, but this would be very time-consuming and costly. With our Fortus 450mc 3D Printer, we can service low-volume production quickly and cost-effectively, producing many different tools on-demand to accelerate the manufacturing process and ensure we meet customer delivery deadlines. The importance of the Ultem 9085 material cannot be understated either; with its unique combination of high strength-to-weight ratio and FST (flame, smoke, and toxicity) certification, we can 3D print robust, lightweight tools and respond to short run production of flying parts if required.” 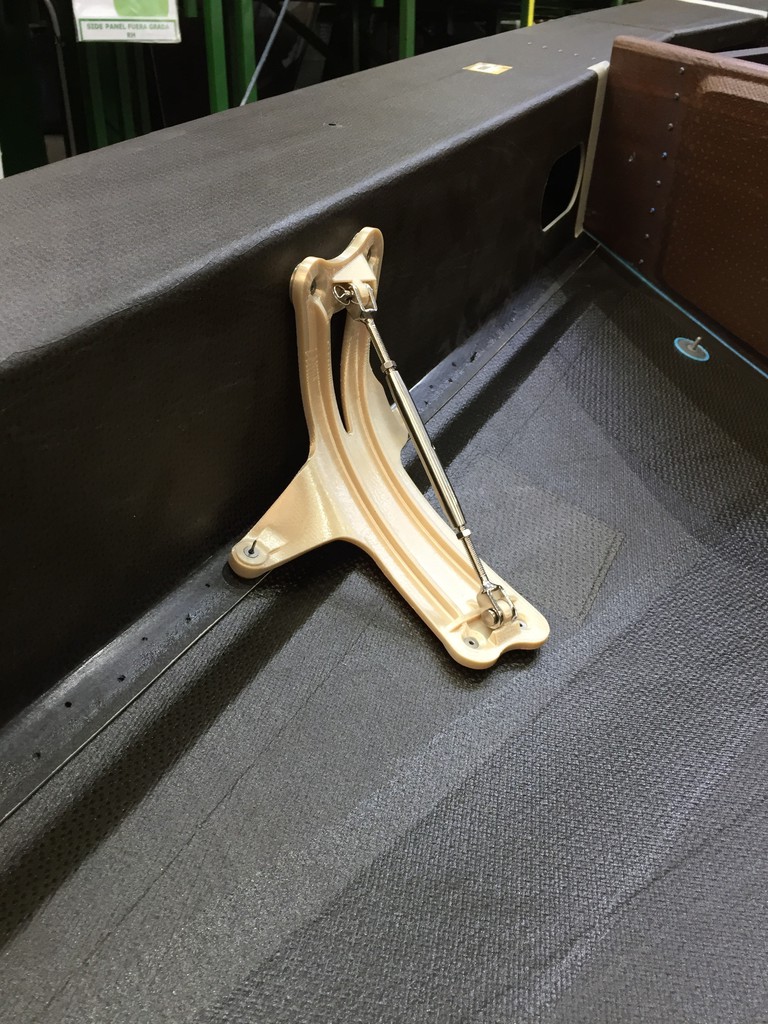 A 3D printed manufacturing tool is being used to fix a slide box onto the interior panel of the Airbus NH90 helicopter wing. Traditionally, an aluminium tool weighed 12kg and required two operators to hold it against the panel while marking the drill holes. With the complex geometries achievable with 3D printing, the team redesigned the tool with a curvature perfectly fitting the panel structure. As a result, Indaero provided Aernnova with a new, more effective tool, 9kg lighter than its predecessor and capable of standing on its own.

Away from the immediacy of exhibitions, Professor Dongsoo Har and his team in Cho Chun Shik Graduate School of Green Transportation in the Korea Advanced Institute of Science and Technology (KAIST) are developing a futuristic aerial vehicle that is able to control its main wings separately and independently.

Conventional aerial vehicles with main wings fixed to the body (fuselage) find it difficult to make agile movements due to the large turn radius. Banking the aerial vehicle that accounts for eventual turn comes from the adjustment of small ailerons mounted on the trailing edge of the wings.

Aerial vehicles with multiple rotating propellers can make agile movements by changing the speed of the motors rotating the propellers. However, they are even less energy-efficient, owing to the absence of lift force created by wings.

Taking these technical issues of existing types of aerial vehicles into account, the Nsphere drone has independent control of the tilting angles of the main wings and thus the direction of thrust power created by motors on their leading edge. An additional motor at the tail provides extra lifting force when trying vertical take-off and offers extra thrust power, by tilting the motor upward, while flying forward. The Nsphere drone can change flight mode in the air from vertical to horizontal and vice versa. Due to the ability in rotating wings as well as changing the direction of thrust power come by the tail motor, the Nsphere drone with independently controlled wings can take off and land vertically without runway and auxiliary equipment.

The team expects that the Nsphere drone can be adopted for short and mid-distance air traffic delivery. Particularly, it can be distributed like the flying taxi announced by Uber and NASA in November 2017 and it can be effectively used for logistics delivery services such as Amazon’s Prime Air.

A team of engineering students from Sheffield University has successfully launched a solar telescope mounted on a high-altitude balloon. The Sheffield University Nova Balloon Lifted Solar Telescope (SunbYte) team successfully launched the solar telescope from Esrange Space Center in Kiruna, Sweden. The REXUS/BEXUS programme allows students from universities and higher education colleges across Europe to carry out scientific and technological experiments on research rockets and balloons.

The telescope was lifted to around 30km above the Earth's surface by a helium balloon and will collect vital data to help scientists develop defences against solar flares.

"Traditionally, ground-based solar observation telescopes can take up to five years to develop and the resulting images are distorted by higher levels of the Earth's atmosphere," explained Dr Viktor Fedun, lead academic advisor to the project from the Department of Automatic Control and Systems Engineering at the University of Sheffield. "One of the biggest challenges we faced was weight and accuracy. As a result, we've used innovative manufacturing techniques such as 3D printing and incorporated novel components such as a high-precision actuator that features a strain wave gear supplied by one of our sponsors, Harmonic Drive UK." 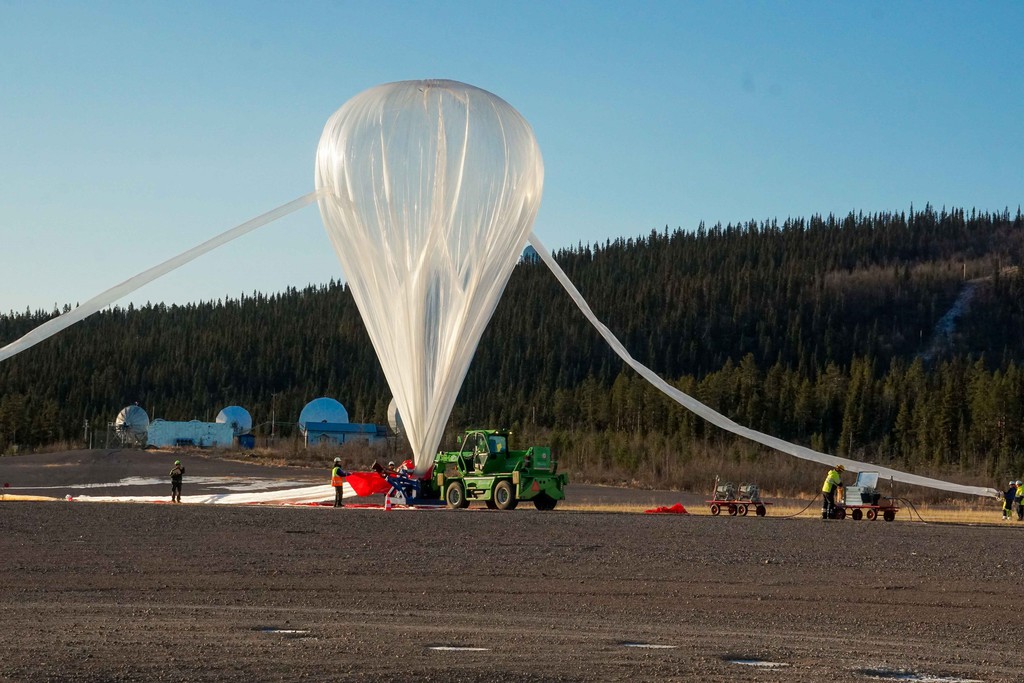