Ford teams up with Agility Robotics for final delivery step

With increased deliveries from online shopping taking a toll on streets and cities, Ford is teaming up with Agility Robotics to explore a new frontier in the world of autonomy  –  the final step of delivery, getting the package from the vehicle to the door. 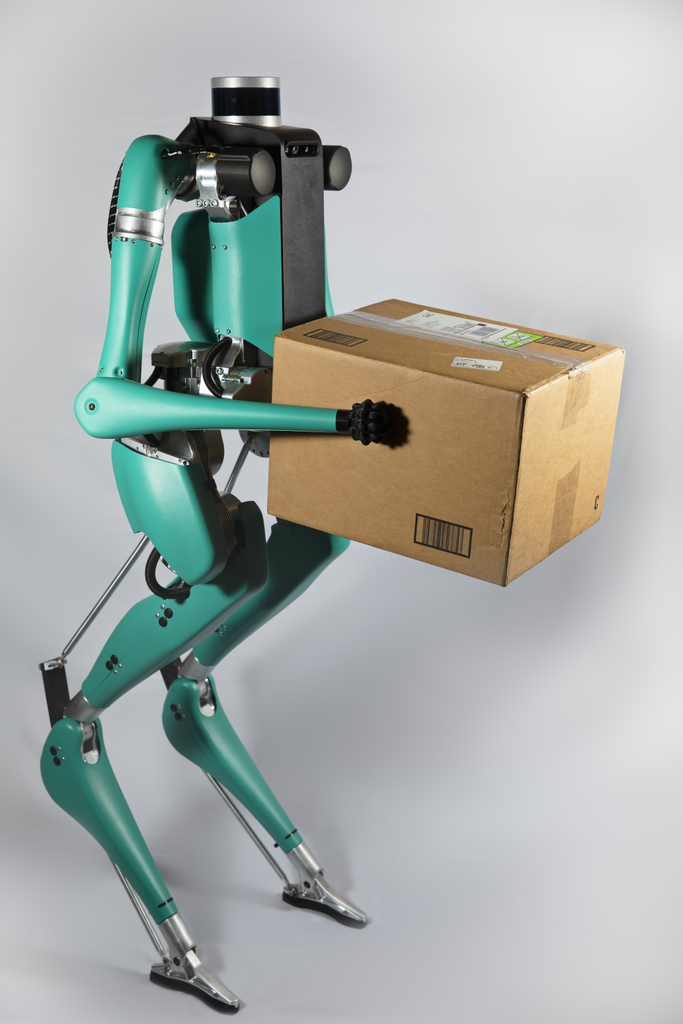 Digit is a two-legged robot designed and built by Agility Robotics to not only approximate the look of a human, but to walk like one, too. Built out of lightweight material and capable of lifting packages that weigh up to 18kg, Digit can go up and down stairs, walk naturally through uneven terrain, and even react to things like being bumped without losing its balance and falling over.

Gaining access to a customer’s door often requires walking through obstacles, including going up stairs and dealing with other challenges, which can be hard for robots with wheels to do since only about 1 percent of homes in the United States (where the robot is being developed) are wheelchair-accessible. Digit has been designed to walk upright without wasting energy, so it has no issue traversing the same types of environments most people do every day.

Digit’s unique design also allows it to tightly fold itself up for easy storage in the back of a self-driving vehicle until it’s called into action. Once a self-driving car arrives at its destination, Digit can be deployed to grab a package from the vehicle and carry out the final step in the delivery process.