IN RECENT years, networking and wiring solutions for field-mounted devices in automation systems have changed beyond recognition and it would be easy to assume that there’s little room for further developments. This is far from true says Tim Dodd, who argues that the latest solutions offer important and valuable benefits 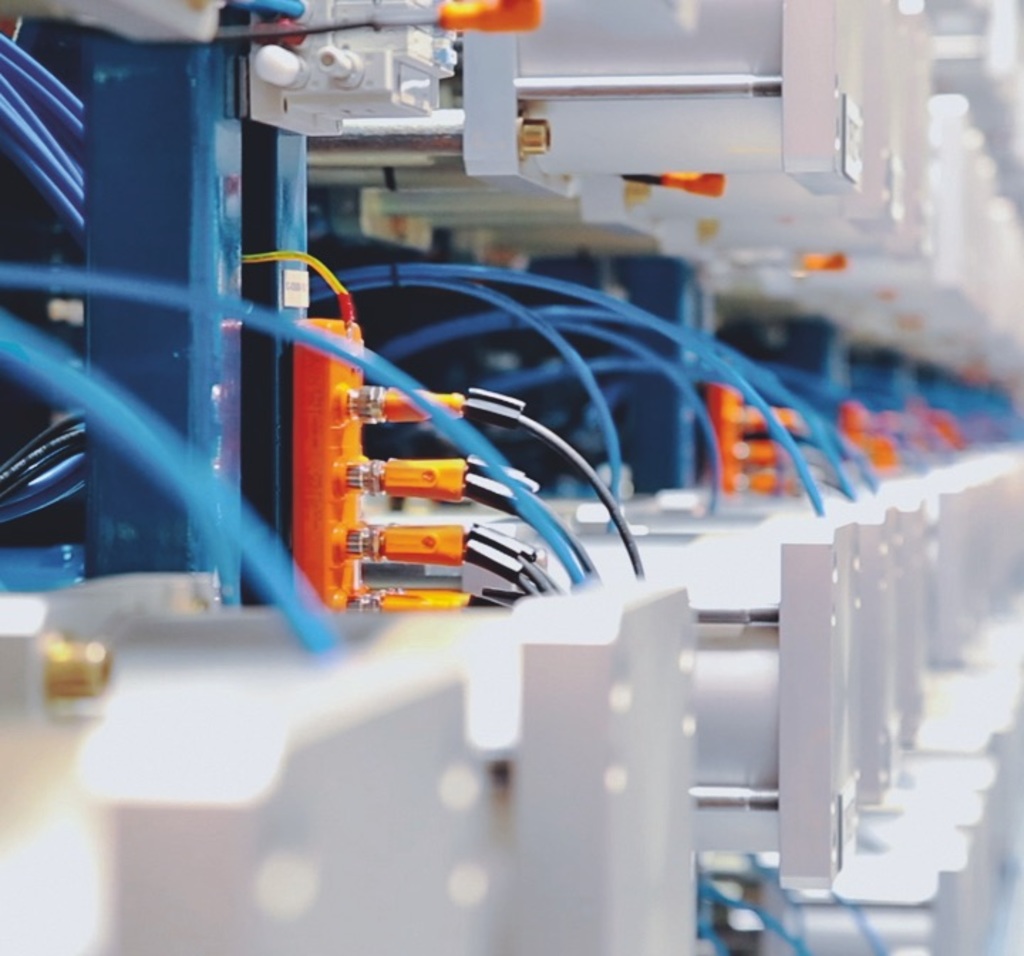 Not so many years ago, sensors and actuators in automation systems were invariably connected individually to a central control panel, sometimes directly and sometimes via local terminal boxes. As a result, there was a lot field wiring using a lot of expensive cable and terminals. Not only were systems of this type difficult and time consuming to install, but sorting out the wiring errors that inevitably occurred often extended the commissioning time for new plant by days or even weeks.

Small wonder then that the automation sector gave such a warm welcome to fieldbus systems when they first appeared on the market around 30 years ago. Although they all dramatically reduced the amount of field wiring needed, the early fieldbus systems often had technical limitations and many quickly disappeared. The survivors and their direct descendants, however, continue to give good service today.

This shouldn’t be taken to mean that evolution in wiring and networking solutions for automation applications has ceased. In particular, there are some niggling issues with fieldbus solutions that have been around for so long that they’re almost taken for granted, but which have been successfully addressed by recent developments.

The key to many of these developments is the emergence of the IO-Link protocol which is easily integrated into sensors, actuators, and other devices. It is vendor neutral and is supported by most of the leading suppliers of sensors and other field-mounted devices. Put simply, the IO-Link protocol enables point-to-point two-way communication between what would previously have been simple sensors, actuators or I/O blocks.

Several key benefits that are immediately apparent to the user result from the use of IO-Link. The first is the ability to add an IO-Link device to a new or existing system and parameterise it without the complexities that are usually associated with adding intelligent or smart devices. The second is that an IO-Link device can automatically give the user additional diagnostics down to sensor level without the need for extensive coding in the PLC. Finally, the replacement of a faulty device is simplified as the new device is recognised and its parameters loaded automatically. This eliminates errors and makes it unnecessary for replacement work to be carried out by skilled technicians.

If you have an existing plant that uses fieldbus or network systems, it would be entirely understandable if you were now thinking that, much as you like the idea of IO-Link, you don’t like the thought of having to make extensive modifications to accommodate it. The good news is that you don’t need to. Fieldbus modules are available with “IO-Link master ports”, which let you connect up to eight IO-Link devices to an existing fieldbus installation. There are versions to suit all of the most popular fieldbus systems. So, if you are using EtherCat for example, you can use one of these modules to make a direct connection between your IO-Link devices and your EtherCat fieldbus.

An interesting recent development is the appearance of configurable IO-Link I/O modules, which solves a longstanding fieldbus system design problem. In the past, if the I/O modules in a particular system had eight channels – which is fairly typical – that was fine if you needed, say, eight digital inputs or eight analogue inputs in a given location. But what would you do if you needed four digital inputs and four analogue inputs? Usually the answer was that you had to buy an eight-channel digital input module and also an eight-channel analogue input module then leave half the channels on each unused. Clearly this increases costs.

With a configurable IO-Link I/O module however, any of the eight channels can be set to operate as a digital input, an analogue input or a digital output. So, if you want four digital and four analogue inputs, or three digital inputs, two analogue inputs and three digital outputs, or any other combination of eight channels, one module is all you need. As this module is an IO-Link device you can connect upto eight of them to the new generation of fieldbus modules discussed earlier, which means that a large amount of I/O can be connected to a single fieldbus module.

Because IO-Link was developed from the outset for automation applications, IO-Link I/O modules support the connection of up to eight IO-Link devices. The devices are connected to the module using standard pre-configured sensor cables, which cuts wiring time dramatically. In addition, the modules are available in versions with high IP ratings which can be mounted directly on the plant without the need for further protection. Modules manufactured from materials suitable for use in the food industry are also available, and these are unaffected by washdown cleaning methods.

In today’s industrial environment, fieldbus and network systems are in many cases the most satisfactory and most economical choice for connecting field-mounted devices. But there are exceptions to this rule. Very simple standalone systems and machines may not benefit from the features offered by fieldbus connections; ordinary wired connections directly to the control system may be all that’s needed.

Even in these cases, however, there are developments that can save money and make life easier. For example, splitter boxes with high IP ratings are available that make provision for the connection of multiple field-mounted devices – typically up to eight – using standard premanufactured cables with plug-in connectors. The splitter box is then connected to the control panel with a single multicore cable.

For small, simple systems, this arrangement is both convenient and cost effective. The splitter boxes take up very little room on the plant and need no additional protection, yet they greatly simplify wiring and make maintenance easier as, if it is ever necessary to replace a field-mounted device or its connecting cable, all of the connections simply plug in – no screws, no terminals! And even for these simple systems, useful accessories are available such as T-splitters which allow a connection that would normally serve just one field device to serve two.

As we have seen, wiring systems for field-mounted devices have come a long way in the last two or three decades, but to get the best from them it’s important to stay on top of recent developments, even in simple systems where a fieldbus implementation isn’t appropriate.

Hopefully this short article has introduced a few ideas that that can provide you with big savings as well as making your automation systems easier to design, build and maintain. Should these ideas appeal – and they really should – please don’t forget that the expert team at ifm electronic will be pleased to provide further information and advice. Availing yourself of the team’s expertise will cost you nothing, but it could save you a small fortune!