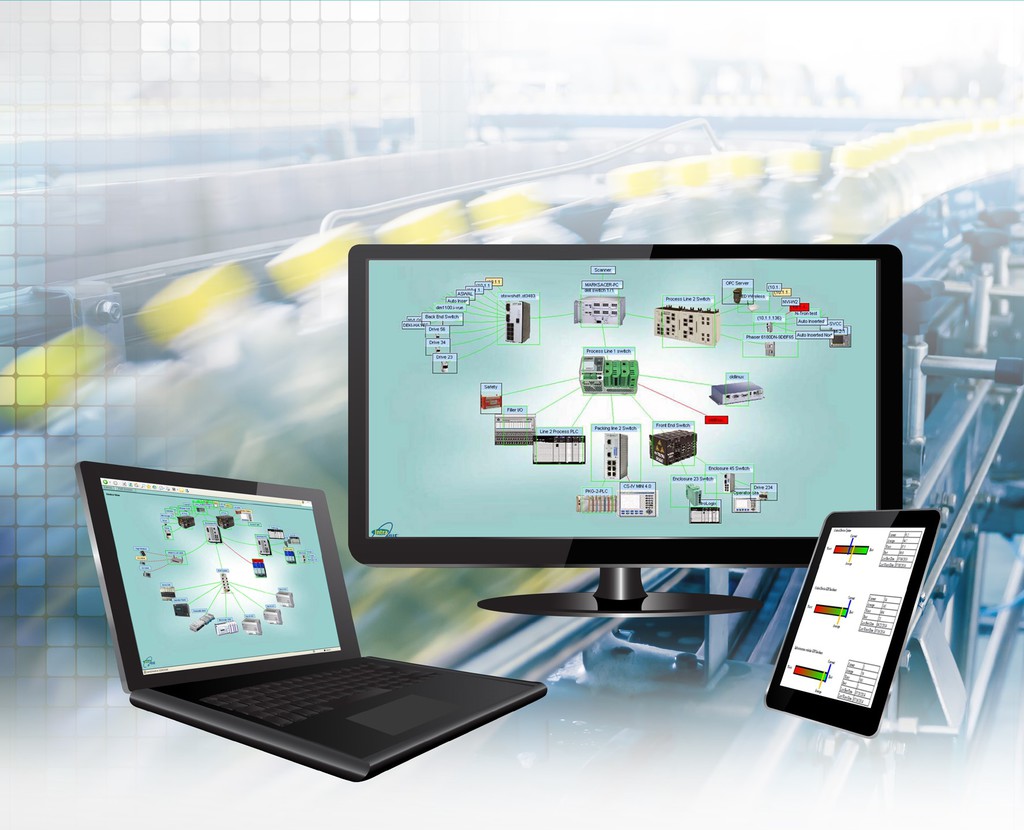 There are many subtle differences between Industrial Ethernet and enterprise Ethernet, each with their own benefits to be gained (or disadvantages) for the plant floor and office environments.

Decades ago, Ethernet became the popular network standard communication for enterprise office settings, given its cost-effectiveness, reliability, and overall high performance. For similar reasons, Ethernet made its way onto factory floor networks in the form of Industrial Ethernet, which uses the same standard-based networking protocols as enterprise Ethernet, but is uniquely designed to work in the harsh and rugged industrial environments of a plant floor.

While enterprise networks tend to be bandwidth-limited, manufacturing facilities are more concerned with timing and collisions of traffic on the network than bandwidth. Using standard Ethernet protocols along with the high speed needed for manufacturing environments, Industrial Ethernet on the plant floor quickly became standardised; replacing its fieldbus networks predecessors in the factory. As a result, Industrial Ethernet networks have since become the universal preferred choice for manufacturing and automation systems and business systems.

Now, with the vast number of connected devices entering the plant floor, Industrial Ethernet Networks are reaching the point of no return. Homegrown flat networks can no longer bear the requirements being placed on them by new applications. This, combined with the lack of visibility into these networked automated devices, is making detection, diagnosis and problem resolution a costly, time-consuming and a highly complex and painful undertaking.

This too will all change as a byproduct of the Industrial IoT, as automation and controls engineers need to integrate older propriety and serial industrial networks, with new networked systems based on an IT infrastructure. Essentially, for the first time ever, the technology gap between information technology (IT) and operational technology (OT) is closing.

Meanwhile, manufacturing companies can fall into the habit of overlooking apparent issues throughout their automation system. When we monetise the cost of ignoring disruptions, over time it can be a hefty price.

For example, a major grocery retailer was encountering major data interruptions arising from certain programmable logic controllers (PLCs). Using IntraVUE application software from Panduit, which provides visibility, diagnostics and analytics, the plant’s team uncovered several PLCs with duplicate IP addresses, which were causing the network to act erratically. The IT team used IntraVUE software to isolate various devices on the network, locating an undocumented, non-industrial device that was mounted above a false ceiling, and removed it, which resolved the issue.

This grocery retailer has since standardised with IntraVUE software across all 33 plants primarily using it as an analysis tool for when problems occur as well as using its’ alerting features to inform of any sudden changes in network behavior.

The bread and butter to the IoT are actionable intelligence and insight, which allows industrial controls professionals to make better-informed decisions. For the Industrial IoT, having the ability to know which devices and systems are connected where - and pinpointing what is creating specific disruptions that force downtime - will be critical.

With a tool like IntraVUE software, automation and controls engineers have at their fingertips access to real-time information on how their automation system infrastructure is performing. They can use key performance indicators (KPIs) and analytics capabilities to monitor performance and quickly resolve issues as they occur, such as duplicate IP addresses, device failures, intermittent connection problems, switch resetting, and large file transfers between devices.

Achieving full plant-level awareness ultimately empowers industrial controls professionals with visibility into the growing complexity of their plant’s entire automation system. And, with the Industrial Ethernet connectivity landscape that narrows the scope of where connectivity issues are occurring, plant technicians can get to the root of the problem faster. IntraVUE software allows a complete view into the industrial network, provides actionable insight, improves overall uptime, and reduces network support costs and response times by more than 50%.