OFFERING OPTIMUM performance in the control cabinet, the NORDAC PRO SK 500P frequency inverters from NORD Drivesystems are equipped with an integrated multi-protocol Ethernet interface, a multi-encoder interface for multiple axis operation and a USB interface for voltage-free parameterisation. 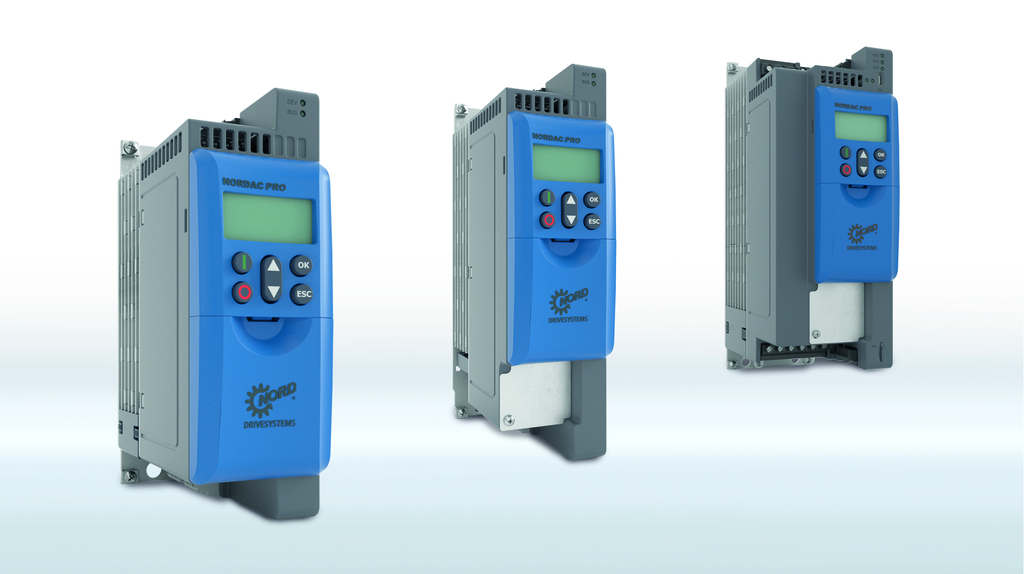 NORDAC PRO SK 500P is the new generation of control cabinet inverters. The series is equipped with an integrated universal Ethernet interface that enables the use of the major real-time Ethernet standards via one single interface. Whether for Profinet, EtherNet/IP, Powerlink or EtherCAT, the required protocol can be easily set by means of parameters.

The future-proof nature of the modular series is shown by its modern connectivity such as the use of an SD memory card as a storage medium for parameters, as well as a USB interface which enables “in the box” parameterisation of the inverter when the power is switched off. It also provides a CANopen interface, five or six digital and two analogue inputs, two digital and one analogue output, two potential-free multi-function relays, an HTL / TTL incremental encoder interface as well as a universal encoder interface which enables connection of SIN/COS, BiSS SSI, Hiperface and EnDat encoders.

The NORDAC PRO SK 500P can read out up to four encoder systems simultaneously and can therefore control several motors in positioning mode. Together with features such as the integrated PLC for motor- related motion and logic control, a 200% overload reserve for perfect torque and speed performance as well as sensorless current vector control for asynchronous and synchronous motors (open loop and closed loop), it is a genuine all-rounder. The integrated brake chopper for 4-quadrant operation is a part of the basic equipment for the entire series, as is motor brake management, which is important, e.g. for lifting gear applications. NORD supplies the inverters with integrated STO and SS1.

The integrated PLC processes the data from sensors and actuators and can autonomously initiate control sequences, as well as communicating drive and application data to a control centre, networked components or to cloud storage. This allows continuous condition monitoring and therefore forms the basis for predictive maintenance concepts as well as optimum plant dimensioning.