Rubber-in-compression couplings, such as the new RBI range from Renold Couplings, provide failsafe operation, protecting both staff and machinery. Torque is transmitted through compressed rubber blocks, which dampens vibration and eliminates backlash. 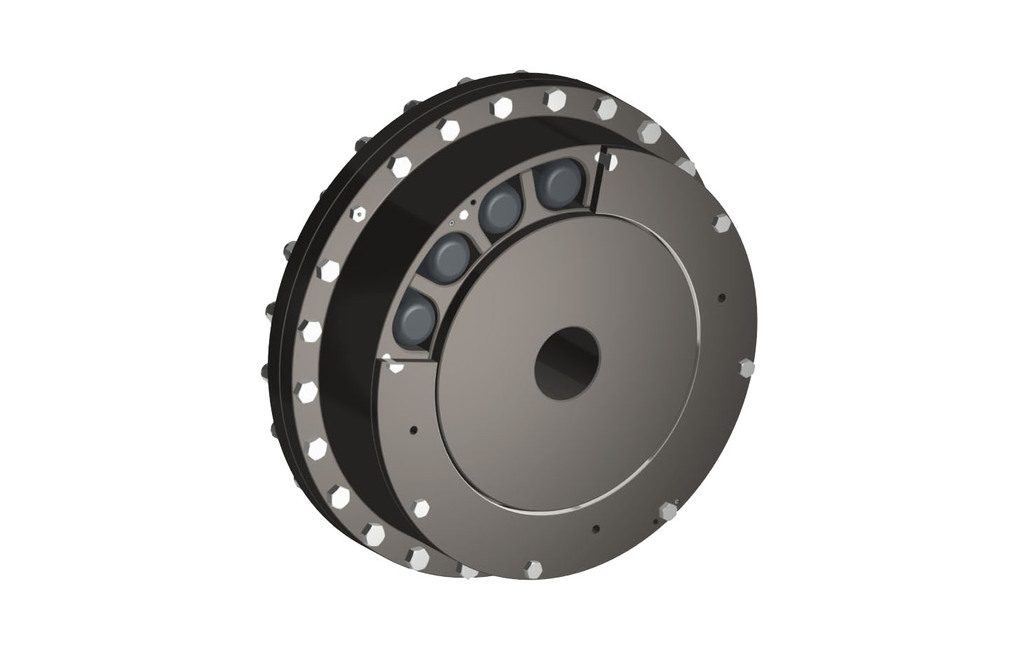 When rubber is loaded in compression it is inherently stronger than alternative options, such as rubber-in-shear, or tension, where the slightest scratch in the rubber can lead to catastrophic tears and complete coupling failure – resulting in downtime in both machinery and productivity.

In addition to the safety and reliability features, rubber-in-compression couplings also save time and money when it comes to maintenance. They are ‘fit and forget’ and do not require lubrication or adjustment of any kind. The only serviceable items are the rubber blocks, which in the majority of cases are good for over ten years (although it is recommended to check them after five years), meaning that rubber-in-compression couplings also provide the lowest lifetime cost, when compared to other coupling alternatives.

The RBI coupling takes Renold’s existing RB range to the next level. Renold’s highly experienced team of engineers has worked tirelessly in order to completely reconfigure the profile of the compressed rubber blocks, with the ultimate objective of increasing the torque currently offered by the RB.

Finite Element Analysis (FEA) was conducted, in order to create an optimum shape for the rubber blocks, to increase the torque transmission that could be produced when compared to the existing RB rubber-in-compression coupling. This new block shape is manufactured from a new rubber compound, which is the new standard in the RBI.

The FEA had indicated that, the combination of this new block profile and new rubber compound   would allow for higher torque. Subsequent testing of the new RBI has confirmed the findings of the analysis and the torque rating has been increased by 50%, when compared to its predecessor the RB.