Rotor & stator inspection in under 60 seconds

ELECTRIC DRIVES consist of a fixed stator and a moving rotor. In order to achieve optimum drive performance and low wear, both components must be matched to each other with well under millimeter precision, which is why accurate conformity control is of immense importance. 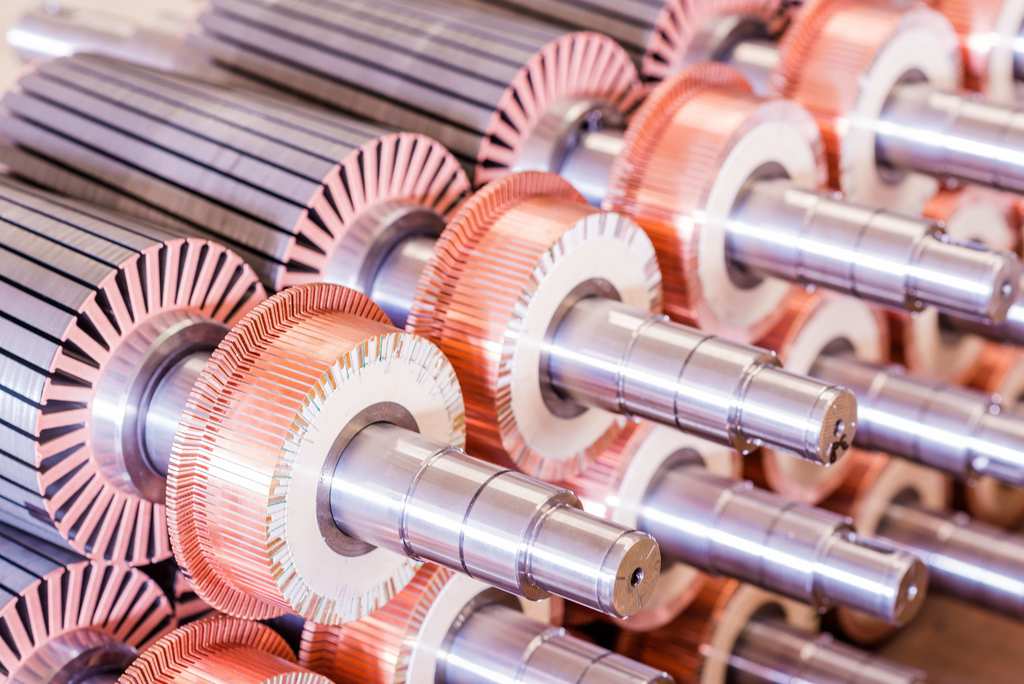 Conventional measuring systems, such as coordinate measuring machines (CMMs), generally in combination with various 2D imaging systems are traditionally used for this purpose, but typically require long cycle times of sometimes more than 20 minutes. To accelerate the inspection process, perform defect detection during the manufacturing process, and provide the ability to make real-time adjustments, DWFritz Automation has designed the ZeroTouch non-contact measuring platform for the inspection of rotor-stator systems. In less than one minute, a 3D digital twin model of the part is created using laser measurement technology and then compared with the CAD model, so that even the smallest deviations of a few micrometers can be detected. This allows inspecting 100% of the production and implementing adjustments in real time during the manufacturing process at an early stage of production, correcting manufacturing errors while minimizing the number of incorrect parts produced.

According to a study by Deloitte, more than 20 million electric vehicles will roll off production lines worldwide by 2030. By contrast, only 2 million electric vehicles were on the books in 2020 – a tenfold increase in production figures is therefore expected within only 10 years. A recent study by McKinsey states that more than 450 new electric-vehicle models will be launched by 2022. This marks the start of a major upheaval in the automotive industry, which will present manufacturers with significant challenges. While many automotive companies already have more than 100 years of experience in the development and optimization of internal combustion engines, the electric vehicle industry is still in its infancy, which means that numerous new developments and adaptations in key EV components, including powertrain, gears, transmission, clutches, traction motors, and brake discs, can be expected on a periodic basis. Another essential ingredient in all electric-vehicles – batteries – is also undergoing a rapid transformation.

"Especially under these conditions, it is important that the companies establish an efficient quality management system that can be adapted to new developments without losing much time," explains Dave Mendez, VP of ZeroTouch business unit at DWFritz Automation. "To ensure uninterrupted production, quality checks on components should take place in-line at the earliest possible stage of manufacturing."

Otherwise, production defects may, in the worst case, only be detected during testing of an assembly with the components already installed, delaying subsequent process steps all the way to delivery. An integrated control system that checks components at an early stage can detect errors early enough in the production process to minimize the number of incorrect parts manufactured.

As the main components of electric drives, the inspection of rotors and stators is of critical importance. Even the smallest errors and deviations from GD&T’s can lead to major problems. The industry is rapidly transitioning from conventional wound stators to hairpin winding as they improve the fill factor and motor performance. If the copper wires are not wound exactly parallel on the stator coil or the necessary distances between the windings are not maintained, the motor efficiency is negatively impacted. Furthermore, short circuits can be triggered if the hairpin welds bleed over. If such defects are not detected and rectified on time, in addition to the motor quality, the company’s reputation can be compromised. This can also lead to increases in material wastage and scrap, thereby impacting production costs.

"A major difficulty in quality testing is that the hairpin method is now used for coil winding of stators," Mendez explains. In addition, the stator and rotor are usually produced in parallel on two different production lines and require near-simultaneous quality control so as not to delay downstream processes, such as motor assembly. As a result, there is very little time available for in-line quality inspection. For this reason, a flexible system is needed that can precisely inspect parts with different geometries and in the shortest possible time.

Traditional inspection methods, such as a CMM, can no longer meet these increasing demands. "For component quality control, a CMM, even associated with vision inspection by 2D cameras sometimes requires up to 20 minutes or more, without being able to check all the individual part features for integrity and completeness," reports Mendez. "In contrast, cycle times for rotor and stator production are now less than one minute. Even if only sampling is performed, this results in significant delays to the overall process and inadequate inspections drive up production costs."

To ensure 100% part inspection of complex geometries and short cycle times, DWFritz Automation has developed the ZeroTouch® measurement platform for in-line inspection of rotors and stators. The system can be installed directly on a production line and creates a 3D digital twin (cloud of points) of the surface using non-contact sensors that scan the parts with great precision. Between two and seven scanners are used in this process, depending on the complexity of the component being inspected, which creates a model of the part known as a digital twin. This digital twin consists of approximately 15 to 30 million measured data points, i.e., a very dense and accurate point cloud.

"Between two and four million data points are measured per sensor per second," Mendez explains. "The data points collected from all sensors are then assembled into an image using custom analysis software and then compared automatically with the CAD model of the stator or rotor. The system can then deliver a conformity or non-conformity diagnosis in real time thus allowing non-conforming parts to be automatically discarded from further process. At the same time a full detailed inspection report is generated and stored for further analysis. The creation of a digital twin and the automatic deviation analysis takes between 10 and 50 seconds, depending on the complexity of the part geometry, which is significantly faster than the inspection process using a traditional CMM."

In this way, the stator or rotor can be checked for possible deviations from GD&Ts and other production errors in the shortest amount of time, with micron-level precision, and without damaging the parts. This procedure also ensures maximum repeatability and reproducibility (Gage R&R), which also meets the requirements of the automotive industry.

A major advantage of the ZeroTouch measurement platform is that both rotor and stator can be inspected in close succession on just one machine without having to reconfigure the system each time. To do this, parts are identified before scanning using a camera and a dot matrix or barcode applied to the part to be inspected. This saves manufacturers a lot of time. Since the inspection takes place in-line and ZeroTouch can be connected directly to the production lines, all process steps are automated, reducing the need for an employee to convey the components from production to the measuring platform and load them into the system. Non-conforming parts are also sorted out automatically. For each measuring process, the software generates a detailed test report that is sent to the PLC system and the monitoring center of the production line in real time. Since the inspection report also points out possible sources of errors, those responsible can identify issues and implement adjustments to address frequently occurring production errors and trends as early as possible.

"Automobile manufacturers have been facing enormous cost and time pressure, as the industry transitions from internal combustion engines to EV," reports Mendez. "By integrating a quality inspection system such as ZeroTouch into early stages of production, deviations in tolerances can be quickly identified and addressed, saving manufacturers production errors and contributing to smooth operations and lower costs," Mendez concludes.