Mike Wilson, Chairman of British Automation and Robot Association (BARA) gives an overview of robotics and automation in the UK over the past year 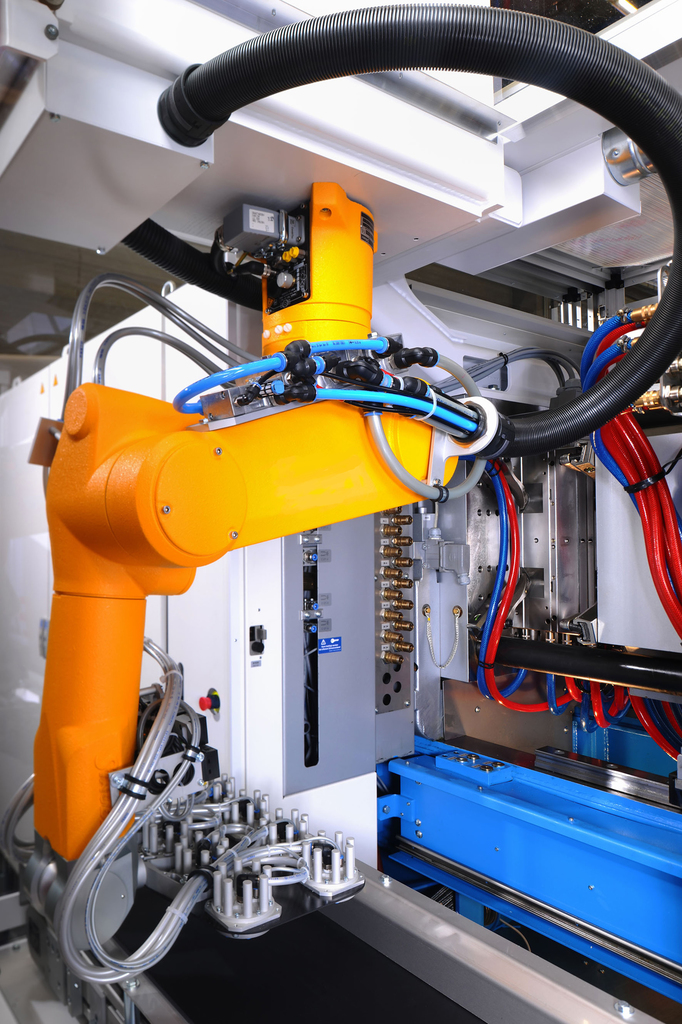 Now is a good time to be involved in manufacturing in the UK. Not only are we seeing growth but confidence is spreading throughout industry. This is partly internally driven but is assisted by positive rhetoric, and increasingly action, from HM government.

This has been a long time coming, but is now to be embraced. It is right to recognise that UK manufacturers have a track record of competitively innovating for both product and process development. And that they have made strides in the application of lean engineering to become more efficient.

But in the battle to constantly improve and compete in globalised markets, it is essential that we recognise and address the weaknesses in our industrial base as well as celebrating its strengths. And when it comes to the flaws in the profile of UK manufacturing, its poor investment in capital equipment, especially industrial automation technologies, is prominent.

I have been involved in automation and robotics for over 30 years. I started work at the British Leyland Cowley works and at that time there were no robots in use at the plant. The same site now produces the Mini and is a significant success story. There are many factors involved in this success but one is the use of the latest production equipment including about 1000 robots.

Robots are only one form of automation – there are many more – but they offer one of the most obvious examples of the way in which automation can be highly flexible and relevant to all, even companies with relatively small production runs and the need for frequent, quick product changes.

Records of robot installations show that increasing numbers of manufacturers are opening their eyes to the versatility of robot technology. We are significantly behind the curve in comparison with our main European competitors, but it is encouraging to note that robot installations in the UK in 2012 achieved a record of 2477 units, up 98% on 2011.

Admittedly many of these were delivered into the automotive industry but we did also see consistent growth outside of automotive. Over the course of the Automating Manufacturing Programme, run by BARA on the behalf of government, over 360 companies across sectors, most of them SMEs, showed that they are actively engaged with the idea of investing in automation.

If you have not seriously considered automation and robotics within your manufacturing and investment strategies could I respectfully suggest that you do so. We all know to be successful we must use the best tools and robots may be the one for you.

Despite slower sales of Robots in quarter one compared to an outstanding record year last year – Robot sales for quarter two of 2013 have accelerated and almost matched the level for the entire year of 2011. David Manby, managing director of Aylesbury Automation commented: "We are pleased to see that the sales of non-automotive sector robotics are double what they were in 2009."

In the first quarter of 2013, robot sales of 374 units were recorded compared to 912 in the second. The half year figures were 1286 robots sold compared with a phenomenal 2000 robots in the record year of 2012.  However, automotive and automotive component orders contributed 79% of the orders compared with 87% for the first two quarters of the year in 2012. Whilst in most other sectors robot sales are increasing, the growth still remains much more conservative and in some sectors even declining.

Mike Wilson, BARA Chairman commented: "Whilst we welcome the level of robot orders from the automotive sector largely driven by product demand in global emerging markets, it is an on-going  concern that some sectors are still not understanding the potential implications of not automating. Other countries such as China, Germany and most of the major European manufacturing nations, even countries that are not original equipment manufacturers, are investing heavily in automation to create competitive advantage."

He continued: "Part of the problem in the UK is a short term approach and the perception that the pay back period is considerably longer than it often is."

Automation and Industrial Robots in Action

All UK manufacturers are invited to view a full showcase of how automation and robots can help their businesses at the 2014 PPMA Show.  The event has returned to the full control of the Processing and Packaging Machinery Association from 2014. The show takes place from September 30-October 2nd 2014 at the NEC in Birmingham and will include live demonstrations from the major robot and machinery suppliers.

The government’s recent drive to automate UK manufacturing under the automating manufacturing programme is nearing completion. According to Grant Collier, Head of Marketing for the PPMA Group of Associations managing the programme, "this has been a tremendous success with 366 manufacturers around the UK have taken up the Government funded Automating Manufacturing Programme which shows manufacturers how they can benefit from automation".

Applications to date have come from a wide range of industries, including over one third from the food sector which is surprising since this has traditionally been an area very slow to adopt automation. Collier added: "It is frustrating to hear time and again, that many of the food sector companies are reluctant to automate due to the shortness of contracts and the ability to withdraw them with little notice from the major supermarkets."

"Hopefully this will improve with the recent appointment of the groceries code of conduct adjudicator – a regulator that will monitor relationships and practices within the grocery supply chain."

BARA (British Automation and Robot Association) provides a voice for the Robot and Automation Industries, when dealing with government, industry, financial and academic institutions.

The aim of the BARA is to promote the use of, and assist in the development of Industrial Robots and Automation in British industry. In 2009 BARA joined forces with the PPMA (Processing & Packaging Machinery Association) to become a special interest focus group and has gathered more influence, members and provide more support to the end-user community.