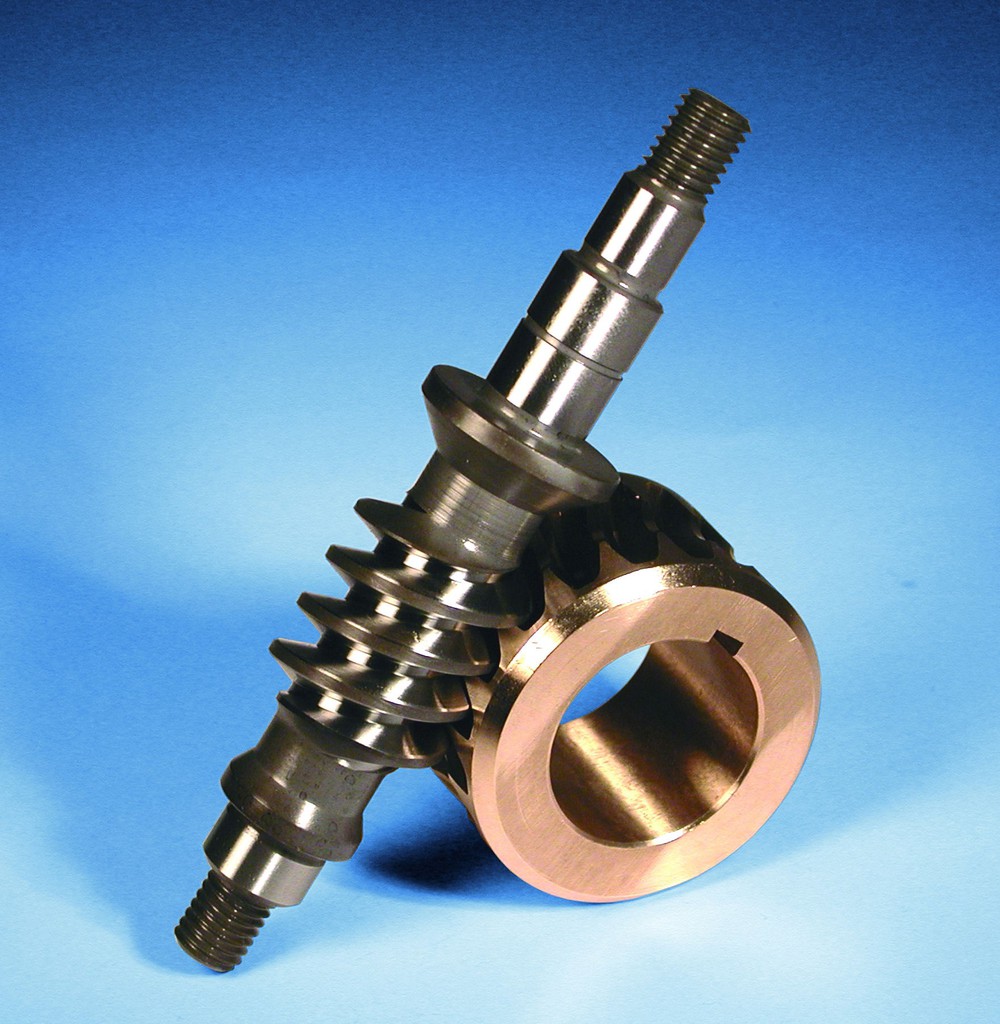 Despite being a Framo Morat distributor for ten years, this is the first time that RA Rodriguez has supplied worm gear sets to the UK market, where they will target plant, machinery, pumps and specialist automotive applications, as well as for MRO (maintenance, repair and overhaul) projects. Custom-designed versions may also be used as an alternative to crossed helical gear sets or other power transmission systems where the drive direction must be turned through a right-angle.


Standard worm gear sets have wheel diameters from 20 to 135mm, centre distances of 17 to 80mm and gear ratios from 3:1 to 100:1. Worm wheels are machined from brass, while the worms/shafts are made from hardened and ground steel.

Custom worm gear sets can be manufactured with worm wheel diameters up to 200mm, centre distances from 17 to 125mm and gear ratios up to 150:1. Worm wheels can be produced in brass, bronze, fabric-based laminate, steel, grey cast iron or plastic, while the worms/shafts can be in hardened and ground steel, non-ferrous metals or plastic. Framo Morat has in-house moulding facilities for producing high volumes of high-quality plastic worms/shafts and worm wheels.

Aluminium engine blocks can develop residual stresses due to differential cooling during the casting process. This can cause distortion during machining. To remove these stresses, many manufacturers heat treat their cast engine blocks prior to machining.

The Aerotherm Group was commissioned by Ryobi Aluminium Castings in Northern Ireland to design and produce a stress-relieving oven. The push/pull mechanism which pushes the carriage, or skillet, of engine blocks into and out of the heat treatment oven needs to be exceptionally strong (static load 8t) and withstand high temperatures.

Two Framo Morat products combine to solve the challenge: a Framo 60PSG linear chain driven by an AG160 Compacta geared motor. The design of the precision chain links on the linear chain enables it to push as well as pull heavy loads. The special profile, with interlocking fingers at one end, enables the chain to roll up for efficient storage in one direction and form a rigid thrust device in the other.

In the magazine, the chain is stored spirally within a narrow chamber making it ideal for the Ryobi application where space is limited but the maximum stroke is long at 6.5m. The device provides high positioning accuracy, constant stroke speed and shock-free motion. The standard chain can easily withstand the oven temperature of 250˚C required by this application, while a high temperature option is suitable for temperatures up to 560˚C.

The slip-on geared motor offers an attractive combination of light weight, output torque and speed. Compacta’s economical dimensions are achieved through the use of a spur and worm gear transmission combined with performance-optimising motors.

* Also launched at the Drives & Controls show new is a European-manufactured range of KHK branded high precision racks and pinions. Available with straight or helical teeth, these new KHK products are available in a choice of sizes and qualities to suit a variety of rotary-to-linear and linear-to-rotary motion requirements.