Two for the price of one

Leuze's RSL 400 series of safety laser scanners offer two independent protective functions and can thereby act as two single laser scanners. They can also be configured easily via Bluetooth (at distances of up to 10m) and Ethernet TCP/IP. 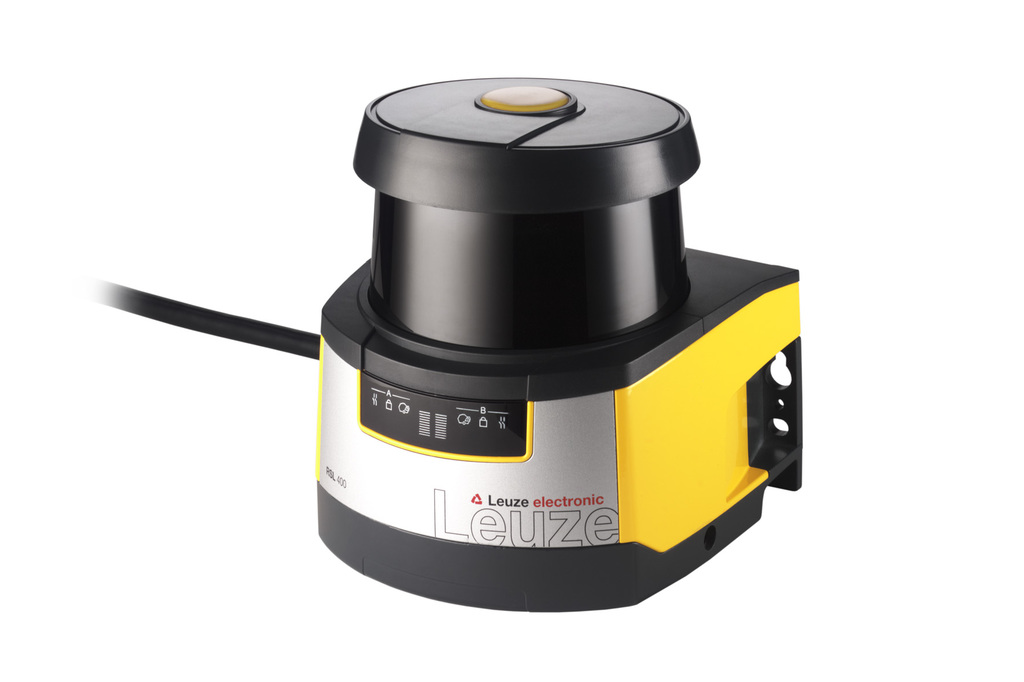 The RSL 400 family comprises 16 device types in four staggered operating ranges and function variants, making it easier to select the optimum price-performance ratio. With a large scanning angle of up to 270 degrees and operating range of 8.25m the scanning range is 160sq.m. Despite the large number of possible field pairs (100), application-oriented one-step configuration is very straightforward. The scanning angle is especially advantageous when mounting on corners or edges for front and side guarding and can sometimes replace a second laser scanner.

Two Output Signal Switching Devices (OSSD) pairs serve as the basis for performing two tasks simultaneously - such as monitoring two switch-off circuits or independent areas. Up to nine configurable I/Os are used to link to additional safety sensors and also offer additional control functions for individually adapting to the application or custom requirements.

The safety laser scanner offers many possible field pairs (1, 10, 10+10 or 100, depending on the model). Nevertheless, it is easy to set up with the application-oriented one-step configuration – just mount the connection unit with standard tools and place the laser scanner on the connection unit. Using the Sensor Studio software, the initial configuration is completed with just five clicks and there is a simulation mode to ensure that everything is correct.

A large plain-text display with integrated electronic spirit level ensures simple alignment, which also contains the entire cable management. The scanner itself can be removed using standard tools and fitted with other RSL400 devices without the need for realignment.

Amongst the RSL 410/420 models, the RSL 410-XL is ideally suited for safeguarding large areas, thanks to its 160sq.m. scanning area coverage. Selectable resolution and reference boundary monitoring are also featured.

With two completely autonomous protective functions, two OSSD pairs with individual response time and nine other configurable switching outputs, the RSL 430 variant can solve two protection tasks simultaneously. These features also make the RSL 430 attractive for stationary applications, as it can be precisely adapted with its switchover-capable field pairs (10+10). Nine signal outputs and the possibility for emergency-stop linkage are additional features.

Distance vs field of view

The field of view of any sensor is rather like a garden hose with a nozzle on the end. As the spray is adjusted, a longer range is achieved using a narrow spray/beam. When the spray/beam is widened the maximum distance decreases.

Dust, contamination, and fog may also influence the sensing area and operating range.