Acceleration enveloping is a signal processing technique that can improve condition based monitoring by detecting the first faint signs of bearing failure, explains Chris Hansford, managing director at Hansford Sensors. 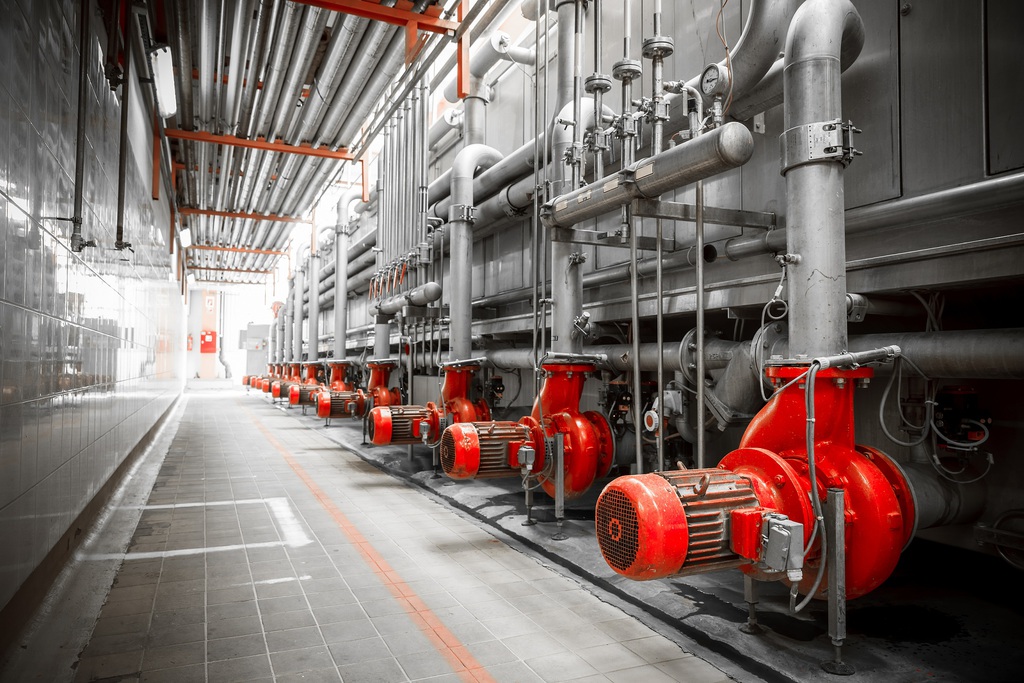 Vibration analysis is a powerful tool for catching early bearing failure. Sensitive accelerometers can detect the vibrations emanating from industrial equipment, which are often caused by misalignment, looseness or bearing imbalance. However, these vibrations can drown out the ‘quiet’ signal from a bearing that is only just beginning to fail.

It is vital to catch bearing failure as early as possible

It is vital to catch bearing failure as early as possible, but if the damage is minimal – a microscopic defect on the raceway or bearing surface, for example – then the signal will be lost in a thunderstorm of noise. Because of the difficulty in finding this single signal, the rogue frequencies are sometimes referred to as a ‘haystack’.

One way of homing in on the signal – and finding the needle in the haystack – is to use a signal processing technique called acceleration enveloping. It works by progressively filtering out unwanted parts of the vibration spectrum until the signal of a bearing defect can clearly be seen. It extracts low level, repetitive vibrations from the noise around it.

The unfiltered waveform from a bearing is a jumble of low and high frequencies, with no discernible pattern. The first step is to apply a band pass filter, which isolates only the haystack frequencies – in which the signal of interest is hiding. Some experience is needed in order to know how to choose the high- and low-pass frequencies.

The filtered output will identify a repeating high frequency signal, but more steps are required to pinpoint the one specific to the bearing defect. Firstly, the waveform is rectified – so the negative part is inverted to positive. This is then enveloped – or demodulated – by tracing a line over the general shape of the rectified signal. This ‘envelope’ is now used as a true vibration signal – helping it to stand out from the noise.

The envelope helps to contain regularly spaced signals, such as a single defect on a raceway. Other causes of noise, such as shaft rub, are random – so will not produce evenly spaced peaks.

Putting it into practice

Preventative maintenance – in which defects are identified almost before they happen – is becoming far more widespread, and acceleration enveloping helps to boost its effectiveness. Identifying a defect once it has already begun causing problems is of no use: by this time, the machine will have consumed more lubricant, expended more energy or even failed catastrophically.

Acceleration enveloping is most commonly used in roller bearing systems but can also be applied in areas such as electric motors and gearboxes. It is a key factor in the success of condition-based maintenance (CBM) programmes.

While enveloping is most commonly used with signals in the acceleration spectrum it can be used to improve other measurements – such as a shock pulse.

Acceleration enveloping seems to be the definitive answer to detecting bearing failure. However, it cannot be universally applied to any machine. The technique detects faults involving repetitive, metal-to-metal interactions. Anything that masks this, such as gaskets or dampers, may put a machine outside its scope of use.

If a machine is suitable, several factors will help to improve results. Firstly, the transducers that measure the signal should be selected correctly – in the proper frequency range – and mounted appropriately: a flat, clean surface is vital, and helps to ensure consistent results.

Also, it is not enough to take a single reading. Data should be collected over a period of time, which allows trends to be correctly identified. This allows a steadily deteriorating condition to be identified, for example.

In addition, the information that it provides is not a simple ‘yes/no’ answer – and requires some interpretation. For example, the amplitude of a worsening condition can actually reduce over time, as the imperfection becomes slightly smoother.

Just as modern imaging cameras can detect abnormalities in the body – and require a skilled consultant to interpret the data correctly –, the results from acceleration enveloping also require some skill and experience to analyse.