CDA consulting editor, Andy Pye, provides a round up of the latest development in the aerospace sector 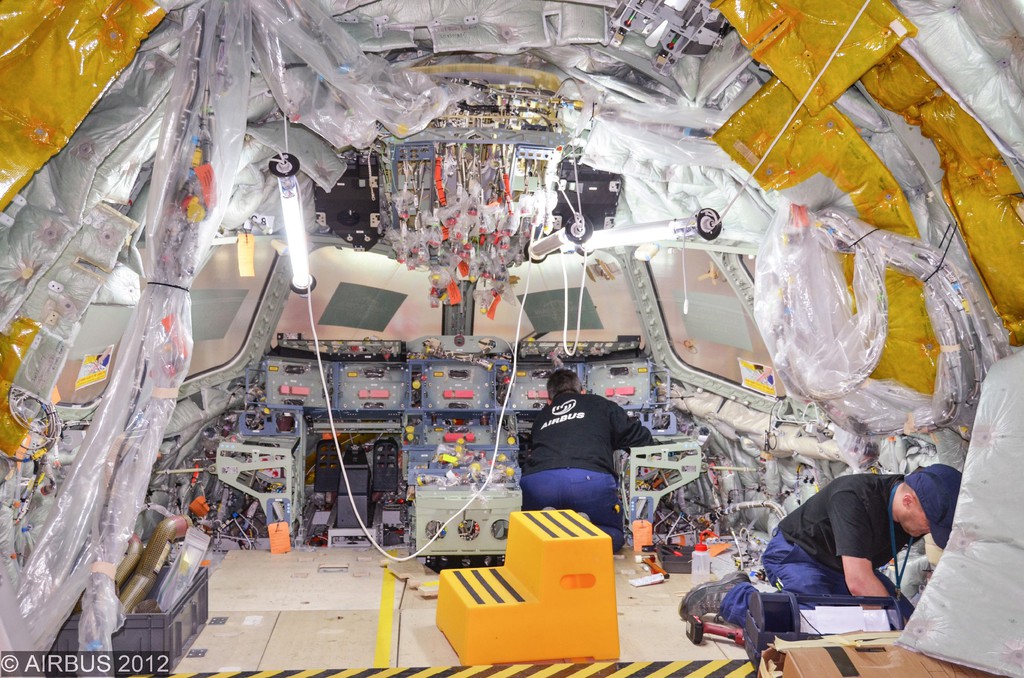 The UK will miss out on the chance to capture £40 billion of the global space market and an additional 100,000 jobs if Government and industry does not address the problem of restrictive regulations, barriers to investment, the growing skills shortages in engineering and science and fragmented collaboration between stakeholders, according to a new report by the Institution of Mechanical Engineers which focuses on Earth Observation (EO), one of the fastest growing areas of small satellite use.
The report, Seeking Resolution: Growing the UK Small Satellite Industry, focuses on the UK’s emerging small satellite sector which is being hampered due to issues such as outdated and complex launch and operation licence regimes and expensive third-party liability insurance.

Dr Helen Meese, Head of Engineering in Society at the Institution of Mechanical Engineers, said: “Small Satellites are not only transforming sectors such as agriculture, conservation, energy production and disaster relief, but also have the potential to be a huge business opportunity for the UK. The UK has the potential to build a £40 billion space industry by 2030, supporting an extra 100,000 jobs, but work needs to be done to simplify regulation and boost the number of people entering the space industry or we risk losing business overseas. Funding is currently spread too thinly across academic institutions so more needs to be done by the Research Councils to boost investment in innovative satellite research. The Institution is also calling for the UK Space Agency to simplify its licensing regime to enable more SMEs to enter the market and to end expensive third-party liability.”

TWI's Port Talbot based Technology Centre showcased live demonstrations of its aerospace inspection technologies at the MRO 2015 exhibition in October. They included the latest innovation of full matrix capture (FMC), and virtual source aperture (VSA) and the latest advancements in automated inspection, enabling accurate and detailed inspection of components with complex geometry. 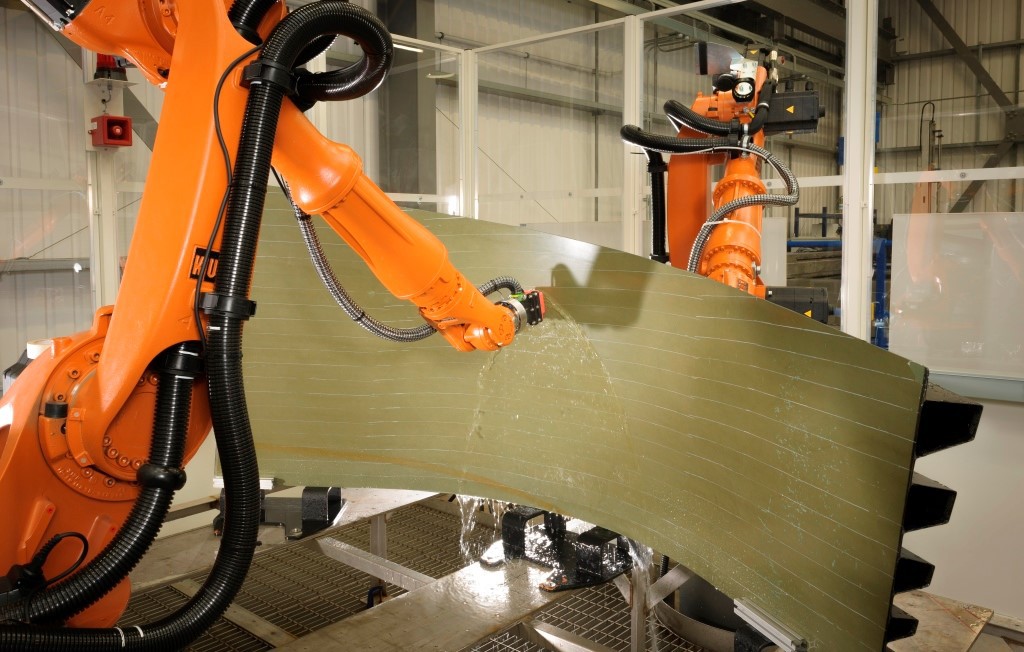 TWI has teamed up with aerospace industry partners and the Welsh government to tackle inspection challenges faced by the Aerospace industry, focusing on three areas, to be able to increase throughput and reliability, and reduce cost.

According to Regional Manager, Philip Wallace, "We are able to perform real-time inspection with FMC and provide fully calibrated B, C, and D-scan visualisation. The software is able to cope with complex curvature and internal anisotropy such as that found in composite and additive manufactured components. We have also invested three years of research and development into driving down the cost of inspecting aerospace components made from composite materials. The automated inspection system uses in-house developed, highly advanced UT technology to provide 3D imaging of parts that in many cases could not be inspected in any other way."

A new thermo-mechanical fatigue testing machine has been developed by engineers at Zwick Roell in Germany, which they claim could have significant benefits over other currently available systems. 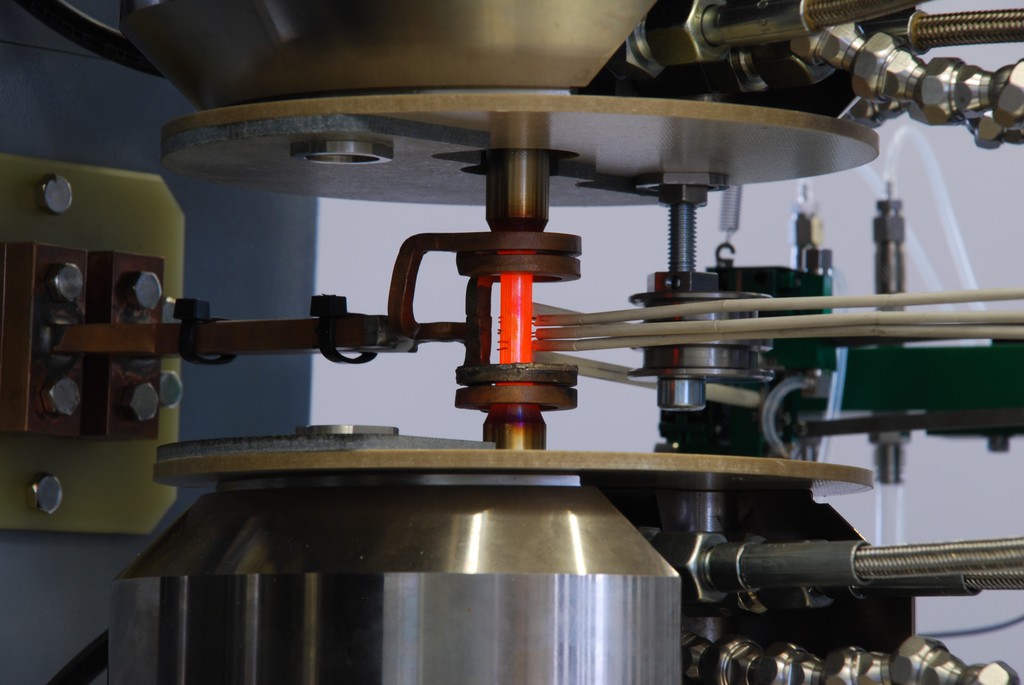 Thermo-mechanical fatigue (TMF) is caused by a combination of mechanical and thermal loading where both stresses and temperature vary with time. TMF testing is a variant of fatigue testing, designed to replicate service conditions experienced by a wide range of materials and engineered components. Typically, TMF testing characterises the response of materials to both cyclic mechanical loading and fluctuating temperature and this type of loading can be more damaging, by more than an order of magnitude, compared with isothermal fatigue at the maximum operating temperature. Material properties, mechanical strain range, strain rate, temperature, and the phasing between temperature and mechanical strain all play a role in the type of damage formed in the material.

Zwick Roell offers a TMF machine which they say is ideally suited for research in the aerospace and power generation industries. They explain that their TMF system simulates the complex effects of thermal cycling combined with mechanical loading, normally experienced by gas turbines and similar equipment during operation. 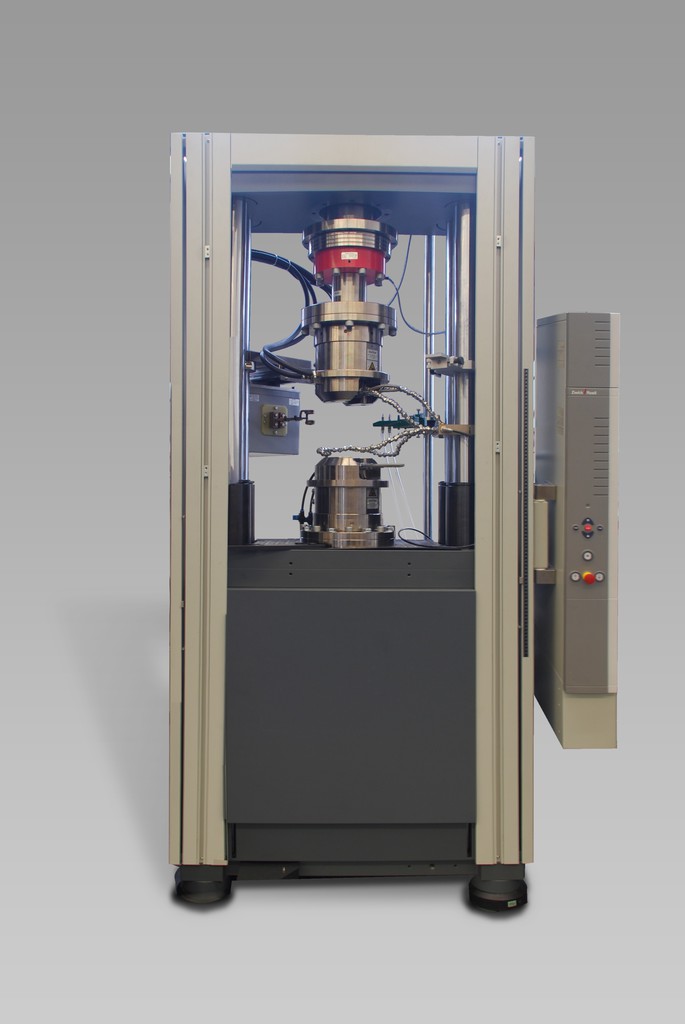 More sophisticated than isothermal fatigue, TMF testing helps to better evaluate the life of many materials and engineered components that are used in high-temperature applications.

Igus’ new Dryin W linear guide system, constructed entirely of carbon fibre reinforced plastic (CFRP) is designed for applications across the aerospace, automotive and medical industries. It is up to 60% lighter than a traditional steel rail system, and 40% less compared with, the ‘light’ alternative, an aluminium rail. This system is available for travel lengths of up to 2m in aerospace and motorsport applications, or where high dynamic movements are important, such as robots for manufacturing. 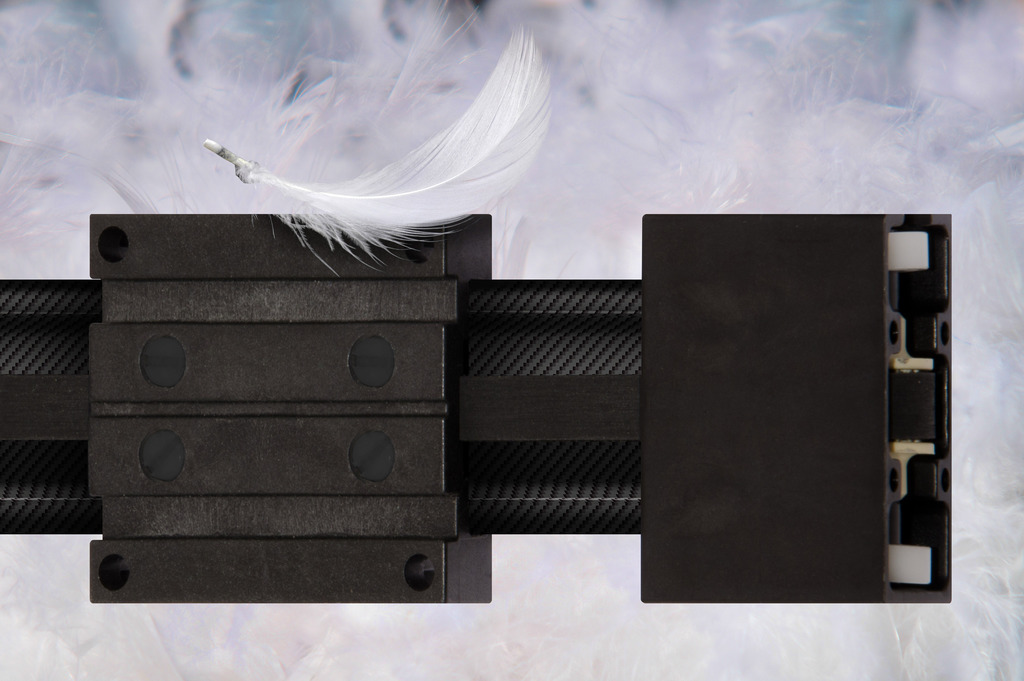 In addition, the carbon Drylin rail is available as a completely metal-free belt drive system, which integrates plastic pulleys and Xiros plastic ball bearings – these linear guide systems can be used without restrictions within X-ray equipment.

In a joint research project called 18-WeLdt, University West and GKN Aerospace in Sweden together with Tecnitest Ingenieros and IK4 Lortek in Spain, have worked with the goal to make it possible to inspect weld in hard to reach areas. The background is the requirement for decreased fuel consumption in aero engines, where reduced weight is a possible solution. A risk with lighter structures is reduced margin of safety. One step to solve that problem is increased quality control in production and regular, automated maintenance inspection.

Traditional non-destructive testing methods (NDT methods) for detecting surface breaking cracks is penetrant and eddy-current inspection, and in some cases ultrasonic testing. Those methods all have limitation when it comes to hard to reach areas.

Developing a plane involves tens of thousands of steps that operators must follow with many checks in place to ensure quality. By adding intelligence to the system, smart tools understand the actions that the operator must perform next and automatically adjust the tools to the proper settings, which simplifies the task for the operator. Once the action is completed, the smart tools can also monitor and log the results of the action, which improves the efficiency of the production process. 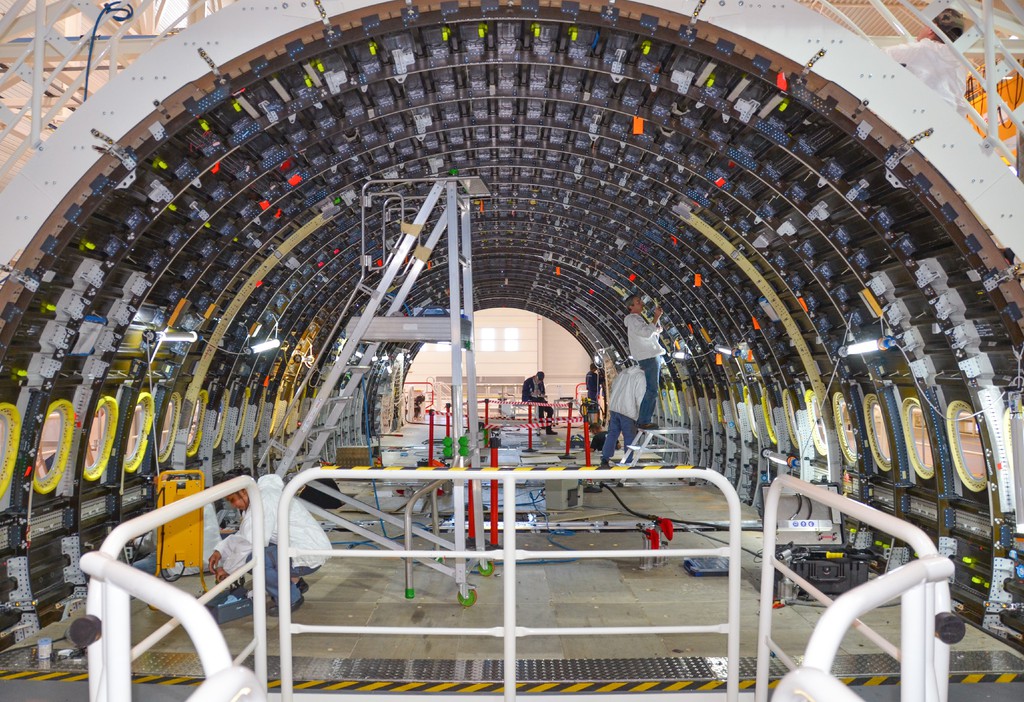 Factory of the Future at Airbus is an incremental long-term research and technology project that is seen as critical to competitiveness in manufacturing processes. It includes launching the development of three smart tool families that perform different manufacturing processes: drilling, measuring, and quality data logging and tightening.

The foundation platform is the National Instruments NI SOM, because of the ubiquitous architecture and framework that it provides to accelerate the development process from design to prototyping to deployment. Before developing on the NI SOM, prototype was based on an NI CompactRIO controller (cRIO-9068) which allowed the company to integrate IP from existing Airbus libraries and open-source algorithms to validate concepts quickly.

Lesjöfors is contributing to a prestigious project of the European Space Agency, where helical fuel pipes is developed and manufactured. The function is technically demanding and is important for the satellite's positioning. Head contractor is Airbus UK.

The Swedish Space Corporation (OHB Sweden AB) contacted Lesjöfors with a request for the Solar Orbiter project. It concerned the development of a production method as well as manufacturing of helical fuel pipes in ultra-thin titanium with high precision and complex shape and very tight tolerances.

Lesjöfors' mission was to develop and produce a variety of spirals that would serve as fuel pipes for the satellite's steering rockets. The rockets have a critical function for the positioning of the satellite. “The pipes are very thin-walled, so the production required a great deal of know-how combined with small tolerances without the slightest room for deviations,” says Andersen.