This year’s Drives & Controls exhibition featured a number of particularly striking displays, amongst which was the TransDev stand. Family owned and run, for over 50 years the company has specialised in the manufacture and supply of timing and conveyor belts, and chains. In fact, it was TransDev’s founder, Stuart Osbourne that first introduced the ContiTech Synchroflex Timing Belt to the UK market back in 1965. 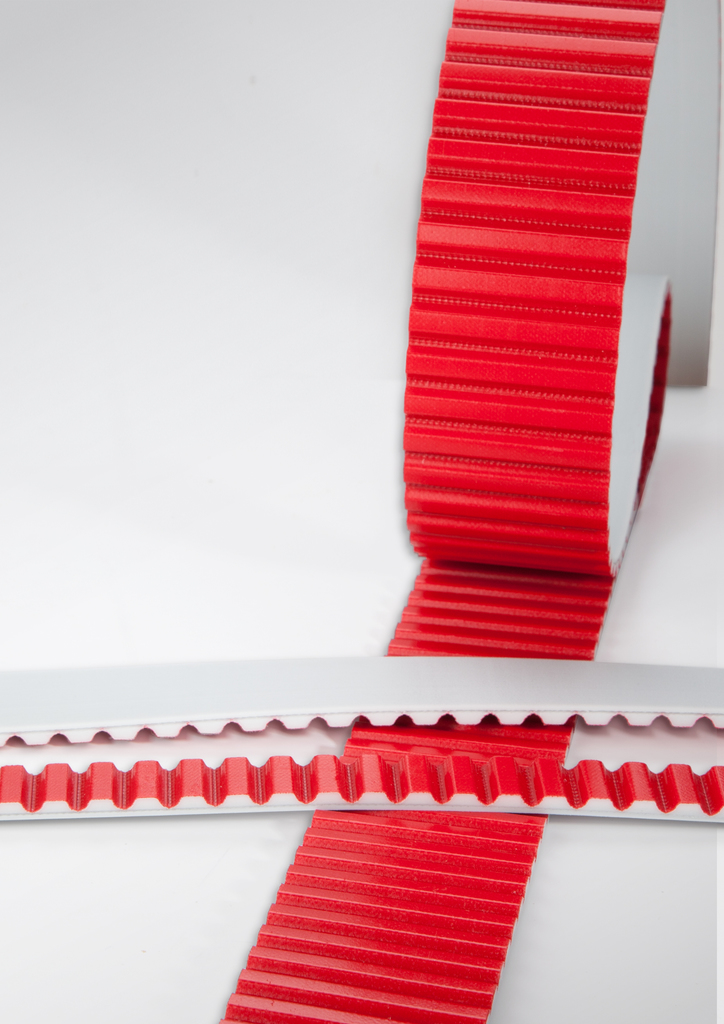 Although today TransDev’s portfolio stretches way beyond the timing belt – indeed, the company is the UK’s largest manufacturer of pulleys, gears and sprockets, as well as being a one-stop-shop for display and engineering plastics – it was the belts which took centre stage at Drives & Controls, and with good reason. While TransDev offers a huge array of standard products from major brands in power transmission and conveying, the company really shines when it comes to providing ‘one-offs’ specially designed for an individual job.

A whistle stop tour of the stand provided an overview of the sheer breadth of application, from quarrying to packaging, and the advantages that using a customised belt can bring. In many cases, using a standard belt will simply move product from A to B; in contrast a specially designed belt can really open up the potential of the application by providing support to deliver items in a specific orientation. This opens up possibilities in terms of product inspection, protection, marking and integration with further automated handling.

Examples of one-off designs on display included a belt specially produced for the nuclear industry, which is used to transport fuel pallets while also facilitating part marking and inspection; a belt used to transport CDs with precise positioning for printing; and various designs used in food production.

Other ‘standard’ belts showcased at the event included the newly launched FO Pioneer from ContiTech, a high performance raw-edge V-belt for drive solutions in machine and plant engineering, which offers up to 20 percent more power transmission and a longer service life than the FO Advance. It owes its improved product properties to its base material ethylene propylene diene monomer rubber. EPDM is dynamically more stable than standard rubber compounds and has a higher temperature resistance, ranging from -40 to + 120˚C.