UK ROBOTICS company, Cyberselves, has won a spot in the finals of the prestigious ANA Avatar XPRIZE global robotics competition. 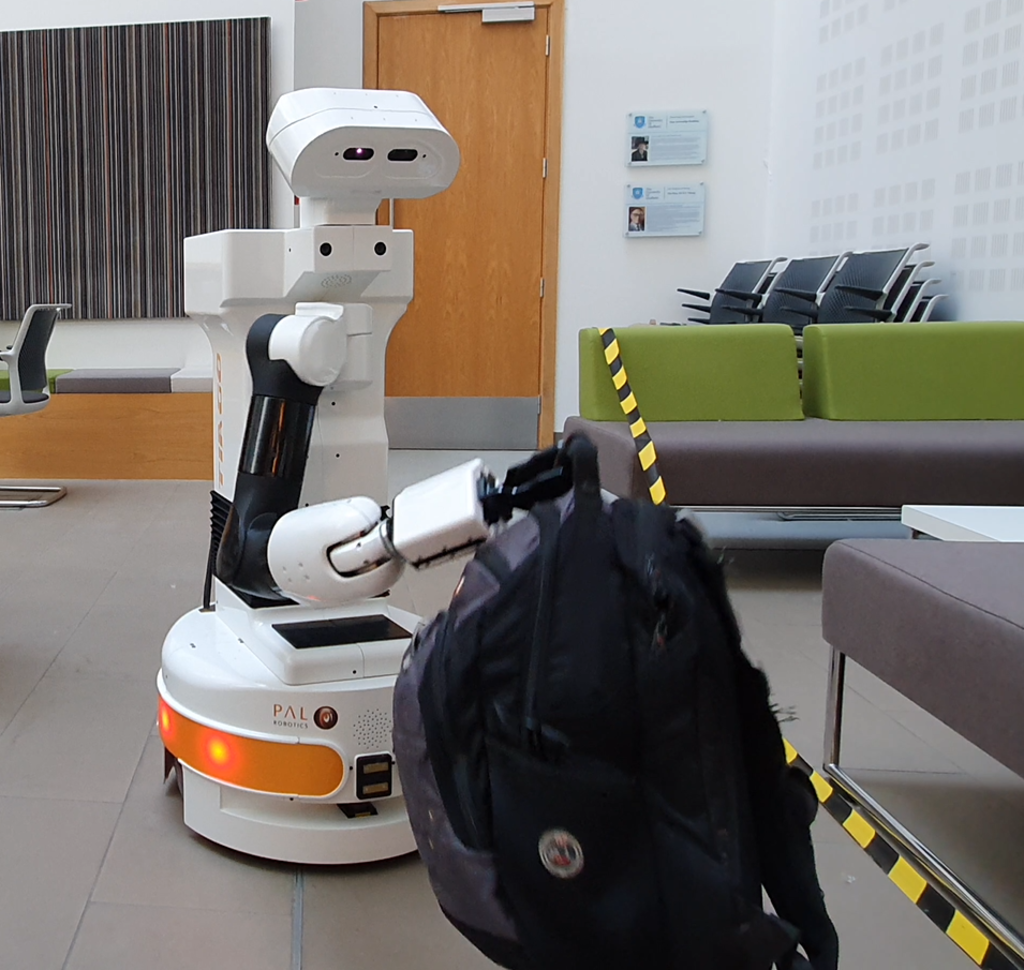 Cyberselves’ telepresence technology allows humans to remotely control a robot in an intuitive, immersive way. The human operator can see, hear and feel through the robot, allowing them to perform tasks from a vast distance as if they were really there. It is believed the technology could provide remote support in hazardous environments, for telemedicine and space exploration.

The $10m Avatar XPRIZE is a four-year global competition focused on the development of an avatar system that will deploy a human’s senses, actions, and presence to a remote location in real time, leading to a more connected world.

Cyberselves is one of only two UK companies to have made it into the finals of the competition, which was open to entries from around the world.

Unlike the other semi-finalist teams, Cyberselves’ technology lets users 'teleport' into a robot from long distances. This means the technology is uniquely placed for real-world impact, allowing human operators to safely carry out tasks in hazardous environments from thousands of miles away. Applications range from nuclear decommissioning to bomb disposal, offshore wind production and search and rescue operations.

In the semi-finals, which took place in Miami in September 2021, each avatar system was challenged to carry out three tasks: complete a children’s jigsaw puzzle of farmyard animals, grab and raise a wine glass in a toast with a human companion, and lift a vase to feel its texture. The systems were judged on their ability to execute the tasks whilst conveying a sense of presence for the human operator and the person with whom the robot interacted.

Daniel Camilleri, co-founder and chief technology officer at Cyberselves said: “We are incredibly proud to have made it into the finals of the Avatar XPRIZE. Our Teleport app makes the remote operation of robots both powerfully effective and functionally simple. With a smart phone, browser or VR headset, the user can take remote control of any robot in a way that is intuitive to the human body. The system has already been integrated with underwater ROVs, land-based UGVs and humanoid social robots.

“Sending signals through our cloud-based, low-latency communications platform, Animus, a movement made by a human operator in Europe could be carried out almost simultaneously by a robot in the United States. This seamless functionality is what makes the technology so promising for numerous real-world applications, from inspecting offshore wind farms to supporting disaster recovery.”

Over 900 expressions of interest were filed for the competition, eventually streamlined down to 97 competing teams. 37 of these made it into the semi-finals, with only 15 chosen to move forward into the final stage, equally sharing a milestone prize purse of $2M.

A combination of cloud robotics, VR, AI and haptic feedback makes the long-distance immersion possible. Cyberselves was also commended for the versatility of its ‘Teleport’ application, which can be used on any robotic system. Other telepresence technologies are only compatible with specific robotics hardware, meaning they could only be deployed in scenarios where the matching robots, running on the correct operating systems, were available.

David Locke, executive prize director of the ANA Avatar XPRIZE said: “We’re thrilled to announce the finalist teams moving forward in the ANA Avatar XPRIZE. The cutting-edge technology we witnessed at semi-finals testing has the potential to entirely reimagine the human experience. We’re excited to see how teams further fine-tune their technology systems as we lead up to finals testing.”

Junko Yazawa, senior vice president of All Nippon Airways (ANA), which sponsors the Avatar XPRIZE said: “We are very excited to have 15 teams safely moving forward to the ANA Avatar XPRIZE finals, despite current COVID-19 restrictions. We are really proud of their achievements so far with their innovative Avatar technology that will most definitely be an important part of our future in travel and human connections. We look forward to witnessing our dreams come true as the teams showcase their Avatars once again for the finals.”

The projects form part of an £800,000 programme run by DASA on behalf of the Ministry of Defence’s Chief Scientific Adviser and the Nuclear Decommissioning Authority (NDA), and managed by the Defence Science and Technology Laboratory (Dstl).

The XPRIZE finals, due to take place in Autumn 2022, will see the teams compete to win a share of $8M. The grand prize winners will receive $5M whilst second and third place will secure $2M and $1M respectively.