Nearly 40% of the labour force at a typical automotive manufacturer is spent on moving parts from tote bins to feed machines. And yet, while bin picking has traditionally been hard to automate, things are now changing 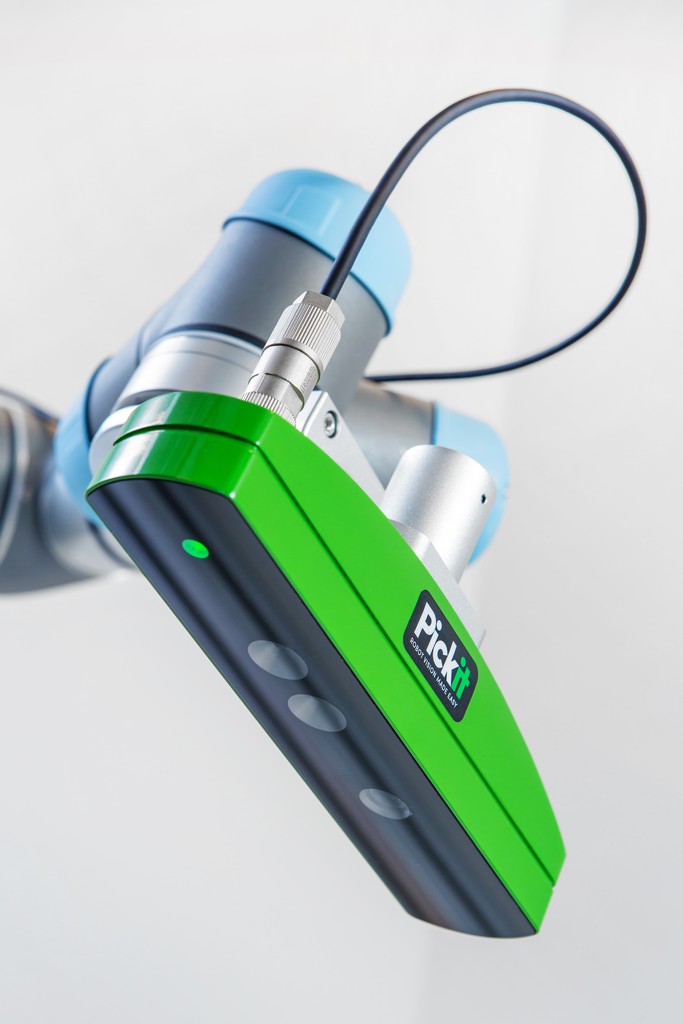 Conventional robots cannot deal with objects lying randomly in a tote bin or box, and most of them cannot even handle items that are semi-structured in a container or layered on a pallet. So, imagine the potential if an operator could just drop objects in a bin, supported by a robot that knew what to do?

This next-frontier of automation has been unlocked in recent times by robots with ‘eyes’, and 3D vision in particular. To assess whether a company is ready for vision-enabled robots, it makes sense to first compare the alternatives.

Traditional hard automation solutions such as bowl feeders are great for high throughput applications but, dependant on the model, can lack flexibility. For instance, what if there are many different component types? Buying a separate bowl feeder for each is hardly cost-effective.

If this sounds familiar, companies should consider moving forward with robot vision, especially if there is a need to change parts. With vision technology, such a requirement simply entails recalling stored algorithms from a PC.

2D vision is a cost-effective solution for many simple tasks, such as picking flat parts separated in a plane without touching each other. However, it is not possible to process 3D-shaped components as they can look very different depending on their orientation. Also, if the light changes, shadows create new contours, confusing the camera even more.

In short, only 3D vision systems are able to provide the flexibility required by most modern manufacturers. This technology solves application challenges where parts are overlapping, glossy or vary in shape and size.

Notably, fast changeover is assured. When a tote bin has been emptied of parts, users can simply replace it with a new bin containing the next product. The issue of space is also negated, as companies only need add a camera to their robot (most modern 3D vision systems are compatible with major robot brands).

3D vision reasons on the actual shape of a product, as opposed to a 2D colour image. Hence, for parts with complex geometries, reflective properties or low light conditions, 3D vision-guided robotics are far better equipped to cope.

Highlighting the growing uptake of this technology, 48 of the top 100 automotive suppliers already automate bin picking with 3D vision or have it in the pipeline for the coming 1-2 years. This advanced technology suits many tasks in the automotive arena, not least random picking operations.

A case in point can be seen at KYB Americas Corp, one of the world’s largest shock-absorber manufacturers, which saved 50% of operator time on machine feeding by using a Pick-it 3D vision system with a robot by Universal Robots to automate a bin-picking process.

The previously manual operation, which was time consuming and error prone, involved bin picking steel cylinders with a slightly different diameter at each end and placing them on a conveyor belt in the same position and orientation each time. Using the automated system, the operator can now take a bag of products and dump them down a chute, after which the vision-enabled Universal Robot picks the products. As a result, the operator now has time to tend two lines with four robots, while still achieving fast cycle times.

Such was the project’s success that the company now has four Universal Robots fitted with Pick-it 3D vision systems.

Pick-it, which is available from RARUK Automation, is suitable for automating nearly any picking task of different shapes, materials and size that need to be placed and fed into a machine or process. The system can find parts in bins, boxes, pallets and on tables. Easy-to-use software eliminates laborious programming, and no special skills are required.