A BRAVE new world for bearings

BEARINGS EXPERT, SKF, is building an experimental verification facility that will provide unprecedented insights into the mechanisms behind bearing failures and performance prediction. 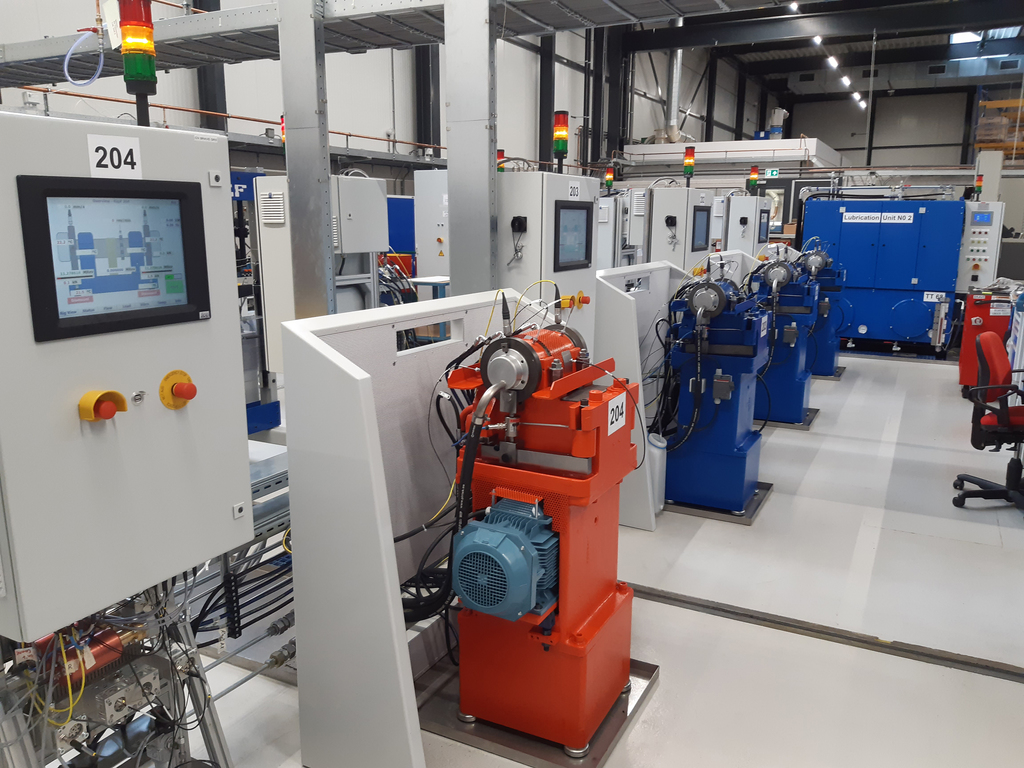 Some ten billion bearings are manufactured each year and, given the harsh conditions to which they are often subjected, they are incredibly reliable with approximately 90% outliving the equipment to which they are fitted. Only 0.5% of bearings fail in service, but this still means that some 50 million are replaced due to damage or failure every year, and each of these failures will likely have financial implications for their operators in terms of lost production, damage to adjacent parts and the cost of repairs.

There are numerous reasons why bearings can damage or fail. Generally speaking, around one third fail due to fatigue, while another third fail due to issues with lubrication. Contamination causes a sixth of bearing failures, while the balance is accounted for by other factors, such as improper handling and mounting, heavier or different loading than was anticipated, and poor fitting.

When attempting to predict how, and perhaps more importantly when, a bearing will fail, a huge number of variables must be taken into account, including the application for which it will be used, the environment in which it will operate, the lubricants used and the loads to which it will be subjected, to name but a few. As such, when developing new bearings, verifying their performance and for how long they will last can be a slow, expensive and complex process.

SKF is looking to solve this problem at its Research and Technology Development (RTD) centre in Houten, The Netherlands. The company has started work on the construction of an experimental verification facility there that it will use to increase its knowledge of the mechanisms that cause bearings to fail. It will also use the facility, which will be called Bearing Rigs for Accelerated Verification Experiments (BRAVE), to develop ways to predict the remaining useful life of these critical components rapidly, accurately and repeatably.

Team keader for Bearing Steels, Urszula Sachadel, and Edwin Tummers, team leader for Experimental Verification at SKF have been running this project. “We needed a flexible testing facility where we could simulate different application conditions and see how a bearing system, including the materials from which it is made, and the lubrication employed, performs when operating under different loads and at different speeds. We also needed to be able to do that in a way that allows us to perform investigations on that system, so we can determine how defects are generated, how they progress and how long the bearing will last until maintenance is required,” says Tummers.

When completed, BRAVE will feature a number of rigs specifically designed and tailored to meet SKF specifications will be used by researchers to develop and experimentally verify bearing failure models. The functions of these rigs will be categorised as ‘contaminate’, ‘initiate’ and ‘propagate’, and they will be often used in sequence. Sachadel explains: “With the contaminate set-up, for example, we can generate defects, such as dents, abrasion, electrical damage and corrosive damage in the bearings in different ways. We can also apply different lubricants. In the initiate set-up, we can then run the bearings under certain conditions to create some initial damage to them. Finally, in propagate, we can determine how different load and speed conditions influence the rate at which this damage spreads." The setup of the three rigs can also be used in isolation, or in a ‘mix-and-match’ approach, enabling a wide range of tests to be performed.

In this way, Sachadel says, SKF researchers can screen many different variants of bearings very quickly to determine the best solution for a given application.
Test procedures will be developed, controlled and monitored closely, and all of the data, regarding things such as vibration, temperature and load history will be recorded. This data can then be analysed in detail during or after the experiments.

Sachadel continues: “Using BRAVE, we will be able to quickly evaluate potential bearing solutions, screen them, and understand the impact of different manufacturing processes on their performance. Further, in the future, we can use the data we gather to support our development of artificial intelligence and machine learning techniques to predict or improve the performance of our bearings.”

BRAVE will be of particular benefit to SKF’s Rotating Equipment Performance (REP) business and its remanufacturing operations. Sachadel explains: “We plan to look at the bearings after different stages of remanufacturing, to determine how the process affects their performance and how to boost it.”

Work on the facility is currently scheduled for completion in early 2021. Sachadel concludes: “We're going to learn a lot of new things through BRAVE, which we look forward to sharing with our customers.”