In an example that highlights how focus on automation and digitalisation results in innovative, connected, and efficient processes, last year saw series production of Volkswagen Commercial Vehicles' new Multivan begin in modernised production facilities in Hannover 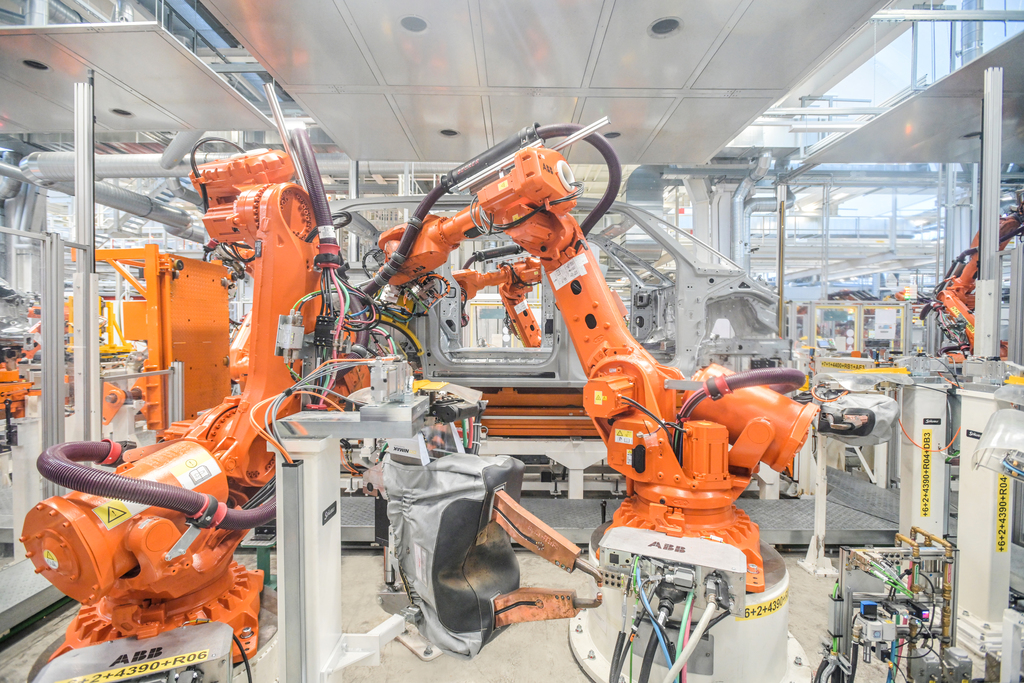 WHEN THE first production models of Volkswagen Commercial Vehicles's (VWCV) new Multivan came off the line towards the end of last year, it marked a milestone in the transformation process of the main Hannover VWCV plant. The integration of the new Multivan into the production processes and the construction of new manufacturing facilities were done while production in the plant carried on in parallel.

“For all of us in Hannover that was a challenging task, which was executed in every detail,” says Josef Baumert, board of management member for production and logistics at VWCV. Despite the challenges caused by the coronavirus pandemic and the fraught situation with regards to supply of some parts, series production of the new Multivan startedon schedule.

The expansion of automation and the systematic implementation of the digitalisation strategy in the manufacturing operation is increasing production efficiency once again. Take the body shop as an example: in the T6.1 manufacturing process the degree of automation is around 77%, with the new Multivan it is 93%.

Machine supervisors look after multiple stages in parallel from one control stand. They are in constant contact with the machines via smart watch digital devices. If any parts are needed or servicing is due, this gets reported well in advance, thus avoiding any downtime.

In the paint shop, having had a new topcoat system commissioned two years ago, a new bi-colour system is now in use. It’s here that the new Multivan vehicles get their popular two-tone paintwork finishes.

An automated logistics system for parts increases efficiency in the assembly process. Self-driving carrier vehicles in the factory bring parts directly from the stores to the assembly lines. In the future, T6.1, Multivan, ID. BUZZ and ID. BUZZ Cargo will all be made on just two main lines. “It’s an outstanding feat of both planning and logistics”, says Baumert.

“We are taking our employees with us into the future in the transformation of the plant," says Nassia Zdravkova, head of HR Germany. Training sessions in the production department on the new models’ start-ups, the manufacturing processes and in particular the subject of electric mobility are running continually. For this the company is, for instance, making increased use of virtual training sessions, in which employees are able to familiarise themselves with new workflows using VR glasses.

New jobs are also being created in the area of production through the ongoing digitalisation and automation. Employees are being selected for these through skills development programmes and prepared for them through targeted training courses.

"Right now there is a programme running to develop data analysts internally. That’s a skill that we’ll increasingly be using in the near future in vehicle manufacturing. The course participants do not have any specialist IT knowledge, but have the right skills to be trained up for the tasks," says Zdravkova.

Starting series production of the new Multivan as a plug-in hybrid is a milestone in the electrification of production in the Hannover plant. As of 2022, three vehicles will be simultaneously made here on three vehicle platforms and with three drive system variants: the T6.1, the new Multivan and fully electric ID. BUZZ. From 2025 onwards, further fully electric premium models for other Group brands will also be made here. Says Baumert: “In this way we are becoming one of the most modern factories in the Volkswagen Group. Connected, digital and highly automated.”

With the Change4Factory production strategy, VWCV’s production and logistics departments are actively managing the transformation of the sites. In addition to efficient car making, the ‘Sustainable Factory’ is a core element of this strategy: a factory without any negative impact on the environment - that’s the vision. This works directly to the benefit of the Group objective of having a carbon-neutral footprint by 2050