Visualisation platform is out of this world!

AS THE world moves deeper into the energy transition, the use of electric vehicles (EV) is now the norm, but that change is putting huge stress on the raw materials required to manufacture the batteries, says Steve Briant 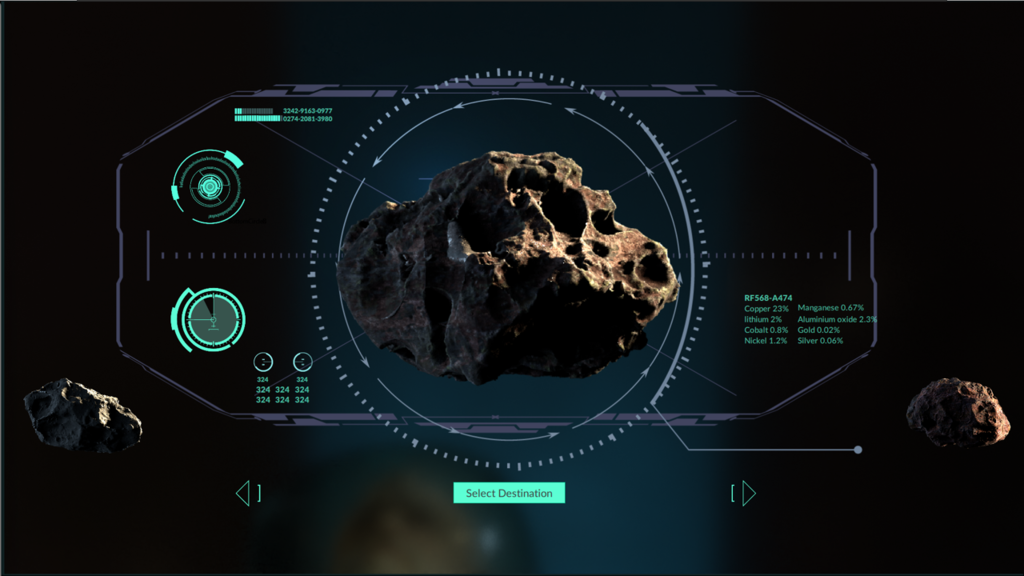 Critical earth elements typically found in electric vehicle batteries are lithium and cobalt, both fully recyclable. However, the challenge facing western nations is that the supply chain for rare earth is extremely constrained geographically.

In addition to the price concerns, there are environmental concerns. Rare earth metals are extracted from ores that can contain radioactive materials, such as thorium, and extracting the required rare earth metals typically uses a huge number of carcinogenic compounds, including ammonia, hydrochloric acids, and sulphates. It has been estimated that processing one ton of rare earth metals can produce up to 2,000 tons of toxic waste. For EVs to truly be a transition to green technology this situation must change.

Fortunately, there are plenty of minerals to be found in our solar system, notably between Mars and Jupiter, in a grouping known as the Main Asteroid Belt. The Main Asteroid Belt lies more than two-and-a-half times as far as Earth does from the sun, and it contains millions of asteroids. Most of these are relatively small, from the size of boulders to a few thousand meters in diameter, but some are significantly larger.

Now imagine: to mine this asteroid belt, huge spaceships are constructed that contain processing facilities and battery manufacturing plants. To maximise efficiency and ensure health and safety, these ships carry minimal personnel, so they must also be controlled by a central operating hub back on Earth. From there, operators can visualise and control all the ship's functions via a complex human-machine interface (HMI) built on Rockwell Automation’s FactoryTalk OptixTM.

This scenario may seem far-fetched, but the ability of FactoryTalk Optix to manage such a scenario is not. It is exactly this scenario that we have built our latest demo on. This demo can be viewed at this years’ tradeshows around the world starting at the ROKLive EMEA in Gothenburg, Sweden, 24-27 October, as well as its global Automation Fair event in Chicago, 16-17 November.

A platform for visionaries

FactoryTalk Optix can help improve your process, efficiency, and deliverables, in one easy-to-access tool. Take advantage of new levels of collaboration, scalability, and interoperability to achieve your HMI vision. New SaaS-enabled workflows enable your team to collaborate any time, from anywhere, thanks to built-in change tracking and versioning that automatically keeps track of who did what and when. FactoryTalk Optix is a new concept when it comes to visualisation in an HMI; a software-based application that can run on many different platforms. It has taken HMI visualisation to a new level, which is why Rockwell calls it ‘visualisation for visionaries’.

The history behind the platform comes from Rockwell Automations’ acquisition of ASEM, a leading provider of digital automation technologies, based in Italy. Among other assets, this acquisition brought two innovative software platforms into its portfolio: one was a remote-access product and the other was a flexible HMI product. This became the foundation upon which FactoryTalk Optix was built.

One of the most important attributes of FactoryTalk Optix is its openness, allowing it to interface with competitive network protocols that can reach Industry 4.0. Openness is an important aspect of Industry 4.0, but all too often such concepts are simply rhetoric. In contrast, FactoryTalk Optix has a depth of openness that until now had been unimagined – and that goes right down to the core of the product.

The other avenue that we focused on was building out workflows that help customers work more efficiently and build them into the product, rather than being an add-on. With FactoryTalk Optix, Rockwell Automation built in not just the ability for multiple users, but the tools that are needed to compare changes. Comparisons, multi-user control, rollback control, and version management systems can all be handled while maintaining the open theme. It can use Rockwell’s cloud-based central storage solution, called FactoryTalk Vault, which helps manage everything, but because of its true open nature, FactoryTalk Optix also allows enterprises to use their own repositories. Git-enabled workflows work seamlessly in FactoryTalk Optix, plugging straight into the platform – both at the automation level and at the project/workflow level.

FactoryTalk Optix has enabled that same control for library management. Library management is critical, especially for OEMs that want to manage multiple machines, corporate standards, and efficient rollout. FactoryTalk Optix has the same version control for libraries used for projects. If an organisation has a login icon and it changes, all your users can see that change in a library icon. They receive a notification, like when an app updates on a mobile phone, that informs them something has changed.

Leaving the four factory walls behind

This all sounds good but what does it mean for the customer? The bottom line is faster and more efficient engineering. It also facilitates remote access. This has been on the radar for some time, but its importance was highlighted over the past two years as the world struggles to continue working through the challenges imposed during the pandemic. The technology built into the tool allows users to invite another user into the remote access scenario, which increases transparency.

These concepts are not easy to communicate in a lab or demo environment. It was important that the entire space mining demo could be run inside FactoryTalk Optix. One of the strengths of this software is that it can connect geographically disperse assets and facilities around the world, but we wanted to go a step further and show how this connection could work off-world. They wanted to connect to things around the solar system, and they were adamant that given the visionary capabilities of FactoryTalk Optix, they did not want to constrain the demo to a traditional HMI platform.

If you look across all the different vectors and what Rockwell does operationally with visualisation, 99.9% is tied to a machine. That machine is on-premise, operational and in real time. You can push a button and a fraction of a second later the machine responds. Think about the possibilities if that same functional behavior is loaded on a cloud surface and tightly couple it with control. With Rockwell’s space mining demo, you get the layout of the expanse. It is a horizon view, where you push your mind a little bit into a different space.

FactoryTalk Optix enables connectivity with multiple internal and external entities. It allows you to interrogate at a deeper level and the interaction between the levels is heavier. And above all, it enables you to do it remotely. With the openness, you are not constrained to working with Rockwell Automation platforms, so you can take existing technology already in place and layer FactoryTalk Optix on top. It enables you to be faster and more efficient, with improved, swifter workflows, rapid reaction times, and less disruption.

Be part of the Rockwell Automation mission and watch its space mining demo, launching at the ROKLive EMEA event in Gothenburg, Sweden, 24-27 October. Register today.