Capacitive touch technology is taking over the smartphone and tablet world, but it's still seen as risky for industrial use, where resistive panels are dominant. David Jones, product manager at Yokogawa, explores a new hardened resistive touch, which finally offers a viable alternative. 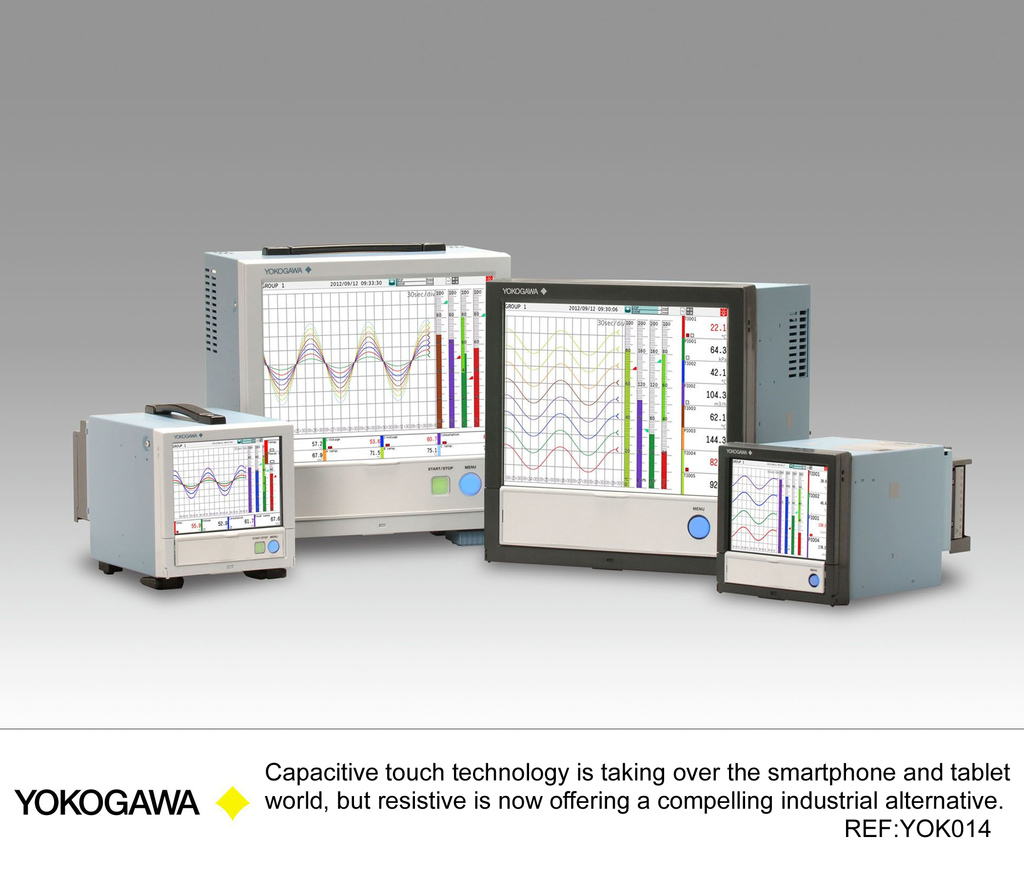 How many things have you touched so far today? It's not really a question we give much thought to and yet it lies at the heart of our basic daily actions. It starts from the second we wake up and lasts until the final moment of the day. From our alarm clocks, light switches, toothbrushes and door handles, to kettles, car keys and pens, you name it, we touch it. And the biggest culprit of all? Our mobile phone.

This sneaky sidekick hankers for our attention constantly. Recent research published in the Journal of Behavioural Addictions, suggests that on average we check our mobile phone 150 times a day. That's every six and a half minutes!

The rise of compelling devices with larger screens and better processors has led to a revolution. The technology that underpins this revolution has had a staggered past. The early forays into touch screen development used resistive panels. Two flexible sheets of plastic covered in a metallic layer of electrodes would come into contact, horizontally and vertically when pressed, registering the precise location of the touch, made by a stylus, finger or pen.

Resistive technology didn't catch on however, because early iterations were not powerful enough to process multi touch inputs, surfaces were not scratch proof and due to the multi-layered plastics, visibility in sunlight was poor.

As the power of microprocessors has increased, capacitive technology has come to replace resistive as the favoured norm in consumer electronics.

Our human ability for 'body capacitance' has been used to great effect by touch panel engineers. In the early days, surface capacitance was used by applying voltage to a piece of glass covered with a transparent conductive material such as Indium Tin Oxide (ITO).

This worked well for retail kiosks, but its high cost and lack of multi-touch, meant that it was replaced with projected capacitance. Used in today's smartphones and tablets, it offers multi-touch gestures.

There is no doubt that touch screens are more effective, they reduce the cost of training because hand gestures like pinch to zoom, swiping and multi-touch are all more intuitive than using physical buttons to navigate complex tiered menu systems.

Whilst arguably adequate for everyday consumer use, capacitive glass touch screen technology is unsuited for more demanding industrial environments, where the risk of the glass breaking makes it dangerous to use.

An operative in the pharmaceutical or chemical industry will wear gloves for hand protection, preventing capacitive touch. As a result, older resistive displays have always been used.

To combat this problem, Yokogawa has developed the Smartdac+ GX and GP series of paperless recorders which boast the benefits of a capacitive screen, whilst eliminating the shortcomings of resistive technology.

Rated to NEMA4 and IP65 standards, the entire front panel assembly utilises a hard coated display surface, which is splash and wash-down resistant against numerous acids including HCL, NaOH,  and Ethanol. This enables the use of a stylus for handwriting input whilst wearing gloves, without scratching or corroding the panel.

Driven by intuition, we have developed completely new firmware which offers multi touch gestures such as pinch-to-zoom, swipe and click-and-drag. This is all powered by a specially designed microcontroller circuit board.

It is evident that touching is embedded within our very nature. As graphical and processing technologies continue to develop we will see the increased ubiquity of touch in our work and personal lives. So spare a thought for the developer the next time you reach for your phone.