Robotics & the potential for the lights-out factory

THE PHRASE 'lights out factory' is generally presented as something for manufacturers to aspire to. But, is the concept – which essentially means manufacturing without humans – a realistic goal? Dan Rossek looks at the issues 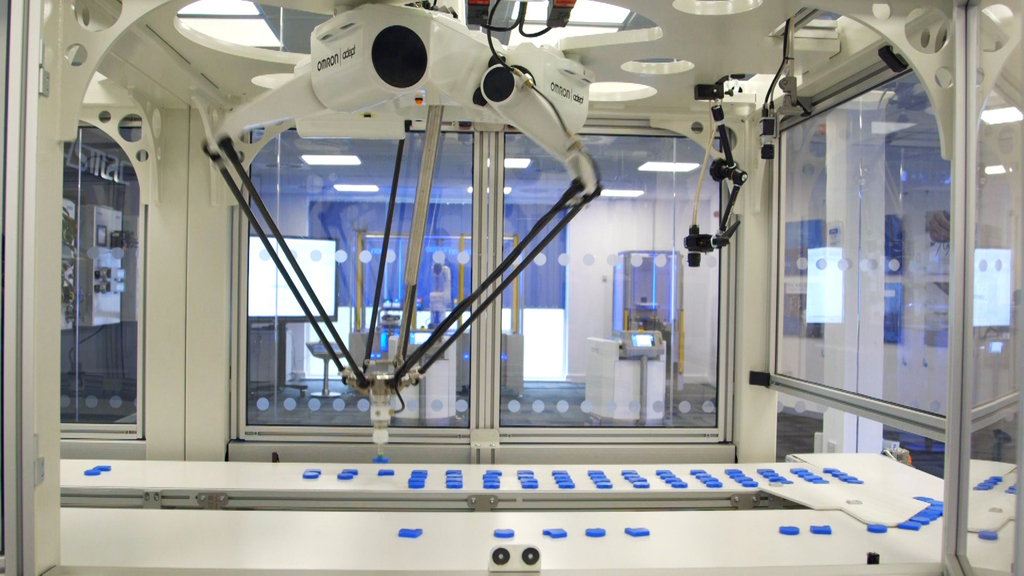 YES, THERE are fully lights out factories operating today – such as the Foxconn plant in Shenzen, China, which the World Economic Forum has recognised as a leader in the fourth industrial revolution – but such examples are few and far between. The concept is finding the most traction in situations where a lack of human interaction is a benefit. This includes applications with a risk of contamination, such as food processing or specialist electronic component manufacturing. It may also include sectors where the product margins can be higher – such as pharmaceutical production – where a return on investment is more achievable.

But these examples nearly all require a high-volume, low product-mix scenario to make them viable, and this is at odds with a broader move towards low-volume, high product-mix across manufacturing as businesses move towards creating greater choice for their customers.

The 100% automated, fully lights out factory is not a realistic goal for a large proportion of manufacturing businesses. However, for all manufacturers, there is a point somewhere between zero and 100% automation where the greatest return on investment in automation technology can be found. But beyond that point, it becomes unviable to continue automating.

A key reason why a fully lights out factory is not viable is that manufacturing needs people. As advanced as today's automation technologies are becoming, there are situations where human flexibility is still the best match to undertake complex processes – for example, where improvisation or complicated decision making is required to react to an unexpected event.

In the most basic of examples, let’s consider a bottle filling line. If a bottle jams, it isn't easy to rectify using automation. However, for a human, this is a relatively straightforward issue to deal with.

A significant benefit of digitalisation is that it enables the collection of valuable process data that can be analysed to identify the route-causes of production problems. This can then inform the adaptation of lines and machinery to minimise, or even eliminate, machine stoppages. Sticking with the bottle filling line scenario, it would be possible to redesign the filling machine's guides to eliminate the bottle jam. But, if a later batch of the supplier's bottles' falls out of spec, the issue could reappear despite best efforts. Yes, it is possible to put in steps to measure the bottles before they are fed into the line, but then there could be a material issue that causes another machine fault. Essentially, you can keep adding steps to optimise a line but never truly guarantee that all the potential problems are eliminated.

It is examples such as these that could mean that it is not practical to automate the last 10% of a production facility to achieve the fully lights out factory. Which also leads to the common trend of the manufacturing workforce shifting from traditional operational duties to supervisory roles.

So, a critical step for manufacturers is to identify to what extent, and in which areas, automation will offer them the best return-on-investment.

This can, of course, be quite a complex task, but many systems integrators and technology vendors can carry out analysis and develop a proof-of-concept – from single applications to entire facilities.

OMRON, for example, has a dedicated proof-of-concept laboratory in Milton Keynes, and other high-tech facilitates available across the globe. These sites are often used to construct a prototype system to offer a physical demonstration as part of the proof-of-concept process.

However, a fundamental enabler of the automated factory – and critical to any lights out projects – is robot technology. The movement of materials, sub-assemblies and other items around and within the production process – intra-logistics – would need to be a key consideration.

Traditionally, this would have involved forklift trucks. But today, mobile robots can automate those tasks, managed by a supervisory control system that ensures materials are delivered to machines, that work in progress is transferred between production systems, and that finished goods are taken back to the warehouse. Mobile robots can carry significant loads and work seamlessly with each other and humans if they are occupying the same space.

When it comes to automating traditionally human-operated tasks, where a degree of dexterity is required, cobots, or collaborative robots, offer a good solution. Despite the name suggesting otherwise, they can also be a valuable addition to a lights out scenario. While the collaborative aspect here would not be so important, cobots are designed to carry out more complex tasks, so they lend themselves to replacing manual assembly or processing tasks. They are also simple to programme, particularly when compared to more traditional industrial robots. If you have a high-mix environment with many products and tasks, the cost of reprogramming an industrial robot tends to outweigh its viability. This makes a cobot simple to re-deploy for different tasks, which is a particular advantage in high product-mix scenarios.

Where high-speed repeatability is the goal, industrial robots – such as delta robots – are ideal. In this category, advances in tooling are opening up new applications. For example, the automated packing of fruit has always been a difficult due to the need for delicate handling. However recent developments in gripper designs have meant that automating soft fruit packing with industrial robots has become a practical option.

Where high-speed repeatability is the goal, industrial robots – such as delta robots – are ideal

Recent developments in robotics have identified innovative ways of deploying the technology. Omron's MoMa is a hybrid concept that combines a mobile robot, a collaborative robot and a vision system, opening up a whole new range of possible functions. The combination of mobility and dexterity means that tasks previously hard to automate – like dealing with a jam in a bottle filling line – are now much easier to tackle, taking a step closer to enabling the lights out factory.

The factory of the future

Will a lights out factory be the norm in the future? While they are a rarity today, as automation technology continues to advance, it's clear that fully lights out operation will become more viable for a growing number of manufacturers in the years to come. Where today a manufacturer may not be able to justify automating the final 10% of their production process, that figure will shrink to 5% and then 2% and may eventually reach 0%.

What is important is that manufacturers fully understand where automation can best deliver value to their business today. And this is something that technology vendors and systems integrators are well equipped to support.