The new multi-channel I/O expansion modules for the Radioline wireless system from Phoenix Contact, with its compact 17.5 mm housing, now make it possible to transfer up to eight digital signals in one slice. 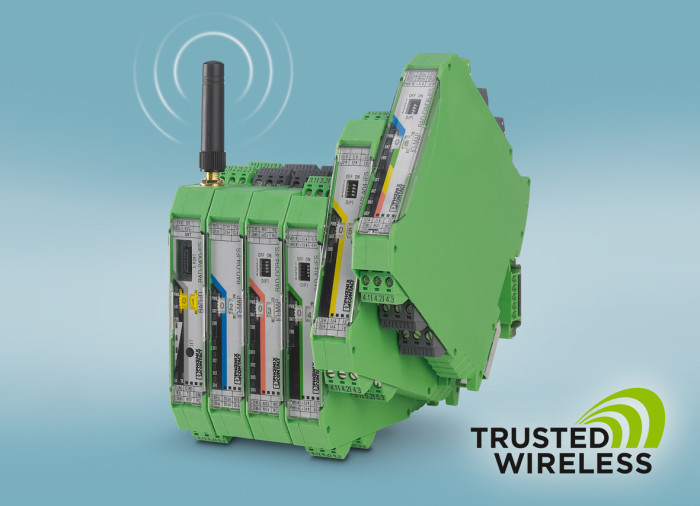 The wireless system is primarily used to communicate with remote devices in widely distributed systems. One unique feature is I/O mapping that allows signals to be distributed within the system easily and without software. Here, input signals receive I/O addresses by means of thumb wheels, with these addresses being mapped to corresponding output modules.

The wireless system has been upgraded with high-speed digital input and output modules that complement the existing wide-range inputs and relay outputs. The RAD-DI8-IFS input module processes eight digital input signals or two impulse signals between 0 and 100 Hz. The impulse inputs count events, for example, as a means of measuring the flow rate. The 32-bit counters can be read out directly via a Modbus RTU controller. The corresponding RAD-DO8-IFS digital output module processes eight digital signals that are triggered via transistor outputs.