A robotic approach to sortation 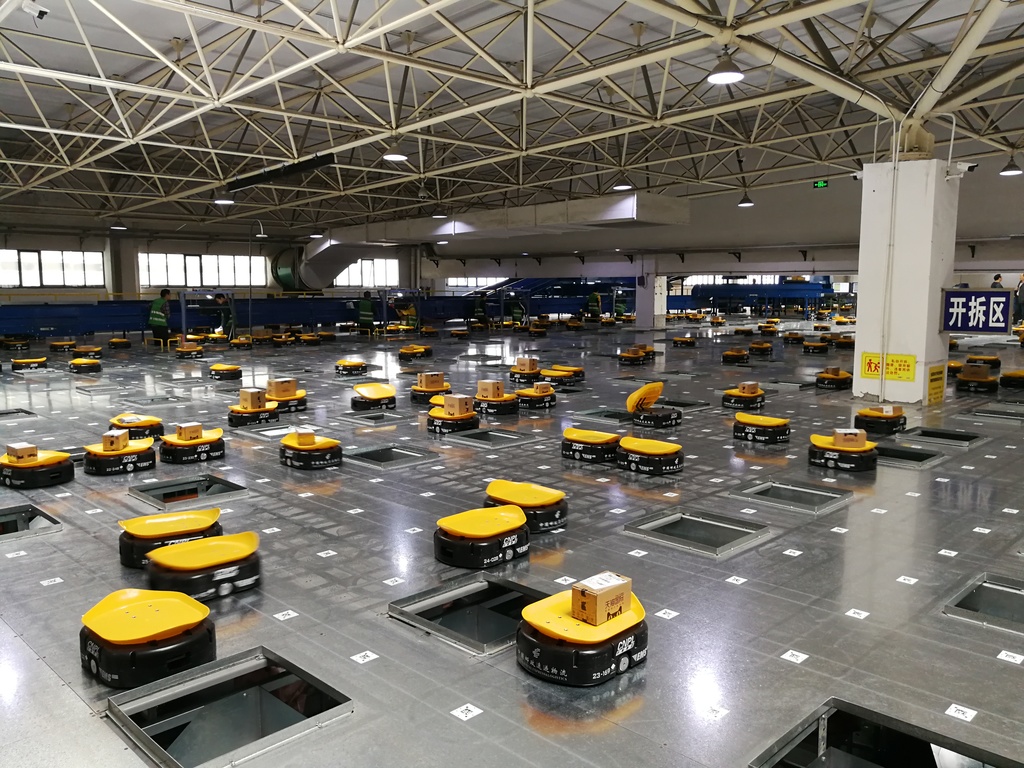 Across the e-commerce order-fulfillment sector sales of autonomous mobile robots (AMRs) are booming. According to the latest market intelligence report compiled by Interact Analysis* the number of AMR’s acquired for use in fulfilment order picking facilities globally was close to 20,000 in 2019 – a figure which is almost double the total posted for the previous year. And it is forecast that AMR sales will continue their upward trajectory with more than 1.1 million ‘bots predicted to be deployed in warehouses around the world before the end of 2024.

AMR technology differs from the science behind the established Autonomous Guided Vehicles (AGVs) that have become a familiar sight in logistics hubs across the world in that they do not rely on human interaction to change route. Instead, on-board navigation systems guide them between destinations.

There are a number of factors driving the current interest in using autonomous robot technology to carry out picking and sortation functions within order fulfilment centres. For example, a shrinking labour pool is making it harder to find and retain the people needed to undertake tasks traditionally performed by low-skilled workers in warehouses. And, of course, the spectacular rise of ecommerce throughout the Covid-19 pandemic – with online shoppers showing no let up in their habit of demanding low cost, ‘instant’ delivery – has also been a significant influencer.

Various AMR-based systems are available – each capable of performing specific roles throughout the warehouse, but one of the most recent intralogistics functions to benefit from emerging mobile robot technology is sortation. Sortation robots – such as LiBiao’s ‘Mini Yellow’ series – are proving an attractive alternative to the high CapEx fixed tilt-tray and cross-belt conveyor-based sortation systems that have historically been used within many busy parcel and ecommerce operations.

Cost-effective and flexible, sortation robots require a significantly smaller floor area within which to operate than a conveyor to achieve the same parcel throughput statistics, while the time needed to complete an installation is also notably shorter than what is necessary when building conveyor-based sorting solutions.

Furthermore, with no fixed infrastructure requirements, modular AMR-based systems are scalable and offer complete flexibility with additional robots easily introduced as and when they are needed to cope with any spikes in throughput. What’s more the technology is fully portable – meaning systems can be switched between sites if required.

And, of course, unlike conveyor-based sorting systems which often have to be shut down if a fault develops at any point ‘on the line’, if an individual robot malfunctions it is simply removed from the ‘shop floor’ and quickly replaced - with no discernible drop in throughput capacity.

In fact, the benefits of introducing autonomous robot sorting systems within an ecommerce or parcel processing environment are so clear and obvious that in The Mobile Robot Market 2020, Interact Analysis predict that around 300,000 sortation AMRs will be in operation worldwide within the next four years.

AMR sortation technology may be relatively new, but its value and reliability has been proven at various high profile sites around the world. LiBiao’s ‘Mini Yellow’ solution, for instance, is in operation at many diverse companies including Walmart facilities throughout the United States, at Uniqlo’s main hub in Japan and at various China Post sites in China. As our international client base continues to grow, we estimate that some two billion parcels are now processed using LiBiao AMRs each year.

Until now China and the USA have been the top two investors in AMR sortation systems but as autonomous mobile robot technology’s reputation for bringing flexibility and scalability to some of the busiest ecommerce and parcel sorting hubs in the world spreads, Europe’s logistics community is increasingly conscious of the benefits that this innovative, low CapEx approach to sortation brings.

Quite simply, with ecommerce only likely to become ever more competitive, Europe’s retailers and their logistics partners cannot afford to overlook the significant operational advantages that AMR-based sortation solutions deliver.

Xia Huiling is founder and CEO of LiBiao Robot

*  Interact Analysis's report on the mobile robot market – The Mobile Robot Market 2020 – is available at www.interactanalysis.com.