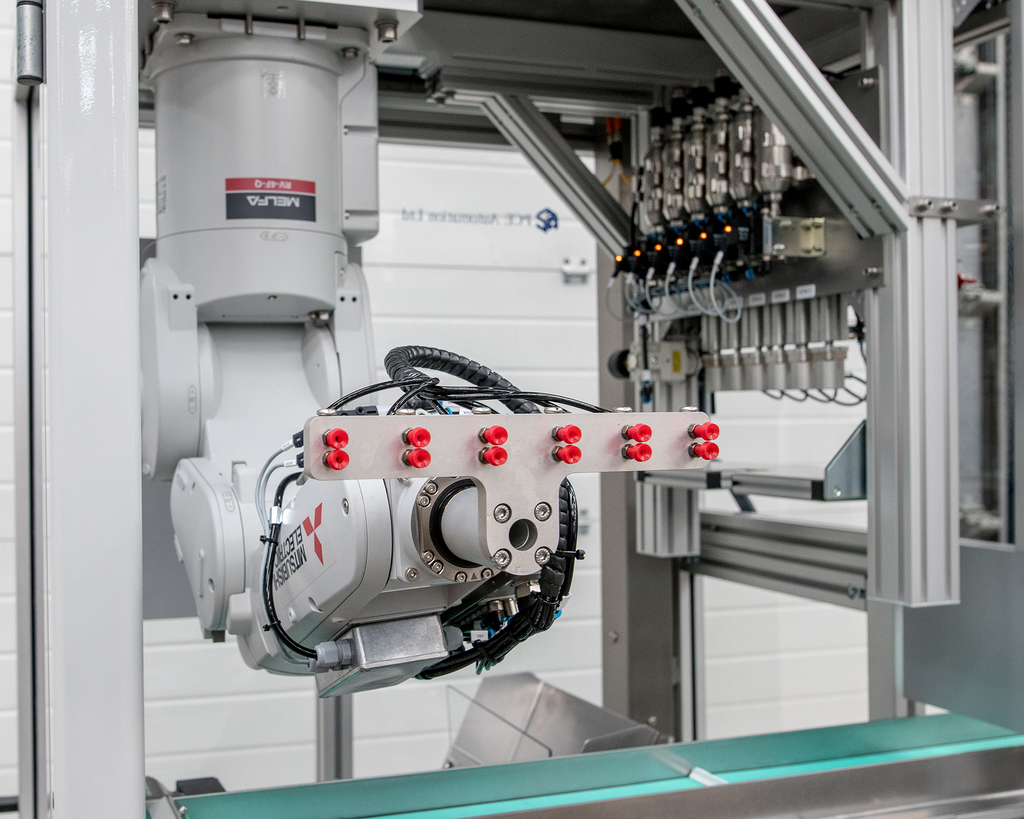 The MK5 which also supports integrated leak testing of plastic containers is based on a Q-series PLC, a MELFA six-axis articulated arm robot and a GOT Series touch-screen HMI. The resulting machine not only reduces transfer and testing times but also provides greater flexibility to adapt for different production runs.

“Existing take-out solutions tend to use three-axis robotic arms to carry out a simple pick-and-place function. As a result, users often need to redesign a part of the machine each time a new project or type of plastic container needs to be processed,” explained Julian Tarratt, Sales Manager at PCE Automation.

“With increased personalisation and shorter runs of products becoming popular we wanted to develop a more versatile, efficient and reliable solution. Our preferred automation partner, Mitsubishi Electric, suggested a MELFA RV-F-Q series robot with a full range of movement through six-axis articulation. Using the more dextrous robot we were able to remove traditional limitations and provide a more adaptable solution.”

The resulting MK5 is a compact system, fully compatible with existing machinery, where the MELFA six-axis robot picks the newly made plastic containers from ISBM machines and holds them firmly as airflow leak tests are performed. Once the testing is complete, the robotic arm sets the containers down onto a conveyor for onward packing processes.