After bearing problems, electrical faults are the most common cause of motor failure. Yet many organisations ignore electrical testing when they select condition monitoring strategies for the motors that run their plants. Michael Herring, Channel and Platform development manager, Electric Motor Condition Monitoring at SKF explains why they shouldn’t 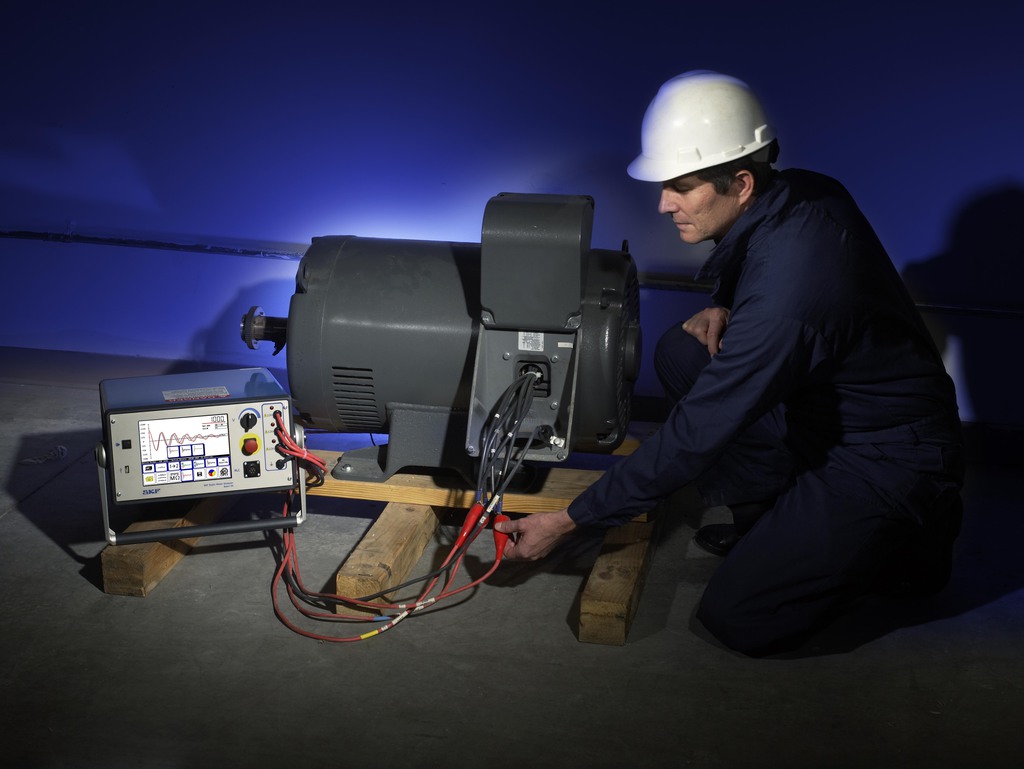 Modern electric motors offer high levels of energy efficiency and reliability. Yet they can and do fail in service. As companies increasingly adopt condition-based maintenance approaches in an effort to reduce unplanned downtime, motors usually feature prominently on their lists of critical assets.

Gaining a full picture of the health of an electric motor requires the use of a number of different tools and techniques, and it requires good record keeping and data analysis so slowly developing trends can be identified. The tool maintenance teams will use most is vibration analysis. Vibration can identify 60 to 70 per cent of the issues that can eventually cause motor failure, including problems with bearings, unbalanced loads and shaft misalignment.

To identify a large portion of the remaining 30 to 40 per cent of potential problems, however, teams must make use of electrical testing techniques. These tests fall into two broad categories: static tests, conducted on a motor when it is not running, and dynamic tests, conducted on the motor in service.

The majority of the electrical failures in motors begin with a weakening of the thin insulation around individual wires in the motor coils. This is typically caused by thermal stress, contamination and movement of the winding due to the magnetic forces during start-up and shut-down of the motor. Static testing uses industry accepted standards to identify the weaknesses within the motor windings. Tests are typically conducted from the motor control cabinet, which ensures electrical faults outside the motor itself – such as in junction boxes or external cables – are also identified.

If static testing is like an annual health check, dynamic testing is the equivalent of monitoring an athlete during a race – giving the chance for both instant feedback and long-term advice.

Portable dynamic motor test equipment, such as the SKF Dynamic Motor Analyzer - EXP4000, gathers voltage and current information and uses special algorithms to assess the quality of the power supplied and certain issues within the motor, such as cracked or broken rotor bars. State-of-the-art equipment like this can also provide torque information, both in real time and as a spectrum across a pre-determined frequency range. This provides information on the driven load, and helps distinguish a mechanical problem in the wider machine from an electrical problem in the motor.

Dynamic testing should ideally be performed as frequently as vibration analysis

Dynamic testing should ideally be performed as frequently as vibration analysis, and more frequently than static testing. Poor power quality, for example, can cause overheating, which can destroy insulation within a motor. For this reason, it is vital to identify and correct power quality problems as early as possible.

Dynamic testing is most often performed using portable test units, which makes sense as the tests are performed ‘in the field’. However, there is an increasing trend towards permanently installed online motor analysers such as the SKF Online Motor Analysis System - NetEP, which monitors multiple motors on a continuous basis.

Online systems allow data to be accessed centrally, at any time, which helps technicians and managers make better decisions – and much more quickly. Alerts can flag up the need to investigate or replace a critical motor, while trend data from months of monitoring can help to prioritise maintenance planning. Tens or even hundreds of critical assets can be monitored automatically with such systems. As an added bonus, these types of online dynamic analyser can improve safety, by removing the need for technicians to visit hazardous areas.