Energy consumption is a major factor for most industries. From reducing the financial burden to minimising their environmental impact, companies are constantly seeking ways to increase efficiencies within their processing and manufacturing operations. This article from Invertek Drives looks at the role variable frequency drives can play in achieving this 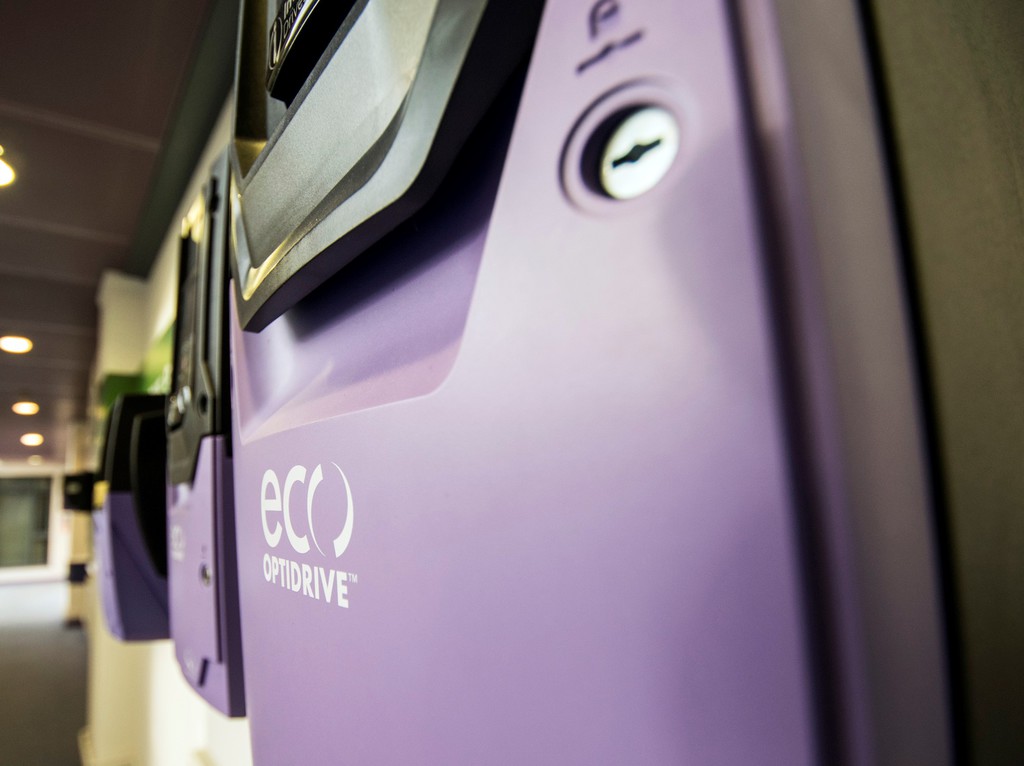 The drive for efficiency is seen none more so than within the textile and fabric industry which can use high levels of water that needs treating before discharge.

The need to address such factors has been a key part in the research and development undertaken by Invertek Drives when developing its range of leading variable frequency drives, used globally in a range of sectors and industries.

“Identifying and acting on potential efficiencies in motor control can often mean the difference between profit and loss. And that’s not only in the area of high energy users. Smaller commercial consumers of energy in their processes can also see dramatic improvements,” said Invertek’s product manager, Dylan Davies.

“One example is the MAS Fabric Park in Sri Lanka where they wanted to save at least 25 per cent of their energy consumption within the Park’s waste water treatment plant. By installing our VFDs they actually cut that by over 30 per cent, while ensuring no reduction in the dissolved oxygen levels in the aeration tanks.”

The Fabric Park’s water treatment plant had been a high user of energy and with a commitment to maximising its environmentally friendly culture and reducing its operational impact on the local surroundings, ways of reducing energy use have been a priority for the Park since it opened 10 years ago.

Invertek’s proven VFD technology helped see savings of between 28,000kWh to 30,0000kWh of energy each month after installation.

Harsha Deraniyagala, deputy general manager for Hydro & Environment at the Park, which is situated in Thulhiriya, said: “We are delighted with the results as the Invertek installation is already returning an OPEX saving of about Rs. 4.5 Million/annum and the costs entailed will be paid back in just a ten-month period.

“Before the CETP-VFD project was implemented, about 3,000 kWh/day was being consumed and this figure had now come down to less than 2,000 KWh/day while having no effect on the dissolved oxygen levels in the deep aeration tanks which are still well within stipulated limits,” he added.

Anushka Chandrasoma, application engineer at Hayleys Aventura, Invertek’s sales partner in Sri Lanka, said: “The Park had four 22 kW rated re-circulation pumps fixed inside the deep aeration tanks with motors running for a minimum of 22 hours per day and the customer wanted to save at least 25 per cent of the present consumption by fitting VFDs to them.

“We were also asked to fit VFDs for 75 kW rated aeration blower and one 11kw high lift pump, which again were running for up to 20 hours per day.

“Our installation has been able to achieve such fantastic results in such a quick period of time and it confirms that Invertek’s VFDs really are one of the best options for companies wanting to make immediate and significant savings in their energy usage which they will continue to benefit from for many years.”

“Accurate speed control combined with the high efficiency product design made this the perfect choice for the Park which is already reaping the benefits from lower energy consumption meaning the park will soon see payback for the cost of the drives and their installation, ensuring another happy customer.”