The use of application-specific bearing steels and surface treatments permits the reliability of bearings to be increased significantly, which in turn contributes to the reduction of machinery and equipment TCO (total cost of ownership). A combination of a special alloy and specific heat treatment was used to develop NSK's Super Tough steel. 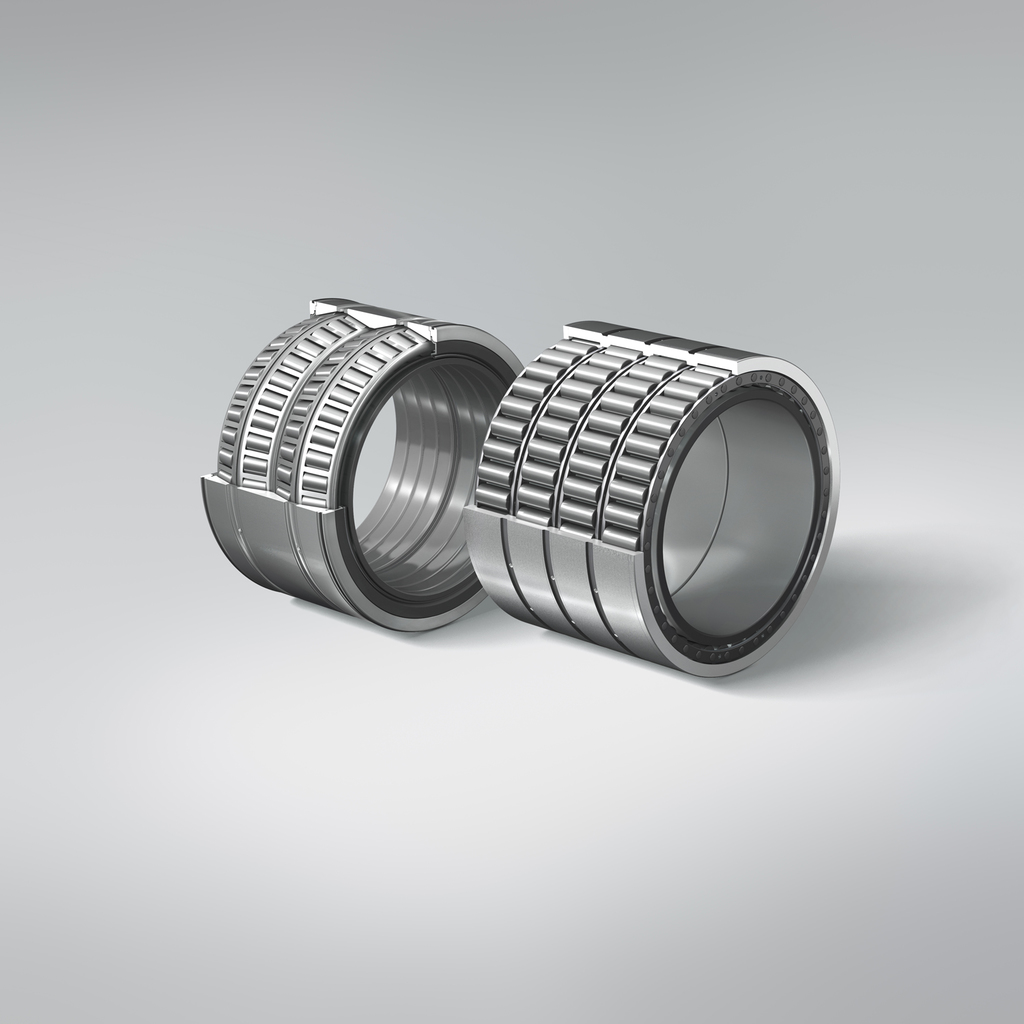 For high-performance bearings, the selection and optimisation of (steel) materials plays a central role in their development. For this reason, materials engineering is one of four core research and development technologies at NSK.

The fatigue life of alloyed bearing steels such as 100 Cr6 (or SUJ2 in the Japanese standard), for instance, depends principally on the inclusion content. Oxide or non-metallic inclusions in particular, promote negative effects under the raceway surface. As an example, it is known that aluminium oxide inclusions, which are formed by the process of oxidisation during the melt, can lead to a major reduction in bearing fatigue life. This effect is created because aluminium oxide inclusions are relatively hard and can break up when the steel is being processed, such as during forging. When break-up occurs, the inclusions shrink and weaken the microstructure.

In partnership with a leading steel manufacturer, NSK has developed materials like Z steel, EP steel and BNEQUARTET to prevent this type of negative effect. Some of these materials are manufactured using special melting processes that reduce non-metallic content and prolong fatigue life.

Heat treatment is another parameter which impacts the specific characteristics of steels and consequently also affects the bearings. This fact is why materials such as NSK´s SHX steel are subjected to a specific heat treatment that is particularly resistant to wear at high operating temperatures. Bearings of this type are required not just where heat is present as an inherent part of the process, but in applications such as machine tools, where fast spindle speeds generate high temperatures in the drive components.

During development, the characteristics of SHX steel were proven by means of comprehensive wear resistance tests, including four-ball and roller tests, as well as material and surface fatigue life tests.

The difference is in the alloy

The third parameter in the quest for greater bearing reliability is the alloy. Alloys can prevent, or at least minimise, the formation of cracks in the bearing microstructure. Again in collaboration with steel manufacturers, NSK has developed various special alloys for this application profile.

Materials such as NSK's Super Tough steel come from combining the optimum heat treatment with a special alloy (Image1). For instance, the hardening of steels using a process such as carbonitriding increases service life by a factor of two in comparison with the estimated service life under contaminated lubrication conditions. In environments where the lubricant has normal impurities, bearing service life can even be increased by a factor of 10. The reason for this improved performance is that surface-induced wear caused by insufficient lubrication or contamination of the lubricant is significantly reduced. In turn, any potential damage caused by 'white etching cracks' (WECs) is delayed.

The development of new materials is usually in response to industrial trends or changes in the application requirements. This was the case with BNEQUARTET technology, which NSK first introduced two years ago (Image2). BNEQUARTET was initially created in response to the steady increase in size of washing machine drums. The deep groove ball bearings found extensively in front-loading washing machines across Europe are subject to uneven and asymmetric loading. With increasing drum sizes, higher washing loads place even greater demands on bearings.

In response, NSK materials experts set about improving the alloy composition of a special steel that prevents cracks and indentations from forming in the raceways and, most importantly, stops them from propagating. In addition, this particular steel is especially pure. The set of measures applied in BNEQARTET technology resulted in a doubling of bearing service life while under high load and unfavourable environmental conditions.

Another example of application-oriented materials development comes from wind turbine technology. Here, damage to the bearings in the form of WECs can occur below the material surface (Image3). These white structures of brittle ferrite, which are formed by changes in the microstructure, can be observed in etched and polished cross-sections of the material. The altered structures are no longer able to withstand the high loads that are applied. WECs form and spread out, which leads to surface defects such as pitting or WSF (white structure flaking).

Scientists have never been able to fully explain the reasons for WEC. Current thinking assumes that the conditions are caused by the effects of component interaction within the powertrain. These include dynamics, mixed friction, electrical charges/currents, chemical factors, slip/slide movements and hydrogen diffusion.

Thanks to success in replicating WEC in the laboratory, NSK has subsequently been able to develop countermeasures that include the burnishing of martensite-hardened bearing steels, along with specific other materials (Image4). This additional process has been shown to significantly delay the occurrence of WEC damage.

Another effective method of reducing the probability of WEC damage is the use of bearing rings made of NSK´s Tough Steel. Using this combination of material and surface treatment, dynamic load rating can typically be improved by 23%, which in rolling bearings is equivalent to a doubling of fatigue life.

With regard to surface-induced wear due to poor lubrication or contaminated lubricant, this is greatly reduced with the use of STF bearings (Image5), while potential WEC damage is delayed. A series of NSK tests showed that the time prior to the onset of damage was doubled.

Another advantageous strategy is to use bearing rings made of ´Anti-White Structure-Tough' (AWS-TF), a proprietary NSK material that was developed specifically to prevent WEC damage. In an extensive series of tests, the operating life of conventional steel bearing rings was measured up to the moment when WEC damage was detected. Then, the test series was repeated with AWS-TF. After eight times more service life than the conventional steel bearing rings, no WEAs (white etching areas) were detected in the material.

Materials development at NSK is not only about steel. Plastic materials, as well as non-ferrous metals such as brass, are also tested in order to make precisely targeted improvements to the characteristics of cages. Furthermore, ceramics and ceramic coatings (Image6) play an increasing role when adjustments are needed to the electrical conductivity properties of bearings and their resistance to wear. On this subject, NSK has recently introduced a ceramic development called HDY2, which features optimised insulation and thermal conductivity characteristics.