The efficiency of a bioconversion plant using organic food waste to feed insects that go on to nourish farm animals and fish is being dramatically improved with variable frequency drive (VFD) technology from Invertek Drives. 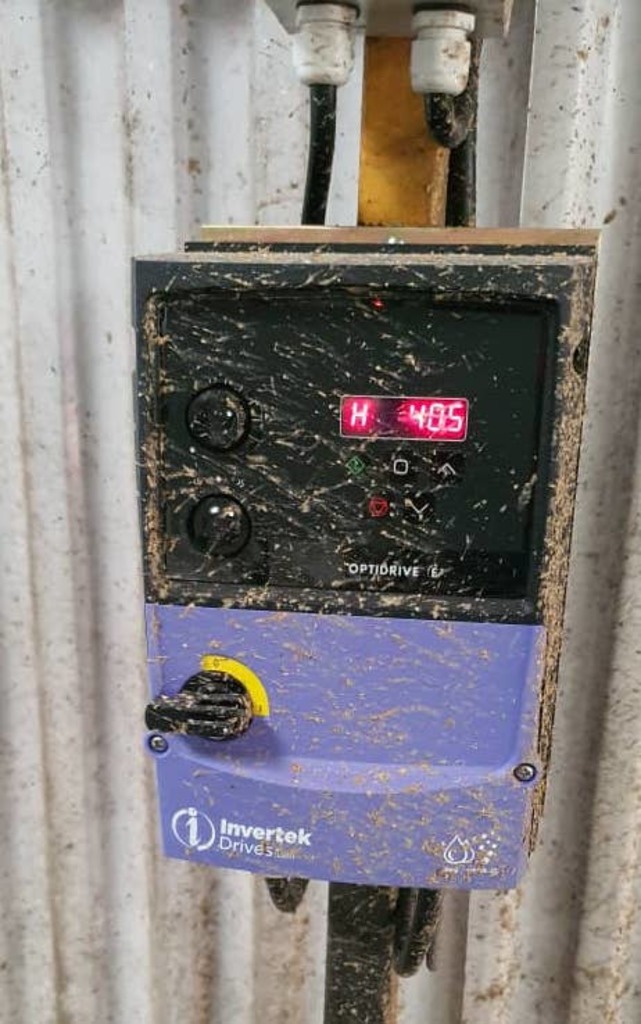 French start-up Entofood and Veolia Bioconversion have established a specialist plant in Malaysia producing the larvae from the Black Tiger Fly. The flies feed on waste food made up of unused or undervalued organic waste before producing the larvae, which is used as protein in the rapidly expanding global aquaculture and agriculture industries.

The plant uses large numbers of ventilation fans to maintain an even environment for the flies to feed on the waste before laying the larvae.

“The existing drives had been installed by the fan manufacturers and were not matching with the motor current of the fans, causing frequent tripping. This resulted in fluctuations in the facility’s environment, making production less efficient.

The harsh environment of the facility, such as washdowns, waste products and the flies themselves meant the IP66 / NEMA 4X rated VFD enclosure was a perfect solution.

The Optistick Smart, which uses NFC and Bluetooth technology, was used with the Optitools Mobile app to commission and to duplicate parameters on the 58 drives.

“Using this technology made the commissioning task and time much easier and faster,” said Khairul.

The growing market for such animal and fish food protein will mean an increase in such facilities, relying on VFDs to control fans for ambient environments.

Around 1kg of eggs from the flies produces six metric tons of protein in 10 days that is used by fish farms, poultry and pig producers, among others. It’s estimated that 10 per cent of the protein market could come from insects by 2040.

“The prospects are promising: aquaculture provides half of the fish consumed worldwide. Bioconversion will mean that cultivated fish do not have to be fed with other fish or any protein grown to the detriment of food crops or forests,” said a Veolia Biodiversity statement.

“Entofood and Veolia have complementary know-how: the first has the technology required for this new form of recovery; the second has the knowledge and expertise regarding the organic source on a global scale. This partnership could make the difference in a world where the issues of food safety, self-sufficiency and greenhouse gas reduction are critical.”