Top tips to keep your belts in business

Insight from ERIKS estimates that incorrectly installing and maintaining belt drives accounts for 98 per cent of premature failures, leading to downtime and lost production. With this in mind, Gary Price, Power Transmission Regional Product Group Manager at ERIKS highlights some tips that can extend the life of belt drives and pulleys, increasing reliability, reducing total cost of ownership, and minimising the chances of downtime. 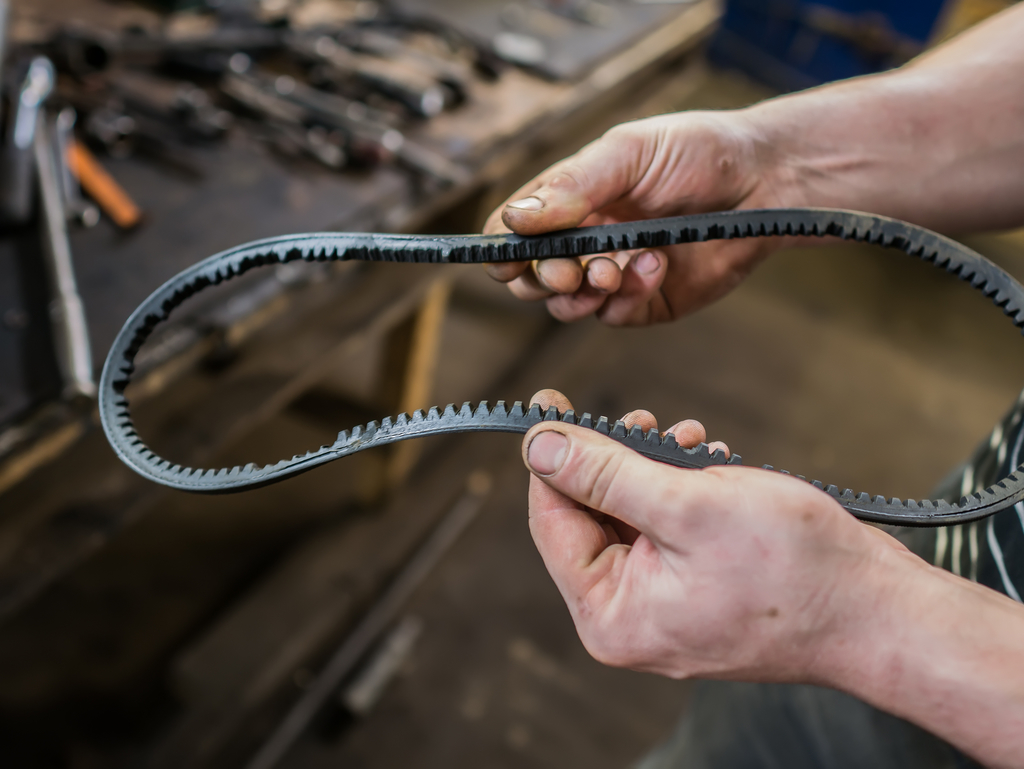 To avoid potential risks associated with belt failure and downtime, it is important to select a belt type appropriate for the application at hand. In addition to thinking about how much power will be absorbed, required running speed and the service duty of the application, the operating conditions should also be considered.

For example, if the process is subjected to harsh climates or contaminants – whether that be extremes in temperatures, condensation, dust or corrosive chemicals to name a few - make sure the specified belt can resist the challenges.

With belt tension critical to efficient performance, more accurate belt tensioning can increase belt life by up to 50% and just five per cent under or over tensioning can cause premature failure. Tension values are scientifically calculated according to variables such as the type of drive, absorbed power, how much pressure is exerted on the belt, how much movement it deflects, the number of belts installed and pulley sizes, so tensioning a belt based on the traditional method of ‘twisting a belt half a turn’ will not be adequate.

If a belt is under tensioned, it will slip in the pulley. This generates heat and increases the chances of secondary curing. Conversely, an over-tensioned belt introduces more wear in related mechanical components such as bearings and motor shaft.

To ensure belts are tensioned correctly, gauges should be used so that they are tightened to the manufacturers recommended values. Remember, friction belts need to be re-tensioned 3-4 times during their average three-year lifetime.

Best practice dictates that you slacken the tension when fitting the belt - never lever it on with a screwdriver or crowbar, as this risks damaging the belt and / or the drive. Always check the amount of belt deflection at installation, and that it has been aligned correctly with a laser tool, not by eye.

It is estimated that 50 per cent of new belts are fitted to worn pulleys – wasting energy and compromising the lifespan of new belts by up to half. Replacing a worn belt but leaving a worn pulley in place will do little to restore the efficiency of a drive, and the belt will have a far shorter life cycle than it should. For optimum performance, pulleys need changing at every third belt change.

Although friction belts are the traditional choice, timing belts have several advantages in many applications. They never need re-tensioning and maintain 98-99% efficiency for their whole three-year design life. Therefore, it can make financial sense to choose timing rather than friction belts for existing and new applications.

If you choose a timing belt you will also need to replace the pulleys – but that will lead to additional gains. For example, one timing belt can deliver the same power as multiple friction belt setups, reducing pulley sizes and space. In most cases the reduced maintenance costs, reduced downtime and lower energy requirements should provide payback in just 3-4 months.