Olsen has supplied a combined HMI and PLC connected to a linear actuator for satellite welding at the Indian Space Research Organisation (ISRO). This allows the operator to enter and adjust the required force in kilograms for each stage of the production process. 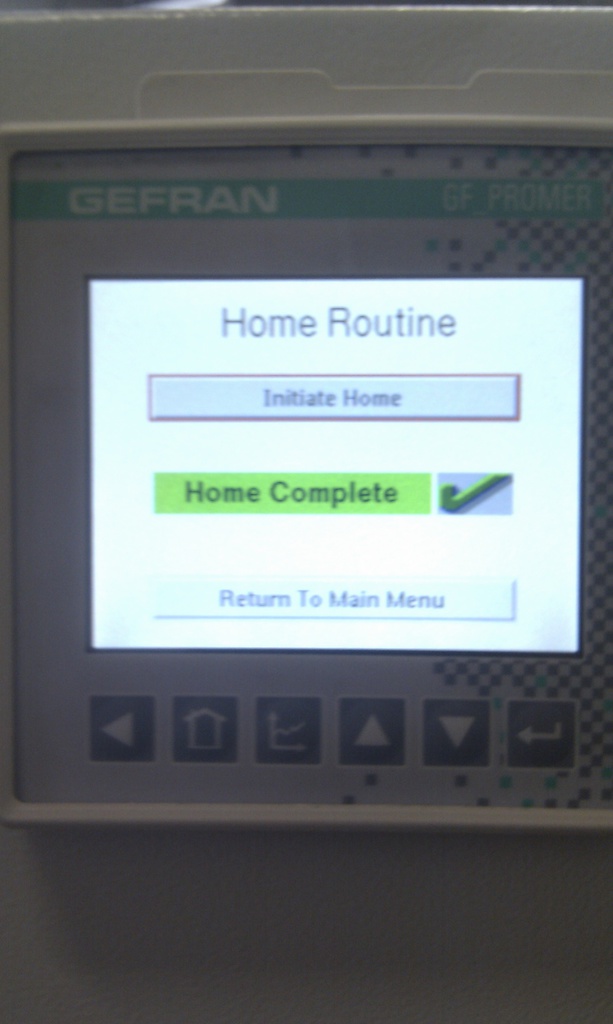 PW Resistance Welding Products welding guns hitherto used hydraulic or pneumatic actuation for electrodes to close circuit for the weld. Motor driven ball screw actuators had also been used but the company was not happy with their durability. Therefore, when PW Resistance Welding Products won a new order from the Indian Space Research Organisation (ISRO), it approached Olsen Engineering.

"This time ISRO came up with a project involving a rocket component, on the outside of which they wanted to weld wires in a way that was accurately controllable. We made a special one-off machine using an Exlar Tritex integrated motor actuator, which has a control system built into it.”

ISRO purchased a complete welding system and controller for welding components to satellite frames. Olsen Engineering supplied a fully integrated Exlar Tritex actuator together with a 3.5 inch Gefran HMI controller that incorporates a micro PLC. This included programming to allow the operator to enter the weld force, distance from the offset of the weld and speed of weld.

The Tritex actuator has a built-in servo drive which controls the motion to the initial welding position, then applies force at a certain speed to the component being welded before being retracted back to the initial position, all under the control of foot pedals.

Another key feature available was to alter the weld gap off set distance and speed of the weld to reduce production times. Three foot pedals were connected to the system using digital inputs.

Martin Glazzard, applications engineer at Gefran, says: "There was not a massive amount of coding involved. The HMI is connected by an RJ10 connector over RS485 Modbus to a four-pin DIN connector on the Exlar actuator.

"The DIN connector is used to program the Exlar actuator from a PC or HMI. You need a PC to set the system up so you need a RS485 to RS232 converter, but thereafter it can be operated from an HMI.

"There are lots of Modbus addresses inside the Exlar actuator for all the various parameters, so we had to set up the HMI with the correct Modbus addresses so that we could send the right values across the communications channel.”

The Exlar actuator can be run in ‘host control’ for simple motion control to a home position and then to a weld position. ISRO explained what was required on the HMI display and this was programmed by Glazzard using Gefran’s GF Project software.

Glazzard continues: "With the weld setup, we could look at the force in kilograms that the actuator was applying to the weld, and we could also set the speed at which the actuator moved in millimetres per second, which is then converted by the PLC inside the HMI to a value which is understood by the actuator.

"This was all coded in IEC 1311-compliant structured text (ST), which is what we use pretty much as our preferred programming language here at Gefran because it is a high-level language, whereas other manufacturers may prefer to use function block diagram (FBD) or ladder diagram (LD).

"The whole sequence of logic within the HMI was implemented using case statements in a similar fashion to those used in flowcharts, whereas in ladder you start at the top and work your way down through logical functions. The flow diagram was produced by Motor Control Warehouse and we coded in ST around it.”

The rig was shipped in 2009 and once up and running, the operator in India could input the product thickness and the offset distance from the weld, as well as the force and speed.