A complete virtual representation of drive trains and gearboxes is only possible when gearbox, rolling bearing and gearing specialists can digitally link their simulation models together. This makes the exchange of data across companies and systems one of the most important factors in generating ‘digital twins’. 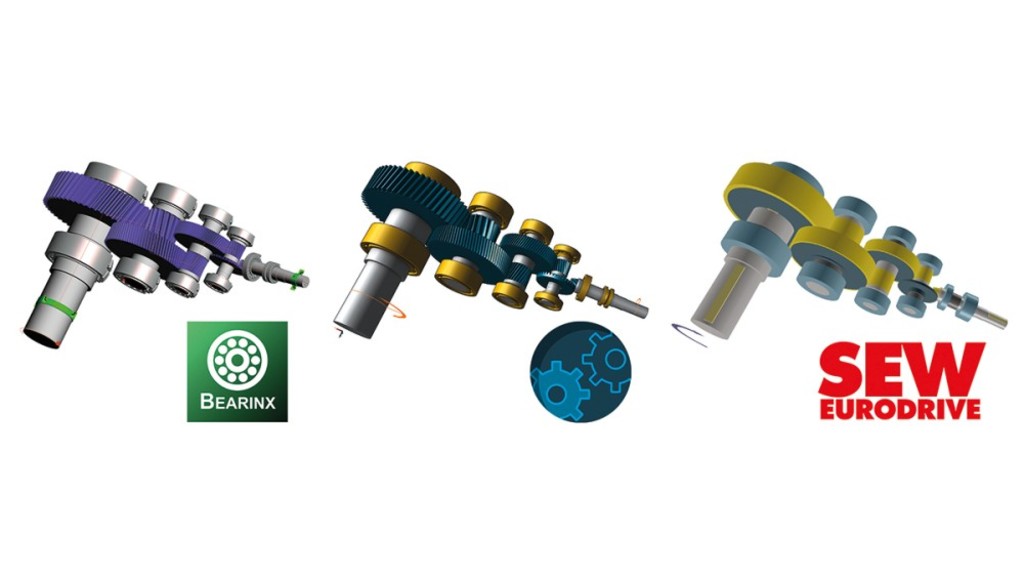 A number of specialised software and CAE tools for designing and simulating gearboxes have established themselves on the market, each of which has its own specific points of focus. However, the problem is that manufacturers and their suppliers still often exchange gearbox data manually, which is time-consuming and duplicates effort.

In collaboration with SEW-Eurodrive and the FVA (Research Association for Power Transmission Engineering), Schaeffler has developed an electronic data transmission system that replaces this manual exchange between CAE tools and eliminates repeated gearbox modeling processes by means of a standardised interface for gearbox data. Development times are therefore significantly shortened and a basis is created for the generation of digital twins that can be used, for example, to analyse operating data as part of Industry 4.0 solutions.

The format is known as REXS (Reusable Engineering Exchange Standard) and version 1.1 offers a standardised modelling system and nomenclature for any desired gearbox with spur gear, bevel gear and planetary gear stages, as well as their components. REXS is currently integrated into the FVA Workbench from version 5.0 upwards, into all current versions of Schaeffler’s Bearinx rolling bearing analysis tool, and into the SEW-Eurodrive Wesilab gearbox calculation program. Even commercial CAE tool suppliers have now implemented the REXS interface or are planning to introduce it as part of their next releases. A simple mouse click is all it takes to generate an REXS file from the gearbox models.

Schaeffler now offers the automatic exchange of gearbox data via the REXS interface. Customers can obtain calculation results from Bearinx significantly faster, which speeds up their development processes. Stephan Evert, head of Bearing Analysis Tools Development in Schaeffler’s R&D Bearings department, emphasised the advantages: “REXS allows us to reduce the outlay for linking CAE tools and simulations in the relevant software systems, while simplifying the IT architectures at the same time.”

He went on to explain: “REXS can be used by the gearbox sector as a standardised data container for the generation of digital twins.”

Gearbox manufacturers with a high proportion of customer-specific application development will benefit greatly from being able to digitally exchange data with their suppliers. “The objective is to allow different systems that have their own focal points in terms of calculation to be used efficiently and effectively,” explained Dr. Heinrich Bolz, head of Calculation and Simulation in Gear Unit Development for SEW-EURODRIVE.

Regarding the open-source project, he continued: “With REXS, gearbox data can be transferred quickly and without errors, which means the interface makes an essential contribution to the optimisation of our innovation process.”

The REXS interface is freeware, and is available at www.rexs.info together with all further information about current and future developments.

Visitors to Schaeffler’s trade show stand can watch a live demonstration that shows just how easy it is to exchange data models between CAE tools.