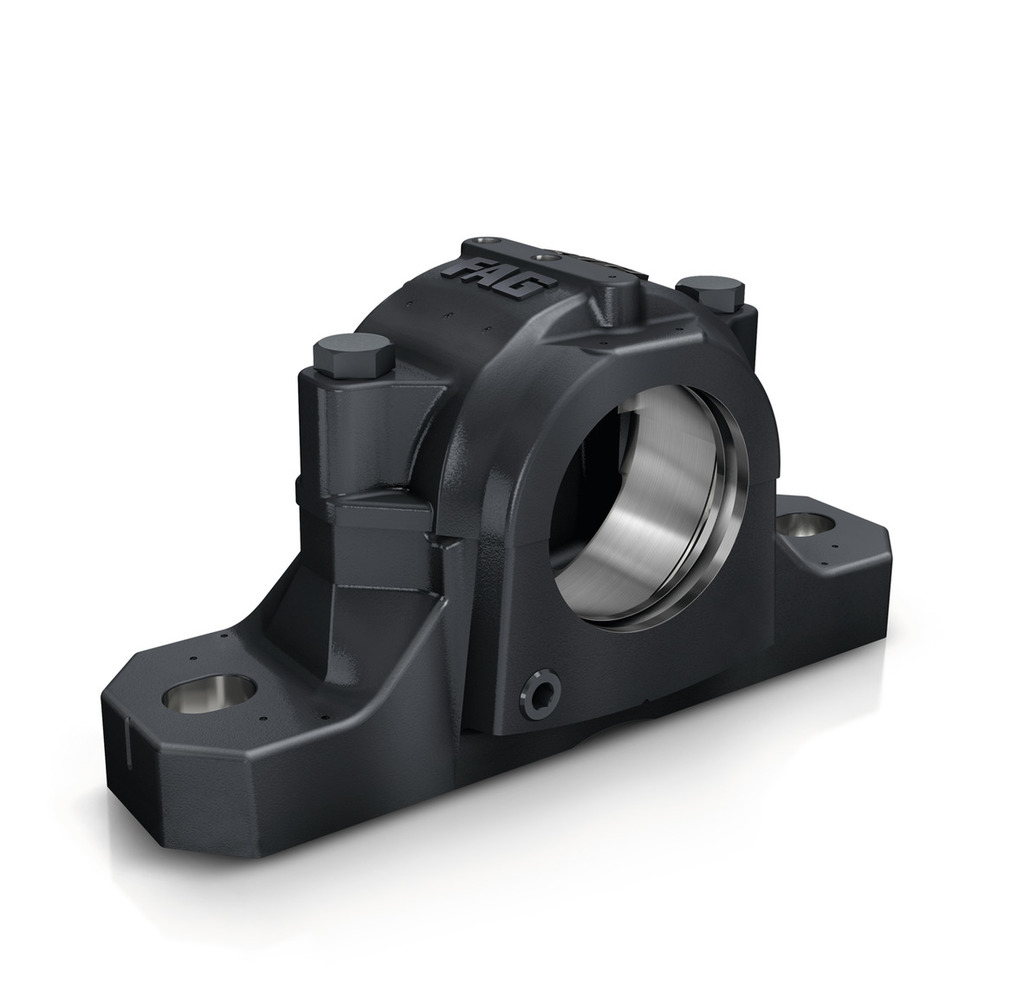 Suitable for rolling bearings of various diameters and widths, and for shafts from 20mm-160mm, Schaeffler’s SES plummer block housings are made of high-quality flake graphite cast iron. They can be used in conveyor systems, crushers and mills, drive drums, fans and turbines across a multitude of industries. For particularly demanding applications they can also be supplied in spheroidal graphite cast iron.

Seal options include double lip, felt, V-ring, Taconite and labyrinth variants, which are complemented by a choice of plastic or steel covers. Schaeffler also offers a standard range of split spherical roller bearings for use with the SES plummer block housing range, providing a complete solution for quick replacement of both bearings and housings. Unlike previously, they are compatible with all established solutions available on the market and, just as importantly, the housing dimensions adhere to common standards, so it is easy to replace competitor products with these new newly created products.

"Schaeffler is recognised across the world for its commitment to innovation and ensuring uptime within manufacturing and other process-based environments," commented Martin Ryan, Schaeffler’s director of Industrial Distribution. "Through systematic research and development, we have created a new generation of small housings that are efficient, cost effective and robust and, as such, they can significantly increase the life of the rolling bearings fitted in them. The most common sizes, including relevant accessories, are available now."