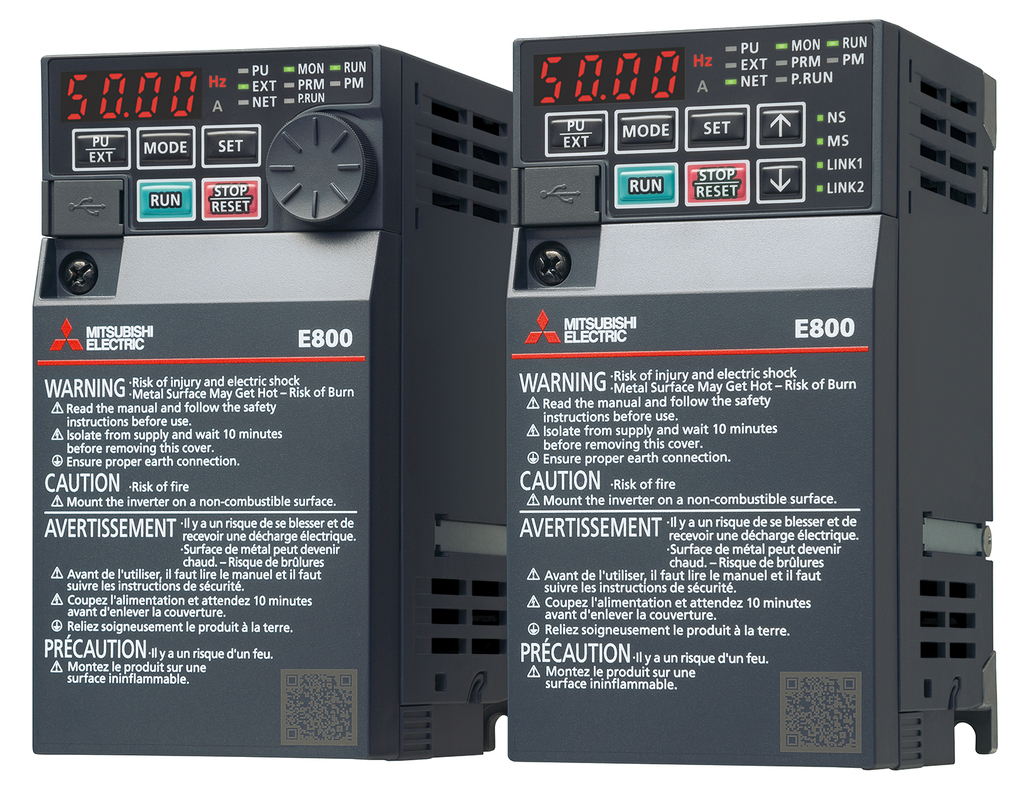 FR-E800 is a highly flexible, compact variable speed drive (VSD) series with multiple built-in networks, including TSN (Time Sensitive Networking) without the need for costly option cards and has been released by Mitsubishi Electric to support the needs of smart factories. Not only will OEM machine builders benefit from the E800 but industries including automotive, food & beverage, life sciences and water treatment will benefit from the flexible control capabilities of the E800.

Building on the Mitsubishi Electric predictive maintenance functionality, the E800   features an industry first with a corrosive gas environment detection circuit. In conjunction with Mitsubishi Electric’s proven AI diagnostic technology it helps to reduce overall downtime by allowing early identification and resolution of faults without the need for specialist skills.

To maintain safety and productivity, the E800 can be incorporated into SIL3 PLe, Cat 3 systems. Integrated safety functionality is featured as standard without the need for an encoder and includes Safe Torque Off (STO), Safe Stop 1 (SS1), Safe Brake Control (SBC) and Safe Speed Monitor (SSM).

Enhanced, customised control is provided by the built-in PLC functionality which is set up via the FR-Configurator2 software. Multiple VSDs can be controlled by a single master, removing the cost of an external PLC. The E800’s advanced autotune function can be used to control not only standard induction motors but also Surface Permanent Magnet (SPM), Interior Permanent Magnet (IPM) and in the future, synchronous reluctance motors, offering maximum flexibility and reducing spares stock holding.

With scalable power for application diversity, the FR-E800 series has output from 0.1 kW to 7.5 kW extending to 22 kW in the future.