Traditional jig manufacture can limit design possibilities and necessitate assembling several individually produced parts. It can also be time consuming if more than one version has to be produced during development. Using a 3D printer addresses these issues, particularly when the jig is of a complex or organic design, or future design changes may be necessary. Stuart Lovett from Rutland Plastic explains 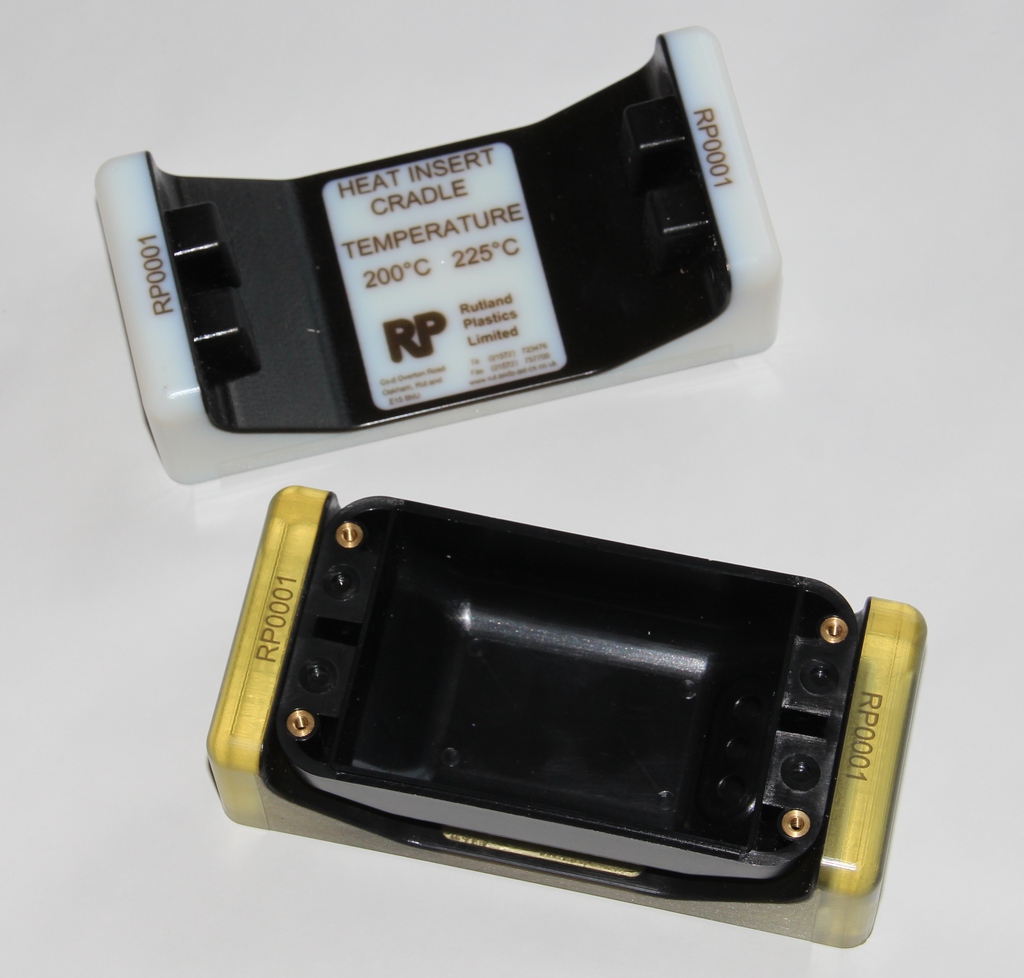 Most manufacturing processes require jigs for assembly or gauges for quality control. These jigs may be used to align, assemble or to test and calibrate throughout the production cycle.

When looking at new products, jig requirements tend to be overlooked or forgotten but their importance is soon recognised when they are absent. Sometimes the need or precise nature of their design only becomes apparent once production has started. This can mean that they need to be speedily produced to avoid disruption to production.

Traditional manufacture generally involves machining wood, aluminium or plastic. The design of the jigs may be limited by these manufacturing methods and could comprise an assembly of several individually produced parts. More complex jigs may need to go through several iterations – this can be time consuming when using these traditional methods.

Printing of jigs using the Stratasys Objet Polyjet method is especially useful when the jig is of a complex or organic design or future design changes may be necessary.

The material most frequently used for jigs is rigid and colourless with excellent dimensional stability perfectly suited to general purpose, finely detailed parts.

Rutland Plastics has seen the benefits of this approach and has manufactured a wide range of jigs for internal use with its Stratasys Objet Connex 350 3D printer.

"A printed jig option is always the first consideration whether it is for aiding assembly or some form of gauge or other quality control fixture,” says Carl Martin, technical manager. "The jigs can be relatively simple, such as a holding jig, or more complex affairs comprising a combination of printed and machined parts.”

The jig shown in the picture is used to hold an electronics enclosure for the post-moulding fitting of threaded inserts. There are four major benefits to using a 3D printed fixture in this instance:

The enclosure has an organic shape which complicates the machining process  for traditional manufacture.

Soft-touch rubber material was easily incorporated on the contact faces due to the unique multi-material feature of Stratasys Objet Connex printers. This prevents the enclosure being damaged or scratched during assembly. Again, not so easy with traditional manufacture.

The multi-material feature also made it possible to include text to identify the jig and include instructions for the fitting of the inserts.

The jig was much cheaper and quicker to produce.

For very large mouldings requiring assembly, solely printed jigs may not be feasible. Another assembly task Rutland Plastics undertakes is on large recycling bins.  These have a number of different assembly operations and the bin needs to be held securely at each stage. However, the bins are too large for some of the jigs to have been printed in their entirety so the main holding parts of the jig were printed, again with soft-touch faces due to the high gloss finish of the bin, and these were bolted to an aluminium plate. Printed drilling guides were also manufactured for the same assembly operation.

As the assembly evolved over the trialling and initial production run, additional jig requirements were identified. The jigs could be designed during the day, printed overnight and be ready for use the following day so minimising disruption. Such a quick turnaround would not have been possible without the use of 3D printing.

In addition to rapid prototyping, Rutland Plastics now offers a jig manufacturing service to other companies using its 3D printer.