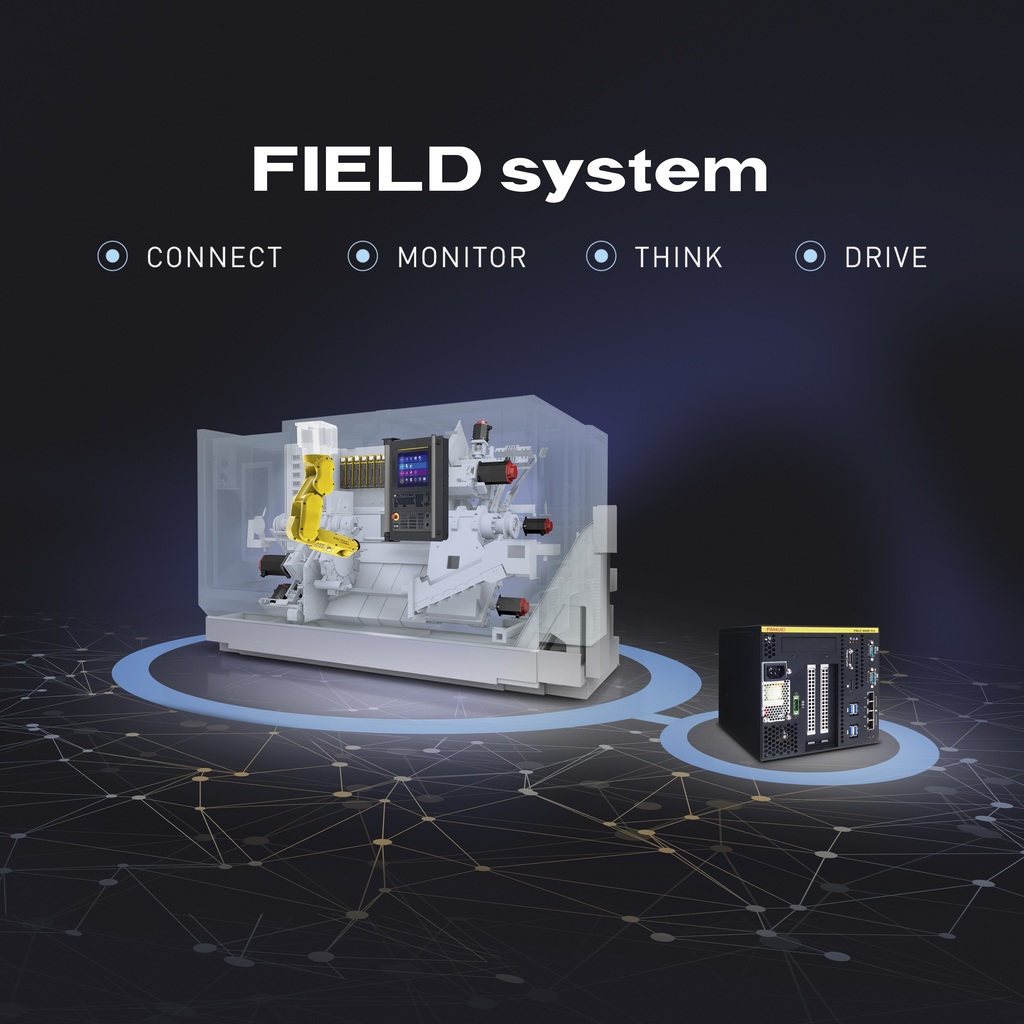 Suitable for industrial applications ranging from subcontract machine shops through to major production facilities alike, FIELD system is an open source platform which connects a broad range of FANUC and third-party production technology – including both new and legacy models dating back to 2000. Its ultimate aim is to provide fast, centralised access to all production data within a factory and help end-users take a decisive step towards Smart Factory status.

Unlike other IIoT solutions, FIELD system is ‘edge-heavy’ and collects, keeps and processes a wide range of production data at source, on the shop floor, rather than in the cloud. As such, it gives operators access to much more accurate real-time data and analytics. For larger sites, FIELD system is also fully scalable across multiple cells within a factory, and allows manufacturers to make informed and intelligent decisions that can drive tangible improvements in productivity.

"FIELD system operates primarily ‘on premises’. It ensures a fast response to edge devices without the need for a cloud connection," says Craig Taylor, European Technical Support Manager, at FANUC. “This allows for better real-time processing and autonomy to move without the internet, as well as reduced cloud communications costs and better data leak prevention. However, if customers want to store data for future analysis or make a combined data analysis from different factory locations, they can do so via a cloud solution.”

Taylor continues: “With FIELD system, we are aiming to empower the engineer, not de-skill them. Manufacturing is becoming increasingly digitised and we see FIELD system as a tool that can amplify the knowledge of those running production, by taking a few key inputs and using them to improve the efficiency and output of their operations.”

FIELD system is compatible with a number of different applications available from the newly-launched FANUC App store, which end-users can browse and download from directly. Apps include both those offered by FANUC as well as those designed by third-parties such as software houses, systems integrators and even end-users.

Among the first third party apps to be added to the FANUC App store, and also displayed at the 2019 Hannover Fair, is one from Open Data which captures the OEE (Overall Efficiency of Equipment) of the entire production system in real-time and visualises the data on a dashboard.

Taylor continues: “Ultimately, the open nature of the platform is intended to improve the efficiency and quality of a production process, while also optimising maintenance. We want FIELD system to be able to keep production running, regardless of whether the equipment is exclusively FANUC or a combination of multiple different manufacturers.”